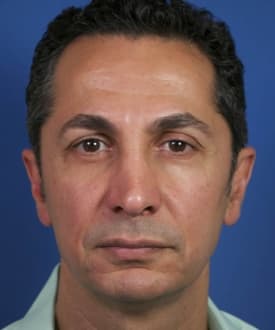 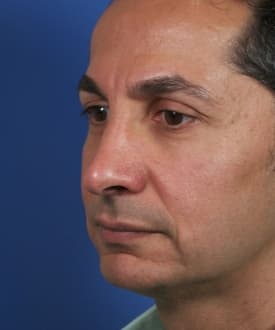 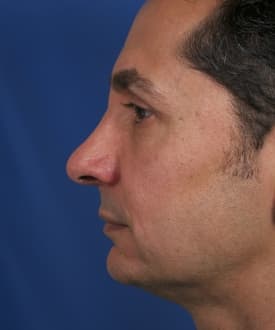 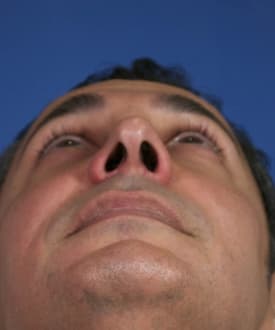 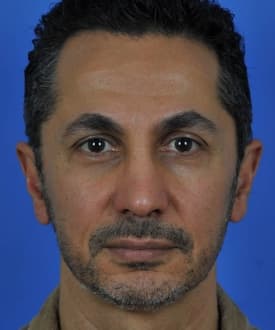 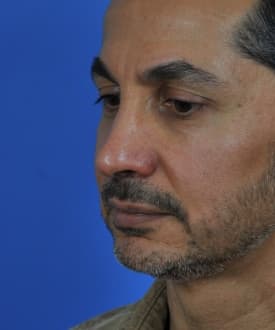 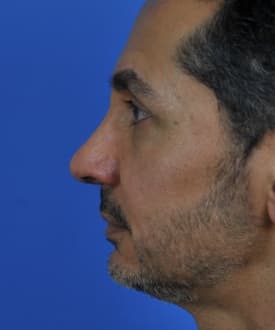 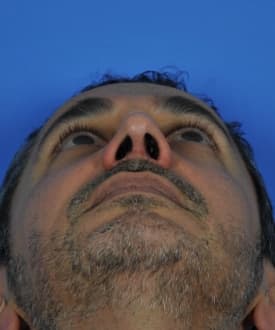 This is an example of revision rhinoplasty to help correct a collapsed nostril on the patient’s right side following prior rhinoplasty performed by a different plastic surgeon. In addition, the patient’s nose was over-projected – meaning his nose stuck out too far from his face. In the process of restoring proper nasal tip support by reconstructing his collapse nostril wall, the tip was made more proportional to the rest of his nose (and face). He now has a much more functional nose without collapse – plus his nose now looks more symmetrical and in balance with his overall facial appearance.