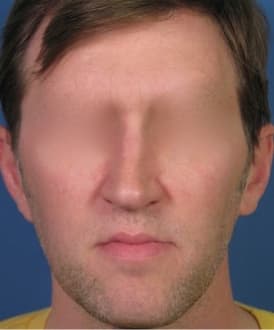 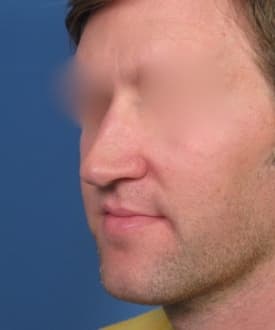 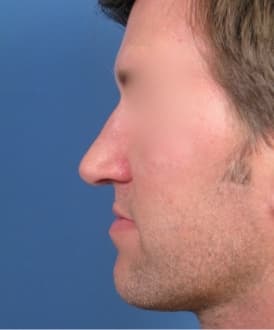 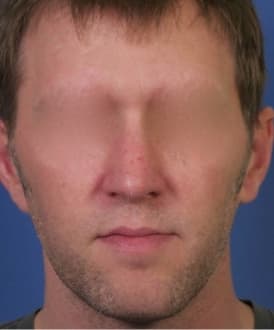 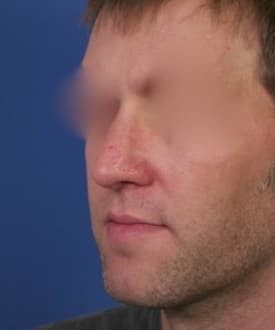 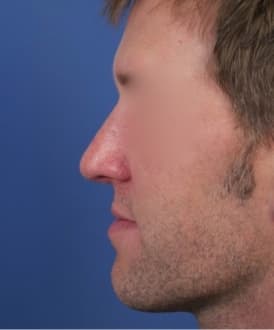 This is an example of functional nose reconstruction (corrective septorhinoplasty) in a male patient from San Diego who had trouble breathing through his nose. An open reconstructive septorhinoplasty was performed. In this process, you can see how much of the nasal framework was reshaped – providing him with a nice passive change in terms of the appearance of his nose. Of note, this is the type of reconstructive nose surgery that was covered by his insurance company since the thrust of the operation was to provide him improved nasal function (breathing).