Skin resurfacing involves treatment of the outer skin layers to help rejuvenate aged or sun-damaged skin to provide a more vibrant and youthful look. Whereas a facelift is indicated for deep facial creases, skin resurfacing is the treatment of choice for diffuse, fine facial wrinkles. A number of different resurfacing techniques exist, with laser and chemical peeling being the two most common. 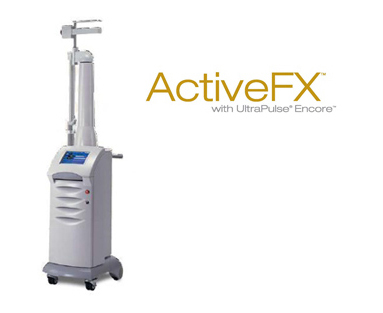 For laser resurfacing, our facial plastic surgeon, Dr. John Hilinski, prefers to use the Lumenis® Encore carbon dioxide (CO2) laser. This system has two main configurations – termed Active FX and Deep FX – which are both excellent choices for resurfacing skin. The laser functions by carefully and uniformly removing unwanted damaged skin layers, but in a fractionated manner. This means the laser works by resurfacing a fraction of the skin using carefully designed, computer-generated patterns – essentially leaving microscopic areas of healthy skin that allows quicker healing and recovery. Minimal bleeding occurs because the laser also helps seal tiny capillaries (small blood vessels) during treatment. As healing takes place, a new more rejuvenated skin begins to flourish. Regenerating skin is smoother, more uniform in color, and has better elastic properties. The collagen fibers within the skin actually begin to tighten as a result of the laser peel, resulting in somewhat of a “mini-lift” to the face. An added benefit to laser resurfacing is the removal of pre-cancerous skin lesions, such as actinic keratosis.

Healing time for fractionated laser treatments can be as short as just a few days for a micro-peel and upwards of 10-14 days for a full, deep peel. During this time meticulous wound care is necessary in the form of topical moisturizers. Hypoallergenic make-up can be worn after the new skin has started to come in, which helps to conceal residual redness. Most people are comfortable returning to normal social activity by this time.

Chemical peels are an alternative to laser resurfacing. The concept is similar to laser treatment, but chemicals are used instead to remove the outer layer of skin. Healing takes place in a similar fashion as it does with laser over a similar time period.

Most cases of skin resurfacing are done under local anesthesia (without going to sleep) in a minor surgery setting. Results can be quite dramatic in terms of improved skin texture and overall facial appearance. In many cases, skin resurfacing can help delay the desire or need for facelift or browlift surgery by several years, if not longer. To maintain the healthy benefits of skin resurfacing, an extended skin care program will be offered to you. 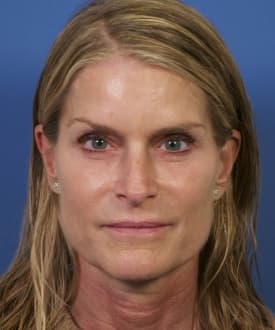 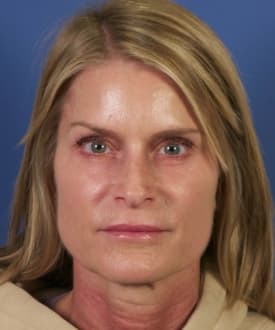