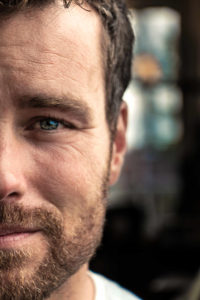 What percentage of Botox patients are men? In our practice, it is about 20%, but rising every year! That is because Botox and Dysport treatment has become less and less taboo for men seeking to reduce unwanted fine lines and wrinkles in their face. If women can do it, why not men, right?

The fallacy has been that Botox and Dysport will make a male face look ‘off’ somehow or another. But, the reality is that Botox and Dysport can be done where it simply enhances the rugged look of a typical male patient. Normally this means not putting in too much, which is a good policy in general when it comes to cosmetic treatments. This includes avoiding over injection of the forehead region where the eyebrows could potentially  rise up – almost feminizing a male face.

In the right, trained hands of cosmetic experts like Dr. John Hilinski and his aesthetic RN staff members, men can expect to see a nice improvement in the appearance of their face as a result of Botox and Dysport. They should still look rugged and masculine – just with less wrinkling and deep lines across the face.