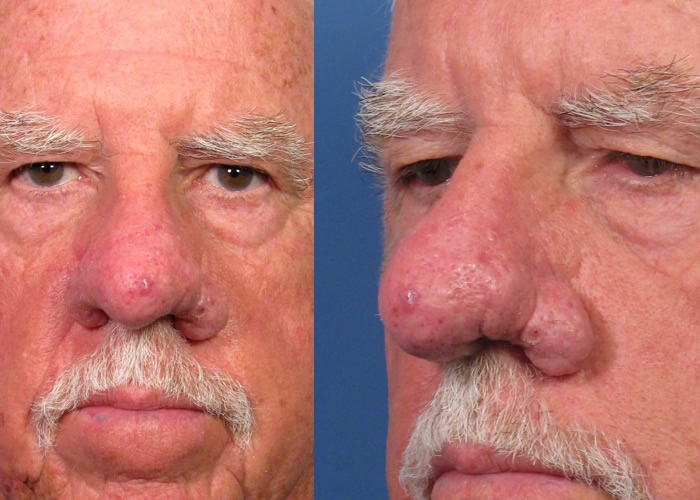 Rhinophyma is a fairly uncommon disorder that can have dramatic effects on the shape and function of the nose. The photo example shown here demonstrates this visually where you can see how the skin of the nose almost appears ‘overgrown’ in a sense and slightly red. Many patients describe their nose as being bulbous or even ruddy (reddish).

Rhinophyma is a condition that makes the nasal skin much thicker than usual – especially in the region of the nasal tip and nostril base. This is because the nasal tip and nostril skin are much more densely populated with glands when compared with the skin overlying the upper bridge. When these glands become overactive, as in rhinophyma, the skin becomes much thicker and more nodular in appearance. Contrary to what many believe, rhinophyma is not a neoplasm or tumor. Although the exact cause of rhinophyma is still unknown, it is closely correlated with acne rosacea – where many patients with long-standing rosacea ultimately develop some degree of rhinophyma.

The end result is a nose that can look quite unusual – almost embarrassingly so. In many cases, rhinophyma patients seek out surgical treatment because of the cosmetic deformity that draws unwanted attention to their face. Just like any other cosmetic issue involving the nose (a large bump or droopy tip), it is just not feasible to hide or conceal the deformity on a day-to-day basis. The only way to really deal with the problem is to have cosmetic surgery to make a permanent change.

However, there is a good percentage of rhinophyma patients who have actual trouble breathing through the nose. This is because the much thicker nasal skin from rhinophyma creates undue heaviness that overwhelms the underlying cartilage framework of the nose. In a sense, the nose skin simply becomes too heavy to support. This can then lead to collapse of the nostril opening and trouble breathing through the nose.

In other more severe cases of rhinophyma, the nose skin becomes so overgrown it begins to block the line of vision in some patients.

Other Names for Rhinophyma

Other names or terms for the condition of rhinophyma include the following:

It is fairly well established that rhinophyma affects men much more frequently than women. In fact, one study reported that approximately 90% of the patients presenting with rhinophyma were male (S. Sibenge and D. J. Gawkrodger, “Rosacea: a study of clinical patterns, blood flow, and the role of Demodex folliculorum,” Journal of the American Academy of Dermatology, vol. 26, no. 4, pp. 590–593, 1992).

Although topical medications can be used in some very mild cases, most rhinophyma patients require some form of surgical treatment to help address the deformity. Surgery for rhinophyma involves one of essentially three different methods to reduce the volume of glandular soft tissue covering the external portion of the nose. These include the following:

Laser surgery for rhinophyma is my preferred method for treatment in nearly all cases. This is because the laser (typically a CO2 or Erbium laser is used) can effectively ablate, or cut, away the diseased rhinophymatous tissue with minimal bleeding. The laser is also great for rhinophyma because I can more precisely remove the diseased skin in an incremental manner to achieve the desired surgical outcome.

Dermabrasion can also be used for rhinophyma where a scalpel or dermabrader device is employed to gradually ‘sand down’ the diseased rhinophymatous skin. Unfortunately, dermabrasion is associated with more bleeding during the surgery – not that it is the type of bleeding that is considered unsafe or dangerous for the patient. It is the type of bleeding that is more inconvenient for the surgeon and the support staff. In addition, dermabrasion for rhinophyma also produces what is called aerosolized particles – meaning, some of the diseased tissue can become airborne as it is shaved off. This, again, is not a real concern for the patient. It is a safety concern in some cases for the surgeon and support staff who might be exposed unnecessarily to bloods-borne pathogens.

In the last several years, a powered microdebrider has also been used effectively to treat rhinophyma patients. This type of technology employs a powered device that is usually used during sinus surgery. It is a powered instrument that has a rotating cutting burr that is connected to a suction device. As the burr cuts the diseased tissue, the debris is suctioned up into the device. By using this type of powered instrument in rhinophyma surgery, there is less of a risk for aerosolized particles because the debris is suctioned up immediately. There is still more bleeding compared with laser treatment for rhinophyma. But this can be managed relatively easily during the surgery.

As noted above, my preferred technique for rhinophyma treatment is laser ablation. This is case example of how the laser can be used to treat a patient with rhinophyma of the nose.

This patient presented to our office complaining of gradual but progressive changes in the appearance of his nose. In addition to the cosmetic issues, he noted incremental decline in his ability to breathe through his nose – especially on his left side. As you can see from his photos, there is moderately severe rhinophyma involving the lower one-half of his nose. The skin is obviously thicker and more irregular in surface contour. It is also ruddy in its overall appearance.

This patient’s procedure was performed under anesthesia, although not everyone requires general anesthesia to have laser rhinophyma surgery. During the procedure, a CO2 (carbon dioxide) laser was utilized to ablate, or remove, the diseased, thickened skin overlying the nose. The operation took about 45 minutes to perform. Once done, the nose was covered with a medical ointment to prevent any drying of the remaining skin surface. This type of topical ointment is recommended to promote faster healing of the skin. Within about 7-10 days after surgery, the patient’s nose was considered presentable enough to go out in public. Within the following weeks, the swelling began to subside to the point where his nose was looking quite good. Overall, it takes much longer (on the order of months) for the nose to completely heal from this type of laser surgery.

Following laser rhinophyma surgery, note how much better the nose looks overall. His nose is now much smoother in terms of surface contour. It is also much more symmetrical in shape now that his left nostril has been treated more preferentially with the laser. In general, one can easily tell how his nose appears smaller in size with a relatively natural look. In addition, this patient noted a marked improvement in his nasal breathing. This is a direct result of debulking the heavy, weighted soft tissue that was pushing down on his nostril rims. 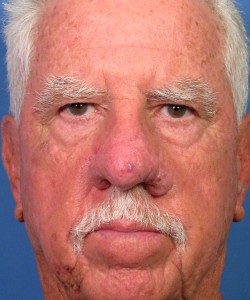 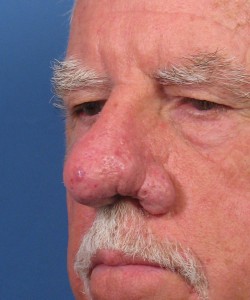 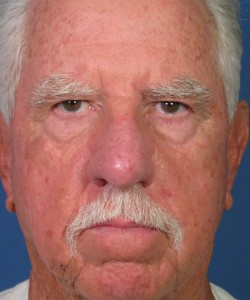 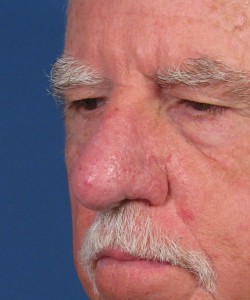 If you are suffering from rhinophyma and considering surgery to treatment the problem, contact our office today. Dr. Hilinski is one of the region’s most respected names when it comes to cosmetic and functional nose surgery. 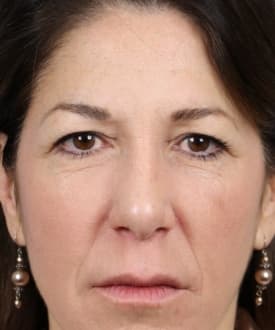 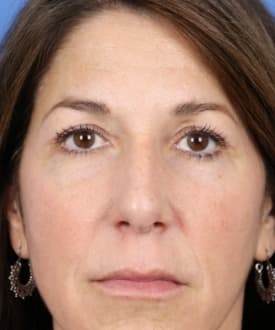