This is a classic example of upper eyelid ptosis (pronounced ‘toe-sis’) repair in this female patient from San Diego, CA, who desired an eyelid lift for functional indications. As was noted in the general discussion of functional eyelid blepharoplasty, ptosis of the upper eyelid implies an abnormal drooping of the eyelid into the colored portion of the eye (called the iris). This has also been referred to as blepharoptosis. In many patients who present to the facial plastic surgeon, the levator muscle and its associated aponeurosis (connective tissue layer connected to the muscle) are implicated as the problem. The levator muscle is a tiny, thin muscle located deep within the upper eyelid that plays an important role in maintaining an open eyelid position. This is much like suspenders helping to maintain proper position of one’s pants. In cases of upper eyelid ptosis, the levator muscle and aponeurosis are not functioning properly. In many instances it is because the levator aponeurosis is elongated (stretched) or weak, which allows the upper eyelid to hang too low. In other cases, the levator actually separates from its normal attachment point, a condition called levator dehiscence. This is analogous to a strain or tear in a tendon elsewhere in the body. The end result is excess drooping of the upper lid and draping over the eye that contributes to obstructed vision. In addition, the upper eyelid hangs lower than normal and creates an undesirable cosmetic appearance that many patients describe as a persistent, excessively tired look. 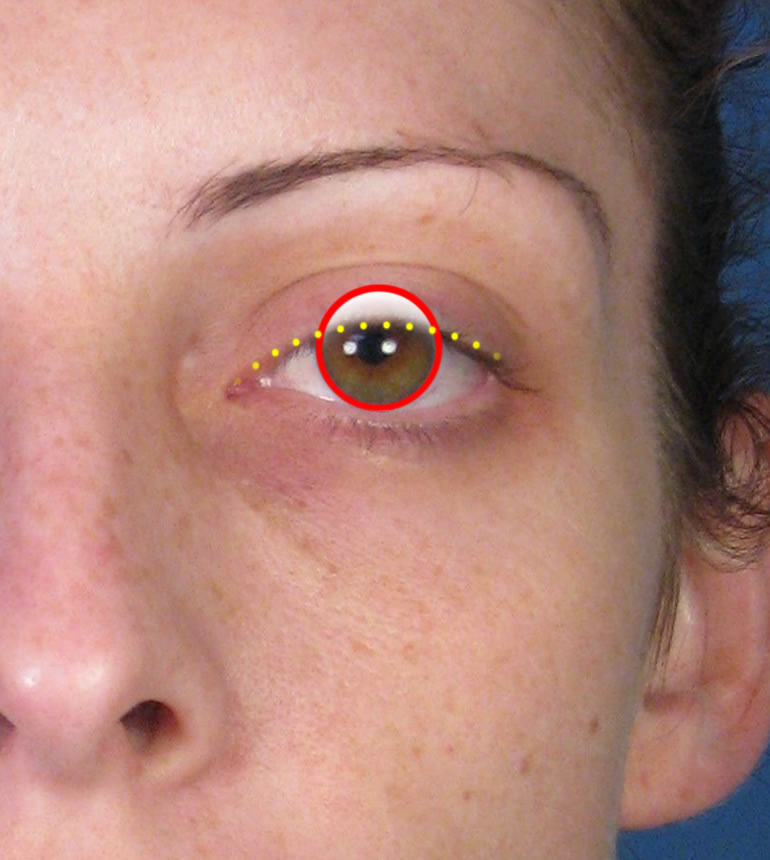 This concept of upper eyelid ptosis is demonstrated visually in the adjacent photo diagram. The outline of this patient’s iris is indicated by the red circle. As you can see, the edge (margin) of the upper eyelid (indicated by the yellow dotted line) drops a good distance into the iris. In fact, in this particular patient the upper eyelid margin was measured as being approximately 5 millimeters (mm) into the iris and nearly approached the actual pupil of the eye (the black center). This is nearly 3-4 mm more than normal (see white shaded zone) and qualifies the eyelid as being ptotic, or having ptosis. If you look at the upper eyelid in this particular patient, you will also note that it appears excessively long in the vertical dimension. Meaning, there is a greater than normal distance when measuring from the lid margin to the lower border of the brow. This would make sense since the upper eyelid is drooping down. But what this translates into esthetically is an abnormally long upper eyelid contour that is cosmetically displeasing. This is partly because ptosis makes the eye look less open and, therefore, more tired or aged.

How Is It Corrected?

Surgical correction of this type of upper eyelid abnormality requires careful planning to ensure a successful outcome. An experienced facial plastic surgeon will be able to examine you and determine whether or not the ptosis is something that is amendable to standard surgical repair. If so, this typically involves making an incision in the upper eyelid very similar to what is used in common blepharoplasty cases where the eyelid is being lifted for strictly cosmetic reasons. In ptosis repair, the goal is to lift the upper eyelid so that vision is improved and there is no longer any unwanted draping effect. This is why ptosis repair is considered ‘functional upper eyelid surgery’ – because the intention is to improve the function of the lid. This is also why many cases of upper eyelid ptosis repair are frequently covered by your health insurance carrier since it is considered a medical condition.

That is precisely what was done in this case study of upper eyelid lift surgery. As you can see in the preoperative photos provided here, her upper eyelids were both ptotic. As is usually the case, one eyelid was more droopy than the other. In this case, the patient’s left upper eyelid was more droopy than the right by 1-2 millimeters. If you look closely at her upper eyelids, you can also appreciate that the lids look excessively long as discussed above. In addition to blocking her vision, the ptosis was also contributing to an excessively tired appearance, which was also quite bothersome to the patient. 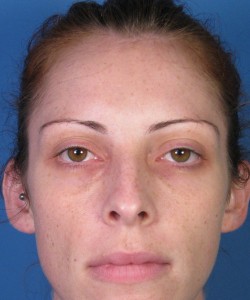 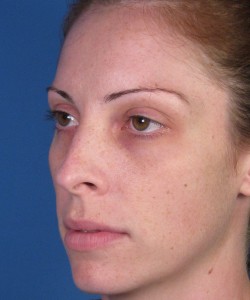 As you can see from the before and after photos, there is a fairly dramatic improvement in terms of her upper eyelid position. The eyelid margin has been lifted nicely by 3-4 millimeters to create a more open looking eye by reversing the ptosis. In addition, her eyelids now appear more symmetric with one another. The end result is a patient whose vision is now markedly improved and eyelid appearance has been cosmetically enhanced. 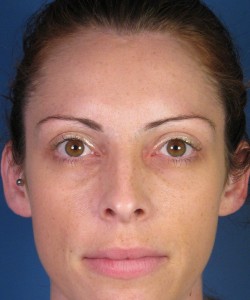 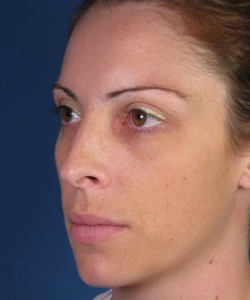 If you or someone you know has ptosis of the upper eyelid and is considering an eyelid lift to correct the unwanted drooping, please contact our San Diego facial plastic surgery office today for further information. 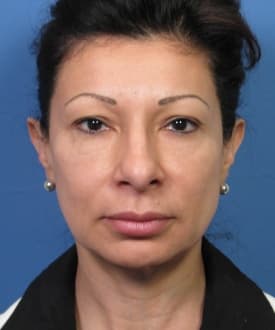 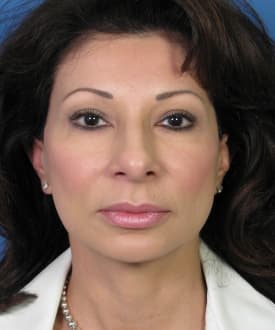