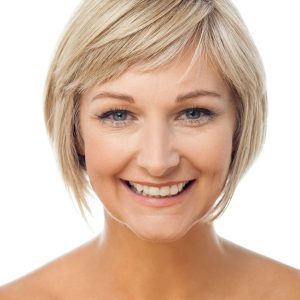 The midface lift is a procedure that helps restore a more youthful look to the cheek area. This is an area of the face that is not always effectively treated by the traditional facelift procedure. As we age, the cheek area begins to droop. In many cases this results in unwanted flattening of the cheek, which contributes to a tired, aged look. In addition, this can reveal unwanted puffiness below the eyes and deepening of the smile lines (as the cheek begins to hang down).

Overall, the midface lift procedure is ideal for patients who have unwanted drooping in their midface and/or a hollow look under the lower eyelids. Midface lift patients often complain of a tired, aged look to the midface. Some have never had significant volume or contour over the cheekbone while others have seen a significant drop in contour due to sagging of the cheek fat pad. Some patients who are considering possible cheek augmentation with a cheek implant may also be candidates for the midface lift.

The midface lift helps reverse these signs of aging by restoring and enhancing cheek volume. Using incisions that are essentially hidden, the underlying cheek muscle and soft tissue are elevated and lifted. The tissue is repositioned higher on the cheek so that the cheek volume and prominence is restored. The midface lift also helps the lower eyelid naturally blend with the cheek. The procedure also helps “soften” and remove the deep smile line crease.

The midface lift can be done under deep sedation or general anesthesia as an outpatient procedure. It is usually performed in an outpatient surgery center though in rare cases some patients can elect to have the procedure done in the office-based setting with local anesthesia. Many patients opt to have the midface lift while undergoing other procedures such as a facelift and browlift. The surgery takes only a few hours with limited swelling and bruising that may last for several days. Patients are advised to sleep with the head elevated and apply ice compresses during the first few days. Any pain that patients experience is well controlled with low-dose prescription medication. Patients are usually able to return to work within seven to ten days after the midface lift and often sooner for those not bothered by any residual swelling.

For a procedure that is minimally invasive, the results can be quite dramatic and long lasting. Come in today to see if you are a candidate for the midface lift.

Q – What is the midface lift?
The midface lift is a procedure designed to lift and rejuvenate the midface region, or the area in between the lower eyelid and upper lip. The midface lift can soften and improve a deep smile line (nasolabial fold) and help to provide additional contour and volume to the cheek region – a classic sign of youth. There are two main types of midface lift procedures. The first is termed a ‘temporal midface lift’ and helps to lift the cheek upward and laterally. This is for patients who do not have a significant loss of volume along the medial cheek/eyelid junction (adjacent to the nose) and who primarily desire more contour and fullness over the cheekbone. The second type is termed a ‘vertical midface lift’ and helps to elevate the cheek soft tissue directly upward toward the eye. This approach is used in patients who have a loss of volume across the entire eyelid/cheek junction as well as over the cheekbone. These patients will benefit more from a direct vertical lifting of the soft tissue.

Q – Who is a good candidate for a midface lift?
Healthy men and women who are bothered by aging changes involving the midface region are good candidates for the midface lift. Most patients present with a complaint of a tired, aged look to the midface and often have a flattened appearance or hollowed look between the lower eyelid and upper lip. Many have never had significant volume or contour over the cheekbone, while others have seen a significant drop in the contour they once had due to descent/sagging of the cheek fat pad. A midface lift will elevate and reposition this soft tissue and fat pad higher on the cheek, thereby providing a more contoured, youthful appearance.

Due to the drop in soft tissue and fat, many patients will begin to demonstrate a worsening appearance of the lower eyelids. In fact, lower eyelid puffiness will often be exacerbated by a drop in the midface region. For this reason, candidates for lower eyelid blepharoplasty are at times also candidates for a midface lift. Because the midface is an area that is not effectively addressed by traditional lower facelift surgery, the midface lift is often done in conjunction with other procedures such as a lower and/or upper facelift for complete facial rejuvenation. Some patients who are considering possible augmentation of the cheek area with a cheek implant may also be candidates for a midface lift procedure.

Q – What type of anesthesia is used for the midface lift?
Most midface lifts are done under deep sedation or general anesthesia. Rarely a straight local anesthesia can be used if the procedure is performed in the office setting.

Q – How is the midface lift performed?
The temporal midface lift begins by marking the patient in the upright position. An incision is made in the temporal (temple) hair and a tunnel is then created that extends down over the cheekbone and under the cheek fat pad. This is extended further below the eye down to the smile line. A separate incision can then be made under the lip that helps to mobilize the entire midface region. Either a looped suture or an endotine midface suspension leash is then used to lift the midface soft tissue in an upward and lateral direction, thus providing a more pleasing, youthful position while adding volume and contour over the cheekbone. The endotine midface suspension leash is a surgical instrument used to elevate and stabilize the soft tissue. After it is placed, it begins to slowly absorb over the next six to nine months. By that time, the midface tissues have scarred down sufficiently in their new position to maintain the results of the lift. The incisions are then closed with fine sutures.

A vertical midface lift begins with the external lower eyelid incision. The eyelid skin and muscle are then separated from the surrounding attachments, thus allowing access to the orbital rim (bony eye socket). The cheek fat pad is then separated off of the bone. A separate incision made under the lip allows for further mobilization of the midface. The midface soft tissue is then lifted in a vertical direction to restore volume and contour up to the lower eyelid junction. The tissues are stabilized in place with multiple sutures to help maintain the results and the incisions are closed with fine sutures.

Q – How long does the midface lift take to perform?
A midface lift can take between one and a half to three hours to complete depending on what approach is being used and how much work is being done.

Q – Where are the incisions made for the midface lift?
Incisions for a temporal midface lift are hidden in the hair-bearing scalp overlying the temple region. In many cases, a second hidden incision is made under the upper lip (sublabial incision) to further help in elevating the cheek. With this type of midface lift there is essentially no visible incisions or scars. Incisions for a vertical midface lift are made along the eyelash of the lower eyelid with a short extension into the natural skin crease at the corner of the eye. This is very similar to a lower eyelid subciliary blepharoplasty incision, which heals with a nearly imperceptible scar. A second hidden incision is also made under the upper lip to help in elevating the cheek.

Q – Is the midface lift a painful procedure?
Any pain or discomfort that patients experience is well controlled with low-dose prescription medication.

Q – What is the recovery like after a midface lift?
During the first few days after the midface lift, patients should sleep with the head slightly elevated at a 30 degree angle to minimize swelling. Ice compresses are also highly recommended during the first three to four days after surgery. An application of twenty minutes on followed by twenty minutes off is usually sufficient to control excess swelling and bruising. Small bags of frozen peas seem to work ideally for these purposes since they conform to the shape of the midface. It is important that patients minimize excess movement of the midface during the initial recovery as this can adversely impact the surgical results. Any pain or discomfort that patients experience is well controlled with low-dose prescription narcotic medication. Patients are seen within four to seven days after surgery for their initial post-op check-up. Swelling and bruising may still be noticeable up to several weeks after the midface surgery, though patients are usually able to return to work within seven to ten days. In most cases, the midface lift is slightly overcorrected to allow for settling that inevitably takes place following this type of surgery.

Q – Are there risks or complications with the midface lift?
As with all types of surgery, there are potential risks associated with the midface lift. As with most surgery involving the face, there is the potential risk of damaging the nerve that controls movement of the forehead region. However, the tunnel that is created during the procedure is positioned along a predictable anatomic pathway that essentially minimizes the chance of this complication occurring. All patients have an asymmetric face to begin with before surgery and, though every attempt is made during the procedure to create as symmetric a result as possible, some mild degree of asymmetry will result. In most cases, this is not sufficient enough to be noticeable.