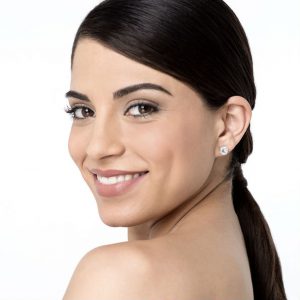 Brow lift surgery, also known as a forehead lift or eyebrow lift, is a procedure that elevates and reshapes the eyebrow region in order to achieve a more youthful appearance. As we age, gravity and a loss of skin elasticity can cause the eyebrows and forehead to descend or droop. This can result in a heavy, tired look with deeply creased wrinkles on the forehead. A descended brow can also cause the eyelids to sag or look crowded, adding to a prematurely aged look.

San Diego plastic surgeon Dr. John Hilinski performs brow lift surgery and is highly experienced in multiple advanced techniques. Although the brow lift can be done as an isolated procedure, it is commonly performed in combination with blepharoplasty (eyelid surgery). Together these procedures help provide a more rejuvenated look to the entire upper face and forehead. The brow lift is also commonly performed in tandem with facelift.

Traditionally, the brow lift procedure required a wide incision across the scalp. Now, with the advancements in surgical technology, a brow lift can be done endoscopically (endobrow), which only requires small incisions. In this less invasive surgical technique, small telescopes are used to reposition the brow. As a result, there is minimal downtime with less swelling, bruising, and numbness.

“Dr. Hilinski was very good an communicating my options for several procedures. He took the time to make sure I understood how to achieve my goals while still maintaining a natural look. He is very knowledgable and approachable. It meant a lot to me and helped me to make a decision that I was very happy with. If you are looking for great, natural looking results for any procedure, I would highly recommend him!”

What Happens During a Brow Lift Procedure?

The first step is a consultation appointment at our San Diego office to discuss your surgical options with Dr. Hilinski. Brow lift surgery is typically performed at an outpatient surgery center, although some limited brow lifts like the temporal brow lift may be performed as an office-based procedure. Deep sedation (twilight anesthesia) or general anesthesia are commonly used. In some cases, local anesthesia alone may be used for a lateral temporal lift, direct brow lift, or indirect brow lift. The surgery typically takes two to three hours to complete. Dr. Hilinski is dedicated to providing the best possible surgical experience to each patient.

Patients who have brow lift surgery are often pleased by how much younger and refreshed they appear. Dr. John Hilinski strives to exceed patient expectations and deliver results that help his San Diego patients look naturally rejuvenated. View photos of real patient results in our brow lift gallery.

Swelling and bruising are common during the first seven to ten days after surgery, particularly around the eyes. Any pain or discomfort that patients experience can be controlled with low-dose prescription medication. Dressings, bandages and stitches are removed 5-7 days following surgery. Refinements and improvements are seen immediately after the dressings have been removed. Final healing takes place over several weeks. Most patients are presentable in public within seven to ten days and work can usually be resumed at this time. Patients who are not bothered by the bandages may be able to return to work sooner.

Am I A Candidate For Brow Lift Surgery?

Patients who are interested in a brow lift are often looking to improve a tired, sad, or aged look caused by unwanted heaviness of the upper eyelid. Many brow lift patients initially inquire about upper eyelid surgery, also known as blepharoplasty, as a heavy or drooping brow may be partially or entirely responsible for the cosmetic deformity along the upper eyelid region. It is not uncommon for patients to undergo a combined brow lift and upper eyelid lift. Some patients have excess eyelid skin and a heavy brow which contribute to impaired peripheral vision, in which case the surgery may be covered to some degree by insurance. You may be a good candidate for brow lift surgery if you are:

How Much Does A Brow Lift Cost?

The price of brow lift surgery can vary greatly based on a number of factors, including the type of brow lift, and the surgical technique and anesthesia that is used. During your consultation appointment, Dr. Hiliniski will outline your options and our office will provide you with a transparent estimate of your surgical cost. We offer a number of payment options, including financing for qualified patients. Learn more about financing options for brow lift surgery.

Q – What is a brow lift?
The brow lift, also known as a forehead lift or browplasty, is a plastic surgery procedure designed to rejuvenate the upper one-third of the face, or the area above the brow. The brow lift can elevate and reshape the brow to improve brow shape and/or heaviness or drooping of the brow.

Q – How is the brow lift performed?
The exact nature of the brow lift surgery will depend on the technique used. For an isolated temporal brow lift, a narrow, elliptical-shaped incision is made in the temporal hair. The incision is carried down to a safe level that can be elevated toward the brow, allowing safe mobilization and elevation of the lateral brow. The tail of the brow is then suspended and repositioned in an upward and outward direction, and then stabilized with carefully placed sutures. Additional sutures or staples are used to close the scalp incision.

An endoscopic brow lift, also known as an endobrow, includes a temporal brow lift on both sides. An incision is made in the midline of the scalp along with an incision just off the midline of the scalp on the left and right sides. Working through the incisions, the forehead is safely mobilized with the help of narrow surgical telescopes that allow for visualization of the surgical dissection. The attachments keeping the brow down are released and, if there is excess activity of the frown muscles in between the brow, these are addressed by cutting the individual muscles. The brow is then lifted directly upward and stabilized in the new position. An absorbable suspension device, termed an endotine, is used to stabilize the new position of the central brow. The endotine slowly reabsorbs over the next several months. The lateral is suspended and stabilized with carefully placed sutures, the scalp incisions are closed, and a compressive forehead wrap is applied.

The pretrichial and trichial brow lifts involve incisions similar to those made for an endoscopic brow lift. Surgical telescopes are not used. Instead, dissection is performed through the longer incision under direct vision. The brow is released and the frown muscles altered similar to the endobrow, and the brow is then suspended according to how much skin is removed along the incision. Fine sutures are used to close the incision and a compressive wrap is applied to the forehead.

For a direct brow lift, incisions are carefully planned, marked and made along the upper border of the eyebrow, with the width of the curved incision corresponding to the amount the brow will be elevated. Skin is removed and the brow is lifted using permanent or semi-permanent sutures attached to the underlying muscle. Fine sutures are used to close the incision. The indirect brow lift is similar to the direct brow lift except the incision is placed within a well-formed horizontal forehead crease.

Q – Are there scars after a brow lift?
The incisions made during the brow lift will result in scars, the degree of which will depend upon the particular technique used. The incisions are generally placed so as to be well-concealed, often within or at the hairline or within a deep forehead crease.

Q – Does Brow Lift Surgery Hurt?
Patients may experience some pain or discomfort which can be well controlled with low-dose prescription medication.

Q – Are there risks or complications with the brow lift?
Any type of surgical procedure carries some risk, which can be minimized by seeing an experienced board-certified surgeon and following all post-surgical instructions. Some potential risks of brow lift surgery include infection, bleeding complications, and nerve damage. The risks associated with brow lift surgery are typically low.

Q – Does insurance cover the brow lift procedure?
Brow lift procedures are generally not covered by insurance when performed solely for cosmetic purposes. Some coverage may be available when excess skin of a heavy brow contributes to a loss in peripheral vision. This finding will need to be found on objective testing and examination with your physician. 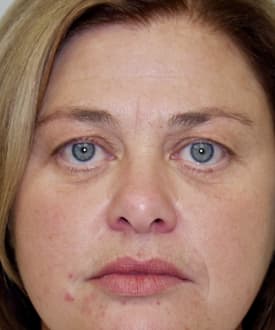 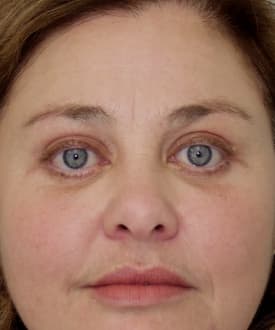