Liposuction, also known as liposculpture or lipoplasty, is an outpatient cosmetic body contouring procedure performed at our San Diego practice that involves the removal of unwanted fat deposits. Facial liposuction is a type of liposuction that focuses on contouring the face and neck. Natural elements, such as aging and genetics, often cause fat to congregate in the area under the chin and along the jawline. This buildup of fat can decrease definition for an appearance that masks youthful angles.

Dr. John Hilinski is a board-certified plastic surgeon renowned for using advanced liposuction techniques including VASER liposuction and tumescent liposuction to remove excess fat cells in the face and neck areas and can help patients in San Diego and beyond restore the angular appearance of their jawline, get rid of a “double chin,” and achieve an improved face and neck contour.

Liposuction in the face and neck typically results in a more rejuvenated, youthful appearance. The definition of facial angles that have softened over time can be vastly improved following the removal of stubborn fat. Patients who elect to undergo liposuction typically benefit from:

Liposuction is not a solution for weight loss or obesity. Ideal candidates for liposuction are in general good health and have a stable overall body weight and good skin elasticity (the ability of the skin to snap back). Patients who lack skin elasticity are, unfortunately, not considered great candidates for this type of procedure, as the ultimate results rely on the skin “shrinking” or snapping back into place. Similarly liposuction cannot remove surface irregularities like dimpling. For individuals whose skin demonstrates too much laxity or skin dimpling to qualify for liposuction alone, Dr. Hilinski may also recommend a neck lift and/or facelift procedure. These treatments can eliminate excess skin and tighten remaining tissues in conjunction with fat removal via liposuction, helping to create an optimal outcome.

The Liposuction Procedure in San Diego

Traditional liposuction is a surgical procedure that can be performed under general anesthesia or under local anesthesia. A local anesthetic such as lidocaine can be combined with or without oral sedation, allowing patients to remain comfortable and relaxed throughout the course of treatment. During the procedure, small incisions are first made discreetly in (or near) the treatment areas. Excess fat is then carefully extracted using a cannula to ensure the resulting contour is even. Unlike liposculpture in other areas of the body that require large volumes of body fat to be removed such as the upper arms, abdomen and outer thighs, liposuction of the face and neck involves the removal of small but strategic amount of fat.

This versatile procedure can be performed alone or in combination with other facial plastic surgeries, such as a neck lift, facelift, midface lift, rhinoplasty, or chin implants. In most cases, patients are able to return home the same day of treatment under the care and supervision of a friend or family member.

The recovery time after liposuction is generally around one week, during which you will wear a compression garment to help your face and neck mold to its new contours. It’s common to experience mild bruising and soreness in the treated area, however theses postoperative symptoms generally resolve relatively quickly, and many patients report feeling well enough to return to non-strenuous activities in as soon as two or three days. Specific recovery and healing times may vary by patient and whether the procedure was performed in combination with other cosmetic surgeries, but generally, the final results should gradually become more apparent as swelling continues to resolve in the targeted area(s).

Liposuction is typically a safe and routine surgery, so the risks involved are generally the same as most other surgical treatments. Although they are very rare, complications in anesthesia are possible. Other risks may include swelling, bruising, temporary changes in sensation, or contour irregularities.

The recovery time after liposuction is generally around one week, with mild bruising and soreness in the involved regions. These postoperative symptoms generally resolve relatively quickly, and many patients report feeling well enough to return to non-strenuous activities in as soon as two or three days. Specific recovery and healing times may vary by patient and whether the procedure was performed in combination with other cosmetic surgeries, but generally, the final results should gradually become more apparent as swelling continues to resolve in the targeted area(s).

Face & Neck Liposuction Before & After

Learn more about liposuction surgery through some case examples of Dr. Hilinski’s past patients. 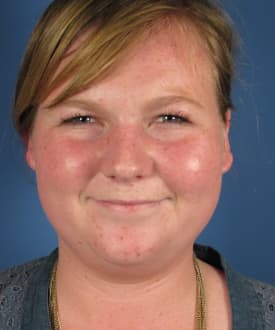 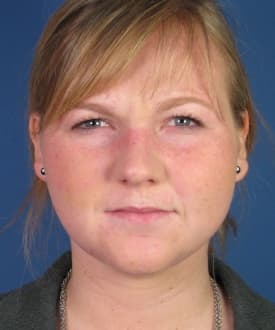