Many facelift patients inquire about how inconspicuous their scars will be once healed. Well here is a photo example of one of my San Diego facelift patients demonstrating how to conceal a facelift incision. This patient underwent a lower facelift along with tightening of her upper neck line. As you can see from the photos she has a nice rejuvenation and looks much more rested. Arguably more importantly she does not look like she has had any surgery performed in the sense that she looks quite natural. If you look at her close-up photos, you can see that her facelift scars are well healed and barely visible to the naked eye. Her hairline has been preserved and her ears are not malpositioned following the facelift procedure. This is precisely what we aim for when performing this type of cosmetic facial enhancement surgery. Interestingly, this particular patient specifically searched out board certified plastic surgeons in San Diego who showed her close-up photos of their facelift patients’ incisions as this was a major consideration for her. To see the remainder of her before and after facelift photos use this link here.

Before and After Facelift Surgery 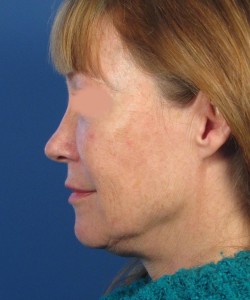 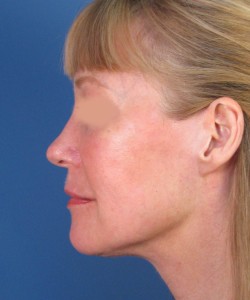 These photos show a well healed facelift incision can heal. The blue lines in the photo below right outline the actual incision used in this San Diego facelift patient. 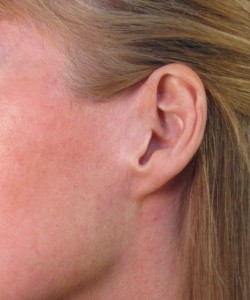 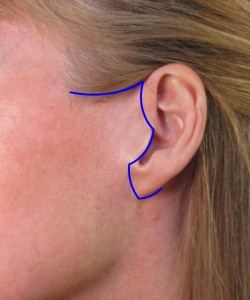