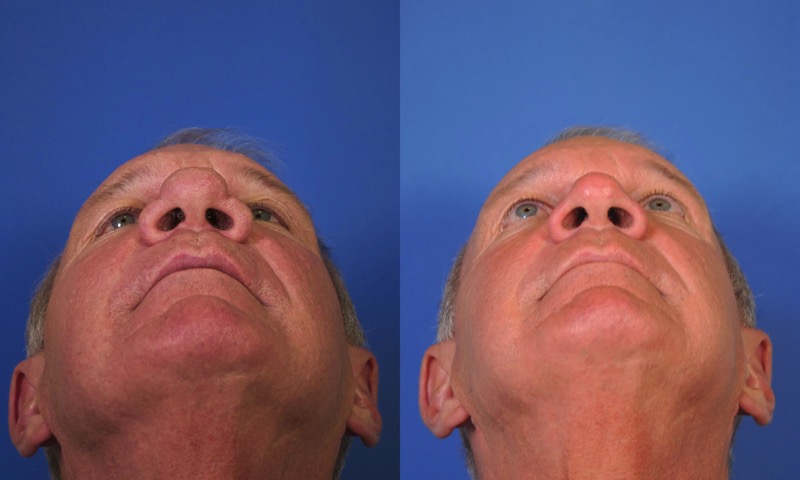 This is another example of CO2 laser treatment for a condition called rhinophyma. This is a disease that causes the skin of the nose to become overgrown – resulting in the appearance of a very bulbous nasal tip region. For many patients, this can become a significant cosmetic disturbance. In others, this heavy, thick skin can also result in some degree of breathing difficulty. The patient shown here had developed rhinophyma over a period of several years and became increasingly bothered by the appearance of his nose. More specifically, he was unhappy with the abnormal creases that were developing because of the overgrown rhinophyma skin changes. Ultimately, I performed CO2 laser surgery on his nose to reduce the bulky skin changes. The end result can be seen here in these photos that show a marked improvement in his nasal size and shape. Let us know what you think of his results! 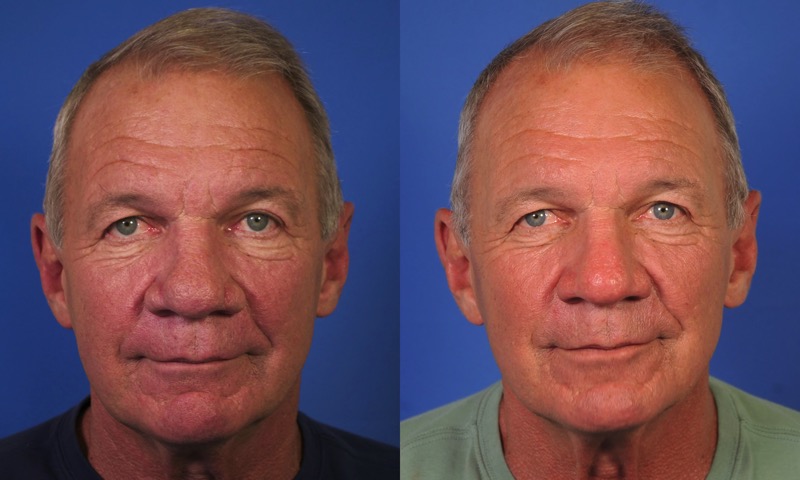 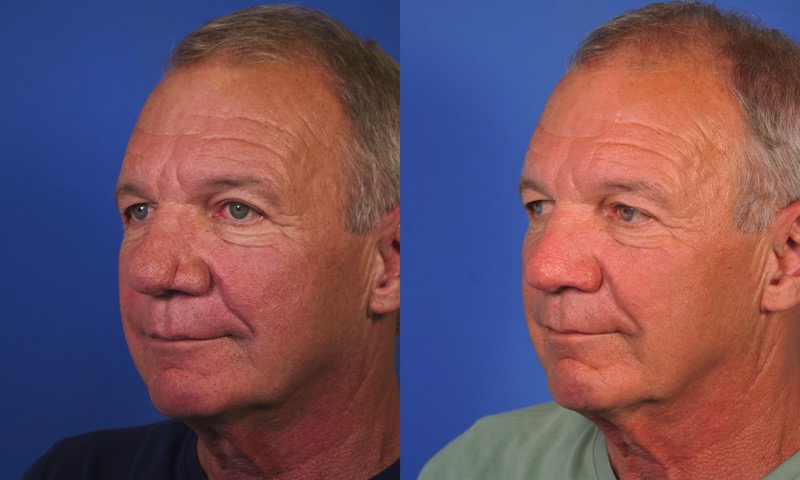