In order to address this problem, a procedure was performed under just local anesthesia. A short, summary video of the actual procedure is shown here. The touch up procedure involved making an incision along the inner margin of the helical rim to expose the offending cartilage segment. Once this was exposed, the cartilage was then trimmed off. The skin edges were then realigned and sutured together. The immediate intraoperative changes can be readily seen in the video where the contour of the helical rim is now much more vertical and less prominent as seen from the frontal view.

Before and after photos of the same patient are shown below where you can see, once again, how the helical rim is much improved in terms of the overall shape. 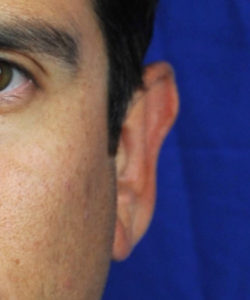 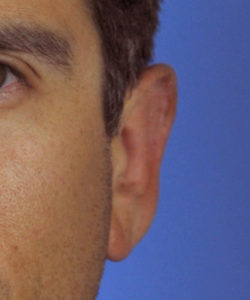