I wanted to update everyone on Christine’s progress following rhinoplasty surgery performed nearly one month ago now. For those of you who don’t know, Christine works in the front office here at the clinic. We previously posted a blog entry showing her healing within weeks of having cosmetic nose surgery to lift her tip and reduce the bridge, performed by Dr. Hilinski in mid December 2011. These photos shown here are her rhinoplasty progress shots nearly one month out of surgery. As you can see, there has been a fairly significant decline in the tip and bridge swelling that was previously noted at 2 weeks after rhinoplasty. The right frontal and side photos shown below represent her at approximately one month out. Her nasal bridge is starting to thin and her tip is beginning to show more definition. On the side view, you can see the entire nose is shrinking down in size. The nose also is now less projected (sticks out less from her face) and smaller. You can see that her overall nasal tip position is still quite stable with a marked improvement when compared to before rhinoplasty. I hope this helps those patients wondering what rhinoplasty healing is like and the time course they can expect when it comes to resolution of the swelling. 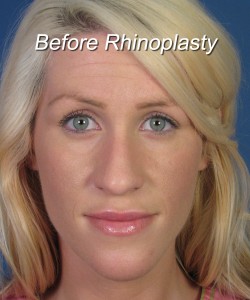 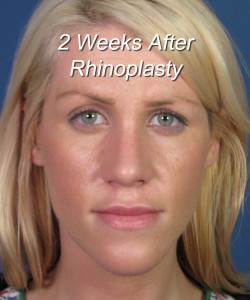 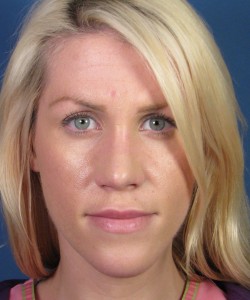 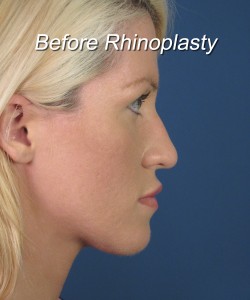 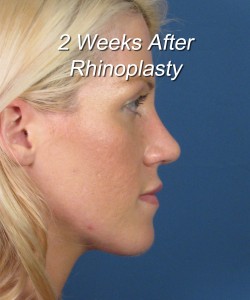 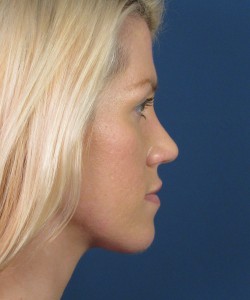