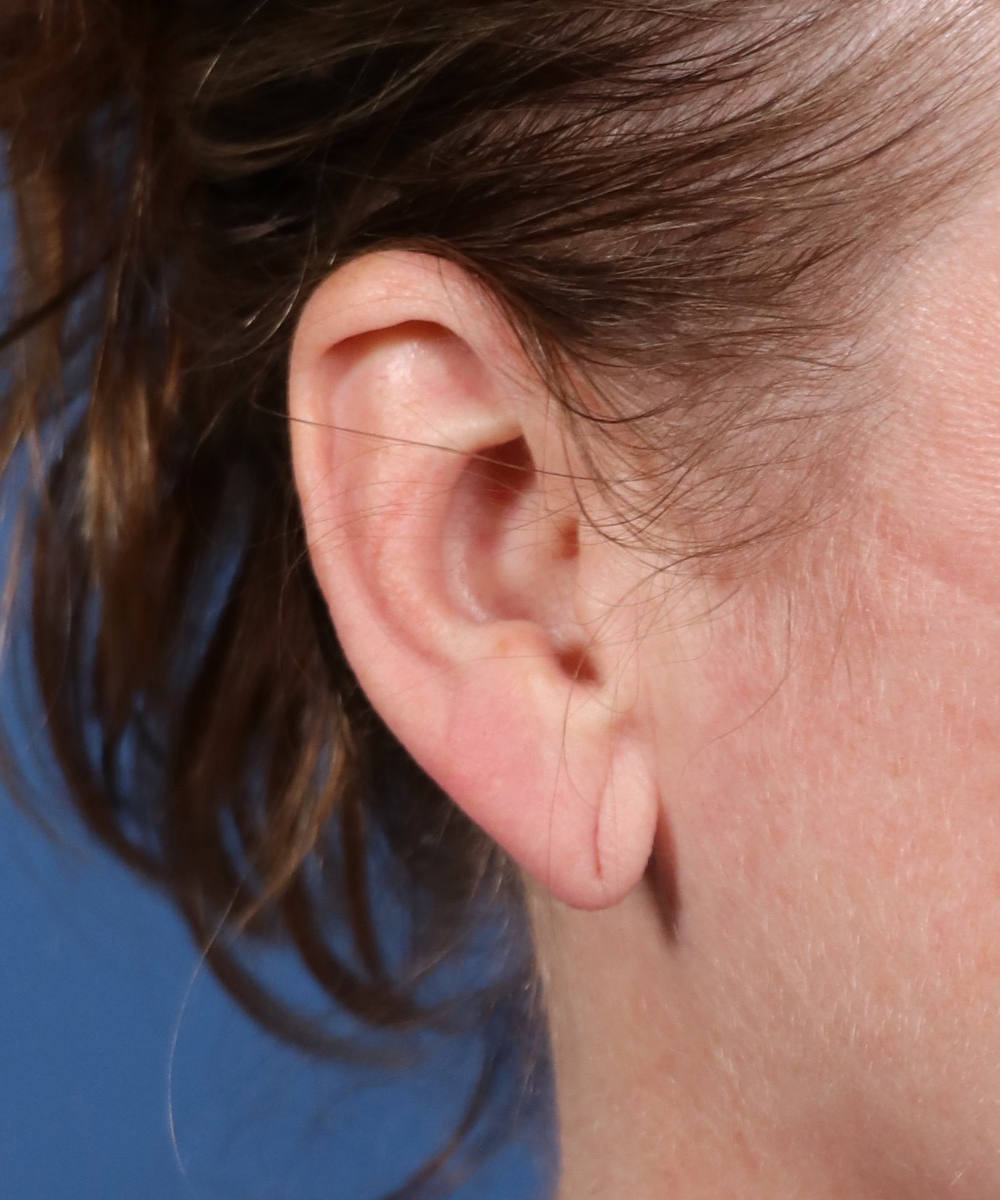 Here is yet another example of why Dr. Hilinski is considered San Diego’s leading otoplasty surgeon.

For many years now, Dr. Hilinski has been known as the best and most qualified plastic surgeon in San Diego performing cosmetic ear surgery. When he first came into practice in La Jolla, this mainly involved ear pinning, or otoplasty surgery. As his cosmetic surgery practice grew, Dr. Hilinski began doing more and more otoplasty surgery, which naturally attracted other patients looking to do even more reshaping of their ears. This ranged from earlobe reduction surgery to full blown ear reduction surgery (called macrotia). Fast forward many years and he has now established himself as the region’s #1 cosmetic ear surgery expert with patients flying in from all over the world to have surgery with Dr. Hilinski.

This most recent example demonstrates a very common complaint amongst patients – earlobes that are larger than desired. As you can see in the adjacent photo, her earlobes dangled down too low for her desires. This occurs from a genetic predisposition to having elongated, fleshy earlobes and/or wearing heavier earrings that pull the earlobes down too much. Regardless of the etiology, these patients are quite bothered by the longer earlobes and desire to have them shortened for cosmetic reasons.

This is precisely what was done in this patient with longer earlobes. Dr. Hilinski recommended reshaping of the earlobes to make them less heavy and less fleshy appearing. To be more specific, a segment of the soft tissue was removed and the edges of the earlobe were then stitched back together. The end result can be seen here in the photos shown below. As you can readily appreciate, her earlobes are now much smaller in size. And the earlobes are no longer hanging down as much as they once did. Most importantly, her earlobes still look quite natural in overall shape and size – thus avoiding the stigma associated with some patients whose ears literally look like they were operated on by a surgeon. 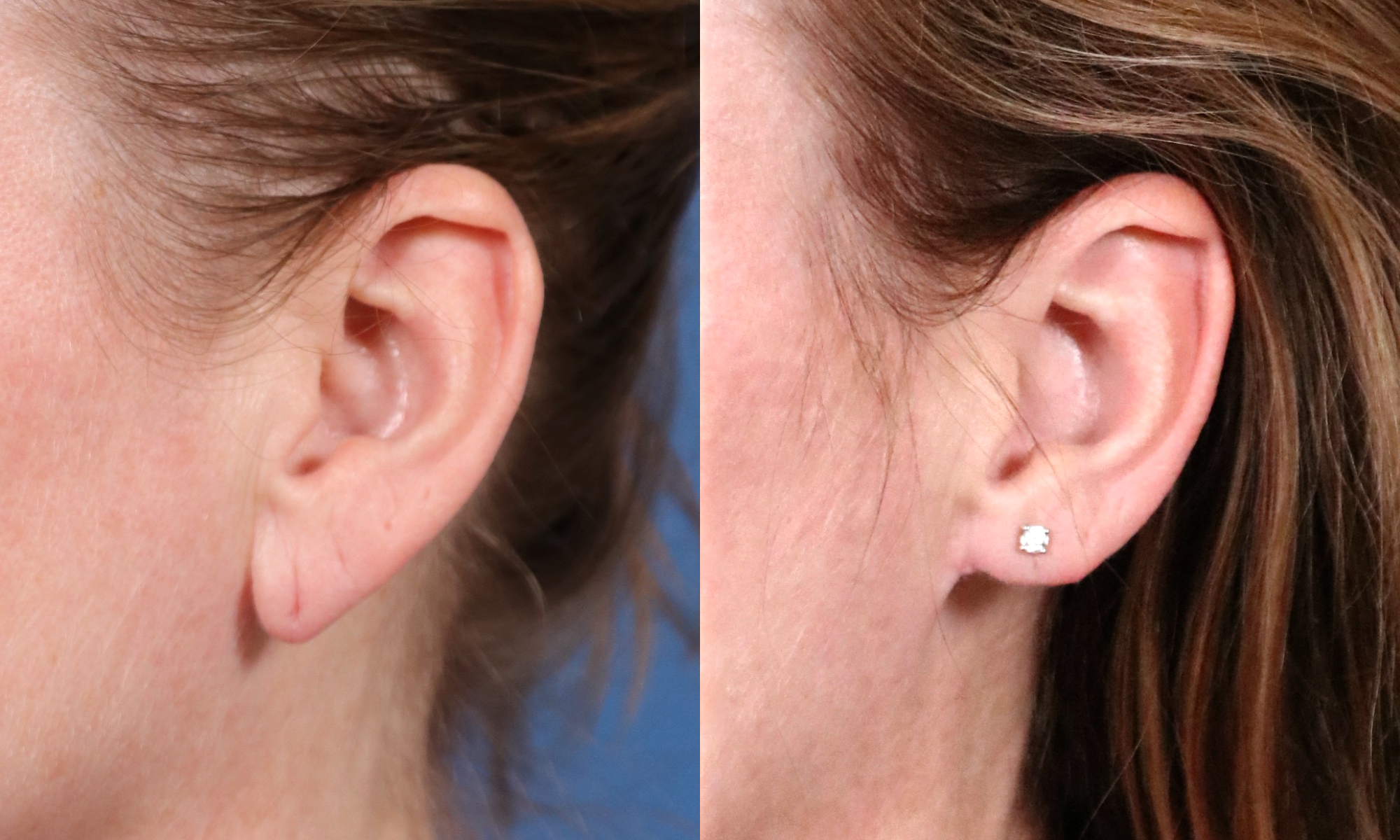 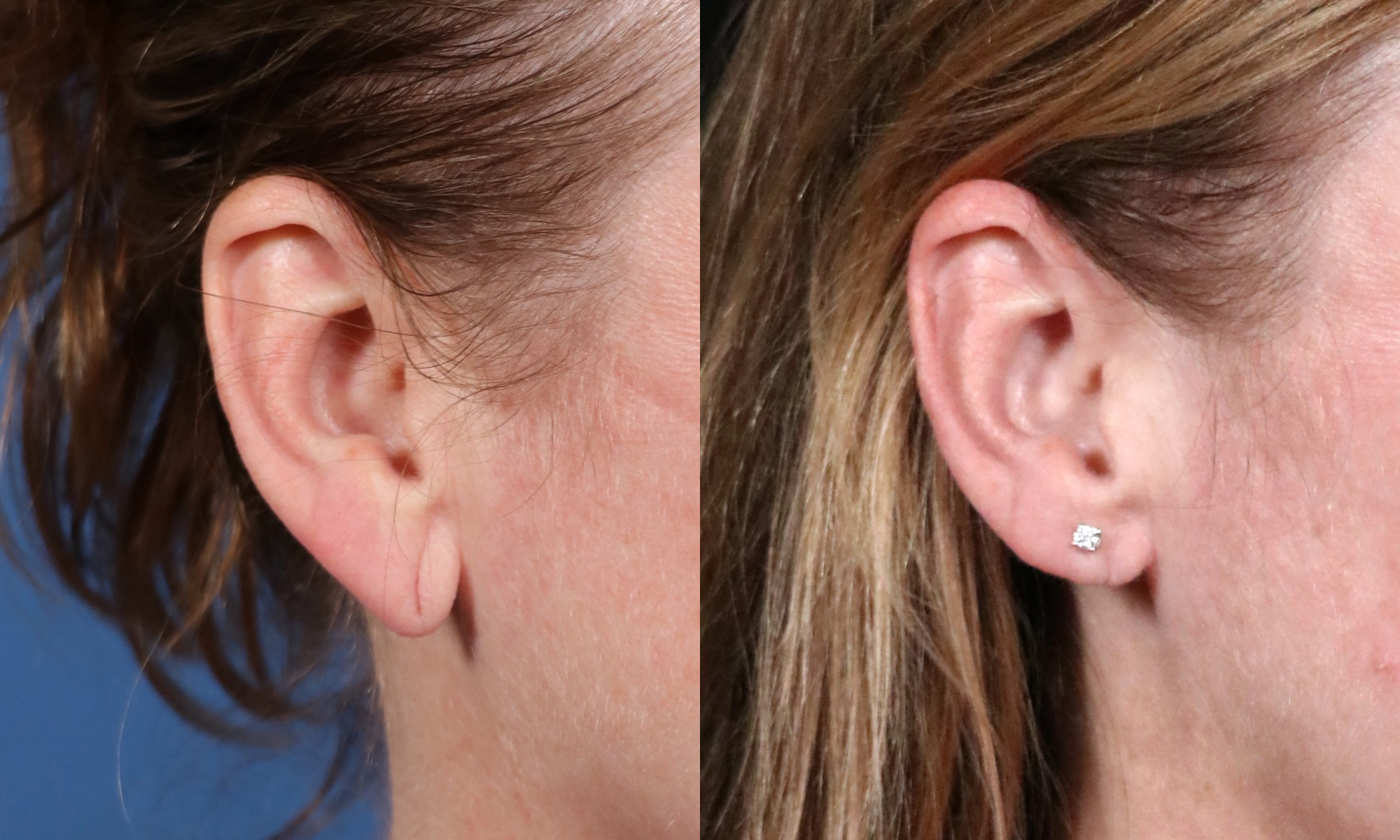 If you are unhappy with the shape and/or size of your ears, don’t hesitate to contact San Diego’s best otoplasty and cosmetic ear surgeon, Dr. John Hilinski, for a complimentary appointment.