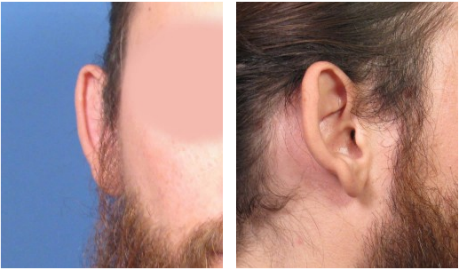 This is a somewhat unique case of cosmetic ear reshaping, or otoplasty surgery, that involves primarily use of anti-helix sutures to contour the ear.

This male patient from San Diego consulted with me for reshaping of his ears. Like many otoplasty candidates, he felt as if his ears were simply too prominent. In particular, he felt that his ears stuck out too far from the side of the head.

In looking at his preoperative photos, you can see that, indeed, the ear does stick out too far as seen from the frontal view. 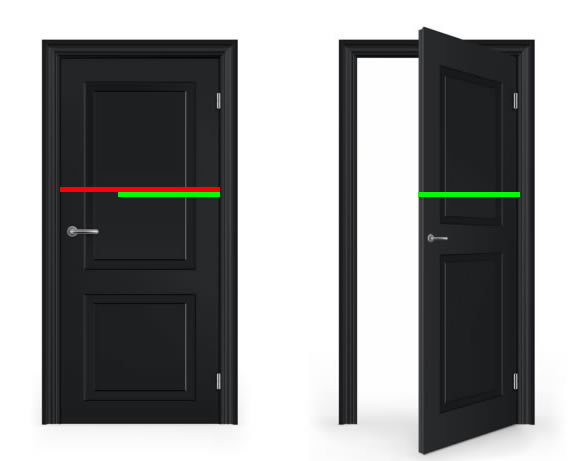 From the side view you can sense how the ear almost comes out toward you. One way to think about this concept is to look at a closed and open door. This visual is provided here for demonstration purposes. Pretend the actual door is the patient’s ear and the doorway is the side of the patient’s head. When the door is closed (meaning flatter up against the doorway), it is analogous to an ear that is closer to the surface of the head. In this position (closed), you can see the entire outline and width (red line) of the door. When the door is open, it is more analogous to an ear that sticks out too far from the side of the head. When looking at the door (or ear) from this perspective, you cannot see the entire outline and the ear looks abnormally narrow (green line). An ear that is more ideally shaped and positioned up against the side of the head will show the entire outline when seen from this view. Going back to our current patient example, you can see from this perspective that his ear is sticking out at you, much like a door that is swung open. Otoplasty is intended to correct just this type of structural abnormality. In a sense, it is intended to help ‘close the door’ by bringing the ear closer to the head. 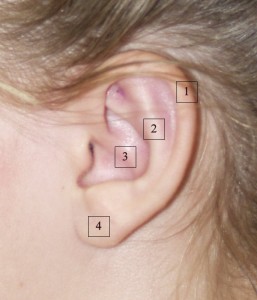 This case is somewhat unique in that the reshaping process was done essentially with Mustarde suture technique. Mustarde sutures are stitches that are placed behind the ear within the cartilage framework in order to create a more defined antihelix.

Just to remind yourself, the antihelix is the natural ridge that runs in a vertical direction along the ear (‘2’ in the adjacent photo diagram). To a great degree, the antihelix ridge helps shape the normal ear by bending the top part inward so it is closer to the surface of the head. Since the antihelix helps flatten the ear against the head, the lack of an antihelix ridge results in the entire ear sticking out farther than it should.

Mustarde sutures can be used to create a new antihelix ridge, thereby drawing this portion of the ear closer to the head. This is done using the standard incision (cut in the skin) made behind the ear along the back surface. Once the cartilage is exposed, a series (several) of permanent sutures are placed that intentionally make a fold in the cartilage. 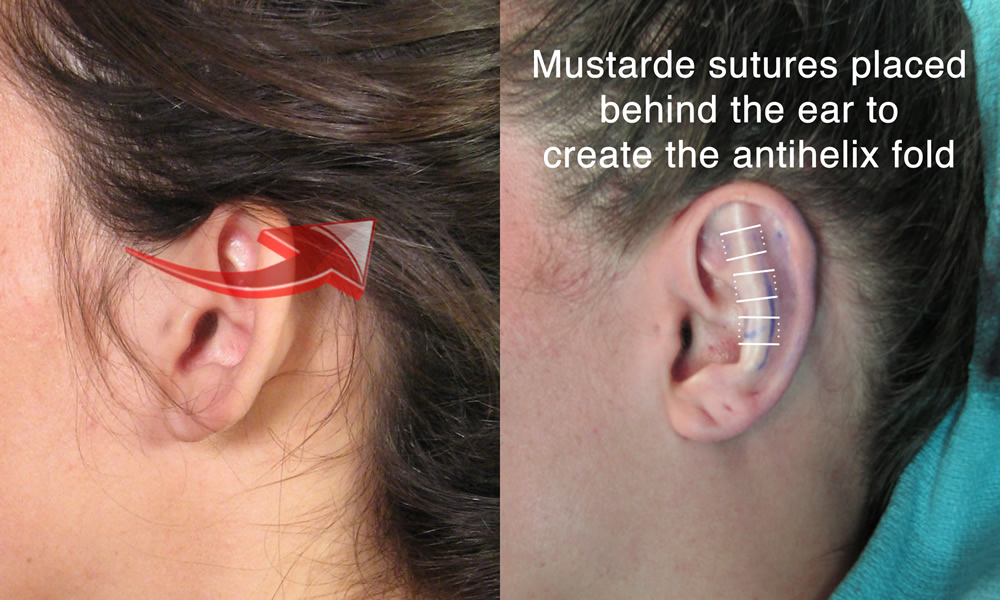 When done properly, this fold mimics what would have been a natural antihelix ridge. This is demonstrated in the adjacent photo diagram of another otoplasty patient of mine. In this case I was trying to use Mustarde suture technique to bend the middle and top portion of her ear back closer to the surface of the head. This is indicated by the curved red arrow showing the desired direction of change. The white lines are indicative of the permanent Mustarde sutures that are placed within the ear cartilage from the back side. Usually a series of these Mustarde sutures are necessary to bend the ear cartilage into the desired shape. As you can see from this photo example, the entire ear been brought closer to the head. In addition, though, the antihelix ridge has now been formed with the Mustarde sutures.

In most cases of otoplasty, Mustarde sutures are placed in conjunction with reduction of the conchal bowl (the cupped portion of the ear). The conchal bowl reduction is performed in order to reduce the volume of the cup. The cup, or conchal bowl, is then sutured closer to the head. This is simply another method of making the ear less prominent during otoplasty surgery.

In this particular case, though, the patient’s conchal bowl was not significantly enlarged. This is definitely more the exception than the rule when it comes to cosmetic ear reshaping surgery. In a majority of otoplasty patients, I perform a combination of conchal bowl reduction and placement of Mustarde sutures. But in this instance, his conchal bowl was considered normal in size. Therefore, all that was required was placement of Mustarde sutures to create an antihelix. In doing so, the mid to upper portion of the ear could be brought closer to the head – making the entire ear appear less prominent.

I ended up performing this patient’s surgery using a standard post-auricular incision – meaning an incision that was made on the back side (posterior) of the ear (auricle). 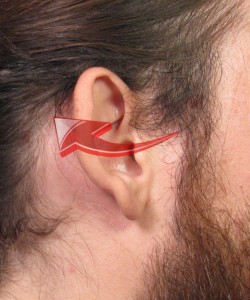 The otoplasty procedure was performed with placement of several Mustarde sutures while creating a new antihelix for him on each side. The procedure took about 1.5 hours to complete and was done under local anesthesia (without going to sleep). A bandage was placed around his ears in the usual manner for otoplasty surgery. Although the bandages were changed the following day, they were left in place for about 5-6 days. Thereafter, he was able to wear a sweat band around the head to keep the ears in the desired position. This type of light compression wrap is recommended to be worn for upwards of 6-8 weeks after otoplasty surgery. This not only protects the ears from inadvertent damage, it also aids in maintaining proper healing.

Here are the before and after pictures of this patient following Mustarde suture otoplasty surgery. As you can see in the photos, his ear has been brought closer to the plane of the head and does not stick out as far as it did. In addition, you can see from his side view that a new antihelix ridge has been created using the Mustarde suture technique. Referencing our analogy above, the door has now been closed thus allowing you to see the full (and normal) outline of his ear. As pointed out earlier, the conchal bowl was not touched as part of this particular cosmetic ear surgery, which is much different than your average otoplasty procedure. But when it comes to plastic surgery of the ear, one should only do what is absolutely necessary to achieve the desired goal. In this instance, Mustarde suture placement alone was sufficient to create the desired shape. 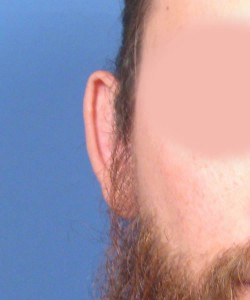 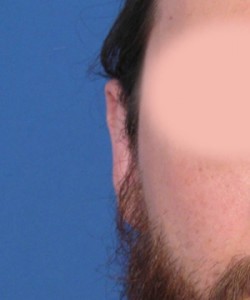 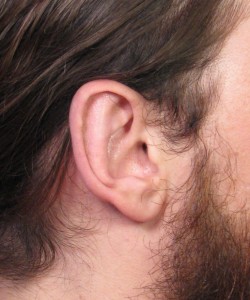 If you have overly prominent ears and feel that you might benefit from Mustarde suture placement, contact a cosmetic surgery specialist who has dedicated experience in plastic surgery of the ear – Dr. John Hilinski.