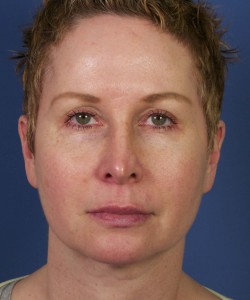 The remaining cut skin edges are then brought together very carefully. This has to be done in a manner where the upper lip becomes ‘suspended’ to the undersurface of the nose using long-term sutures (stitches) that are strategically positioned. It is important to point out that these are the sutures that must be placed such that the bottom of the nose is not significantly altered as a result of the upper lip lift. Meaning – there are some plastic surgeons who do not pay close attention to this detail and simply place the sutures to approximate the skin edges. If this is done carelessly, the surgeon may inadvertently ‘pull’ the nostrils down, thus creating an abnormal appearance to the nose where there is more nostril ‘show’ or visibility. With more meticulous technique in closing the bullhorn lip lift incision, this problem can usually be minimized if not avoided altogether.

The bullhorn upper lip lift surgery took approximately 1.5 hours to complete and was able to be done under local anesthesia only. This meant she was able to avoid having a general anesthetic and had minimal risk in terms of the anesthesia being used.

Here are the results of her bullhorn upper lip lift several months after having the surgery.

In the diagrammed photo below, you can see where the bullhorn incision was made along the lower border of her nose (otherwise referred to as the nasal base). The red arrows indicate the approximate bottom of the incision line and the amount of upper lip skin that was removed to shorten the lip. On the right side of the diagrammed photo, you can see where the central portion of the upper lip was raised maximally. This is the area of the upper lip referred to as cupid’s bow – where the double curvature of the vermillion border of the lip creates a cosmetic landmark seen as a key esthetic feature. As you can readily see, the bullhorn upper lip lift procedure has now provided her with a more pronounced, pleasing cupid’s bow. 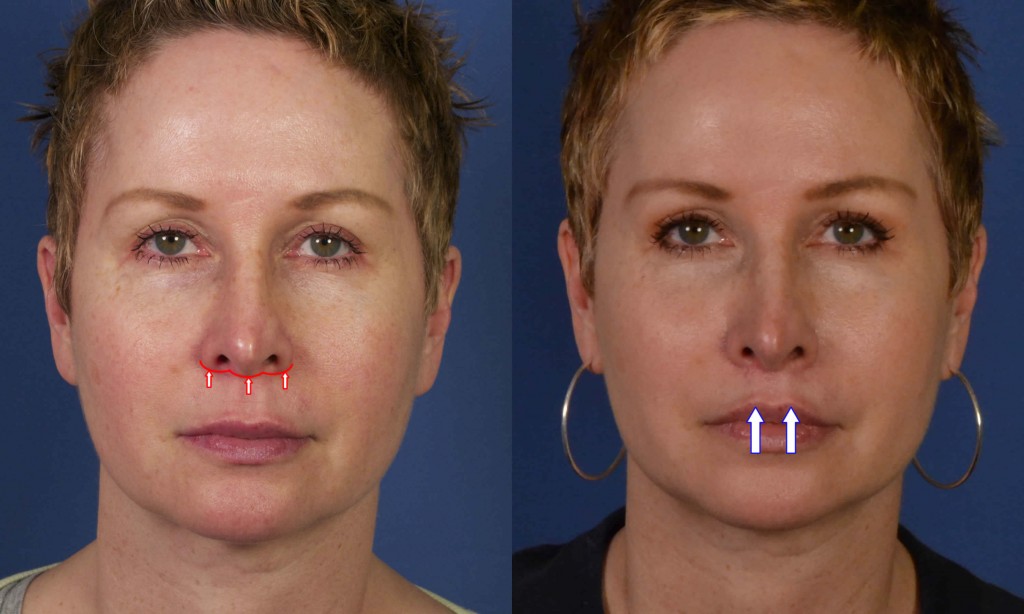 Her frontal, smiling and oblique views demonstrates the overall cosmetic improvement from the bullhorn upper lip shortening surgery. She now has an upper lip length that is much more appropriate and in balance with her surrounding facial features. Her upper lip volume (as gauged by the visibility of her ‘pink’ lip) has also been enhanced considerably – giving her the appearance of having a fuller, more voluptuous lip.

As you can appreciate, her scar is very well hidden – even when looking up close. In addition, there is little distortion of the nasal base contour and shape. Meaning – her nostrils have not been inadvertently pulled downward and are essentially in the same position as they were prior to the upper lip lift. Most importantly, the patient still looks quite natural without any real obvious signs of having had an upper lip lift procedure. 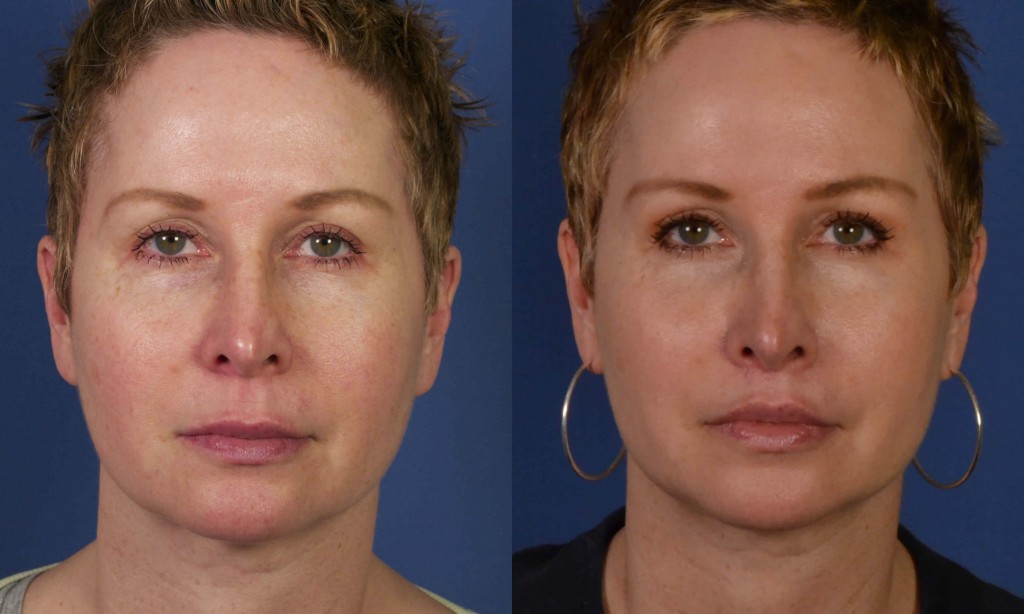 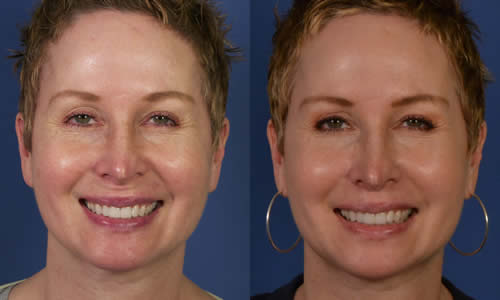 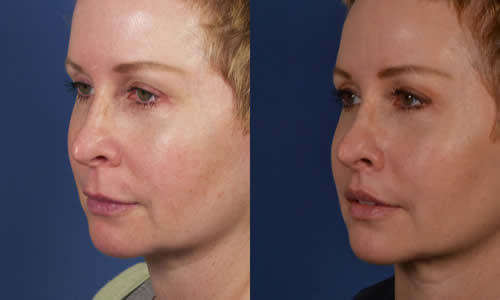 If you have an excessively long upper lip and feel that a bullhorn lip lift procedure may improve your appearance, contact my facial plastic surgery office today to schedule a consultation.