I wanted to post a plastic surgery blog entry focusing on rhinoplasty imaging as it relates to achieving realistic results in nose reshaping. This particular San Diego rhinoplasty patient had suffered trauma to the nose when he was actually stepped on after falling to the ground. As you can see on his frontal rhinoplasty view, he had severe trauma to the bridge of his nose with collapse. You can see his frontal view looks ‘washed out’ – meaning, he has very poor shadowing on both sides of his bridge. In addition, you can appreciate that his nose was collapsed asymmetrically, or differently on both sides.

We consulted with him in our San Diego office regarding reconstructive rhinoplasty surgery, which included a discussion of cadaveric rib cartilage grafting. Using a computer imaging program, we provided him with a visual idea of what his nose might look like following nasal reshaping surgery. Below are his preoperative rhinoplasty photos and the corresponding imaged view of what his nose might look like after nose reshaping. This imaging represented rebuilding his bridge back up and repositioning his nasal bones to their original orientation. On his side view you can see just how much his bridge was collapsed. With the computer imaging program, we were able to demonstrate visually how rebuilding his bridge back up might look following rhinoplasty. 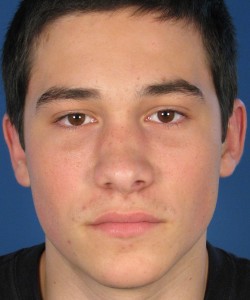 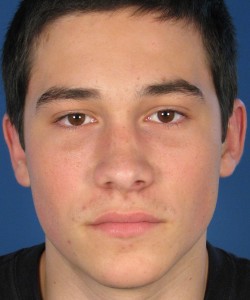 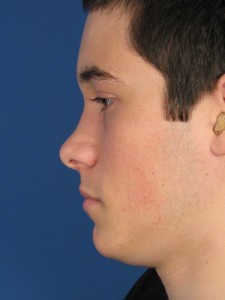 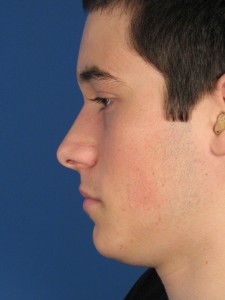 I ended up taking this patient to surgery and performed a complex open reconstructive septorhinoplasty. As part of the nasal reshaping process, I also performed a cadaveric rib grafting procedure. This was needed to rebuild his bridge height and restore and more normal looking nose.

Actual Rhinoplasty Before And After Photos 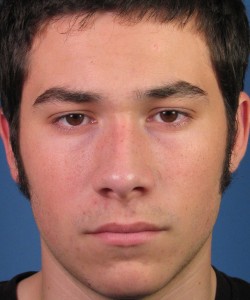 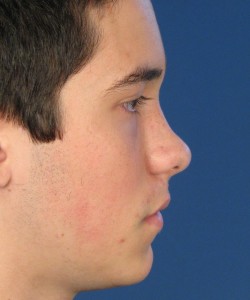 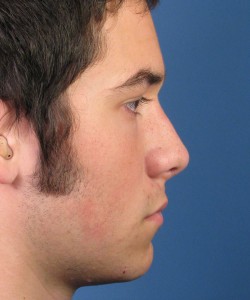 To see this San Diego rhinoplasty patient’s complete photo series, use this link here to our online rhinoplasty gallery.