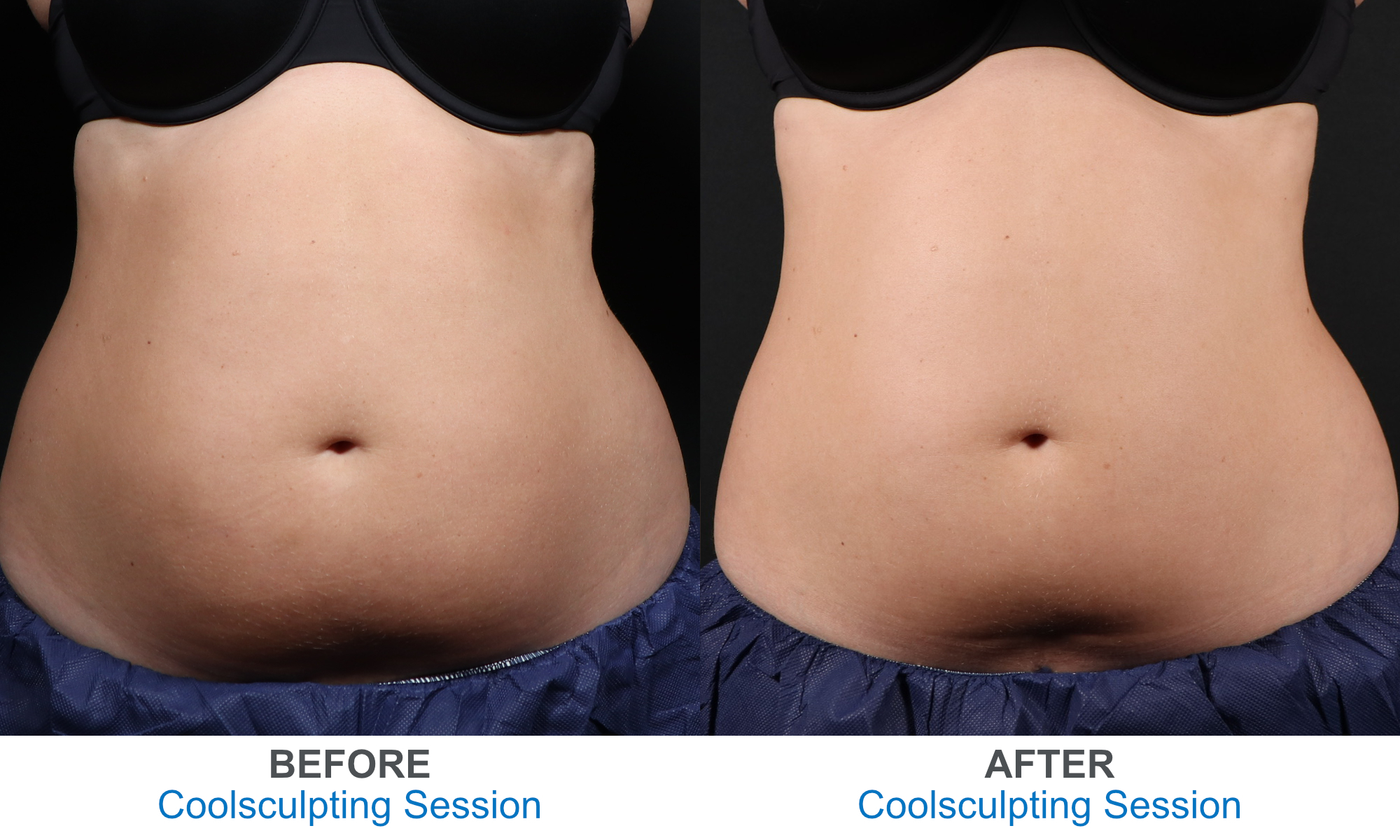 Another fantastic result from San Diego’s best Coolsculpting office! This young lady desired to have a flatter, tighter tummy – but didn’t want to undergo an invasive liposuction procedure. Like so many patients out there, she opted to have her fat frozen away without needles and without any downtime. She chose to have Coolsculpting performed by Dr. Hilinski’s medspa team of fat freezing specialists – including our graduates from Coolsculpting University. The patient underwent freezing of her lower abdominal fat during a comfortable, office-based procedure where she literally sat in front of a television while the treatment was completed. An hour or so later and she was able to drive away – with no recovery involved. Results shown here are about  3-4 months out from just that one Coolsculpting treatment session. As you can see for yourself, there has been quite an improvement noted in her lower abdominal region – with a much flatter, tighter tummy thanks to freezing of the fat. Are you looking for some help to flatten your tummy? Call San Diego’s #1 medspa for Coolsculpting fat freezing treatment!