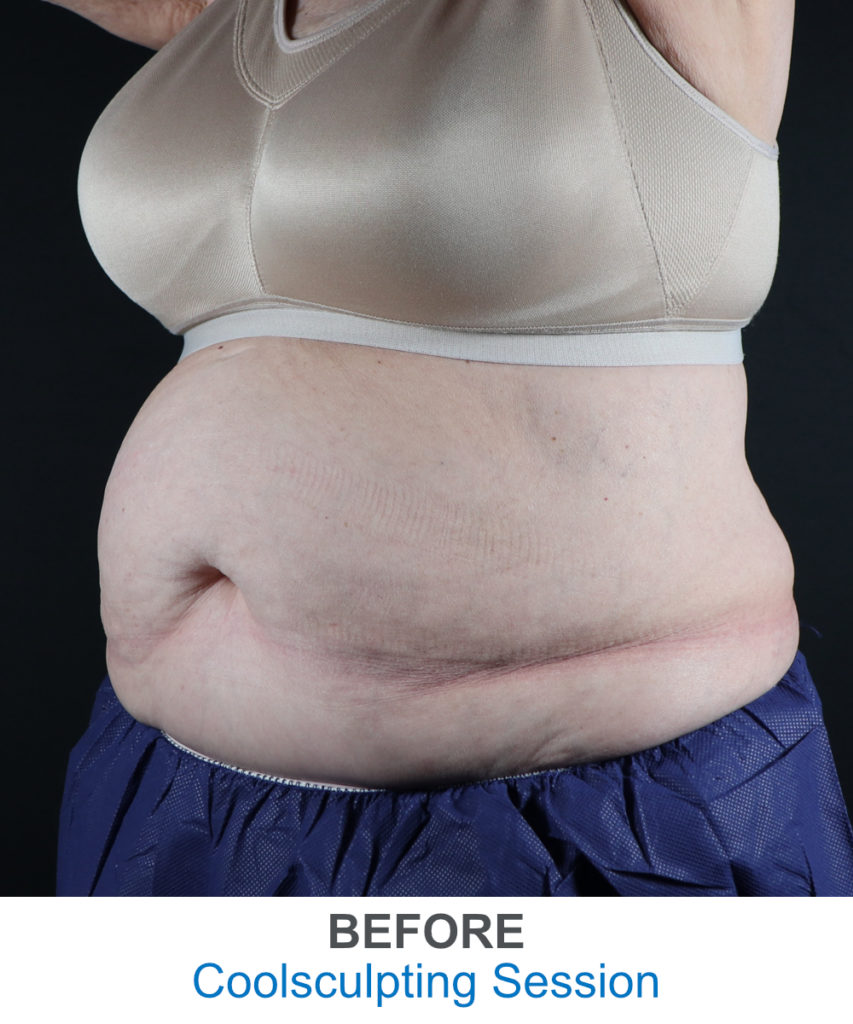 This is a nice case example of how Coolsculpting can be performed in patients who are a bit older than average. This lady from San Diego is 75 years old and simply desired to have some contouring of her mid section, or tummy. Unfortunately, invasive liposuction of the abdomen was just not in the cards given her age and lifestyle. So what options did she have to slim down her tummy region? Coolsculpting, of course!

Coolsculpting was a fantastic choice for her because it is completely non-invasive. Meaning, she could drive to the office and head home immediately with no downtime associated with the fat reduction treatment. In fact, our Coolsculpting treatment room is setup so that you can even watch TV while getting the fat frozen away. Or you can catch up on emails and missed text messages while getting Coolsculpted. For patients who are a bit older than the average Coolsculpting patient, this is a great alternative to undergoing surgical liposuction.

In this case, she opted to have 2 sessions of Coolsculpting to the abdomen region. She also opted for 1 session of a flank treatment with Coolsculpting. As the weeks and months unfolded after Coolsculpting, she began to notice a nice, steady decline in the girth of her mid section. Undoubtedly, her clothes started to fit a bit looser as the pounds started to disappear.

Here you can see her before and after images following the 2 Coolsculpting sessions performed by San Diego’s #1 team of fat freezing specialists. From each of these oblique angles, you can readily appreciate how much fat has been frozen away around her tummy. Does she still have a good amount of fat across the mid section? Absolutely. But has she lost several inches around her waistline from the Coolsculpting treatments? You bet. And for many patients – particularly those who are more elderly and cannot work out as vigorously as they once did – this type of Coolsculpting transformation is just what they needed to feel better about their body short of undergoing the knife. 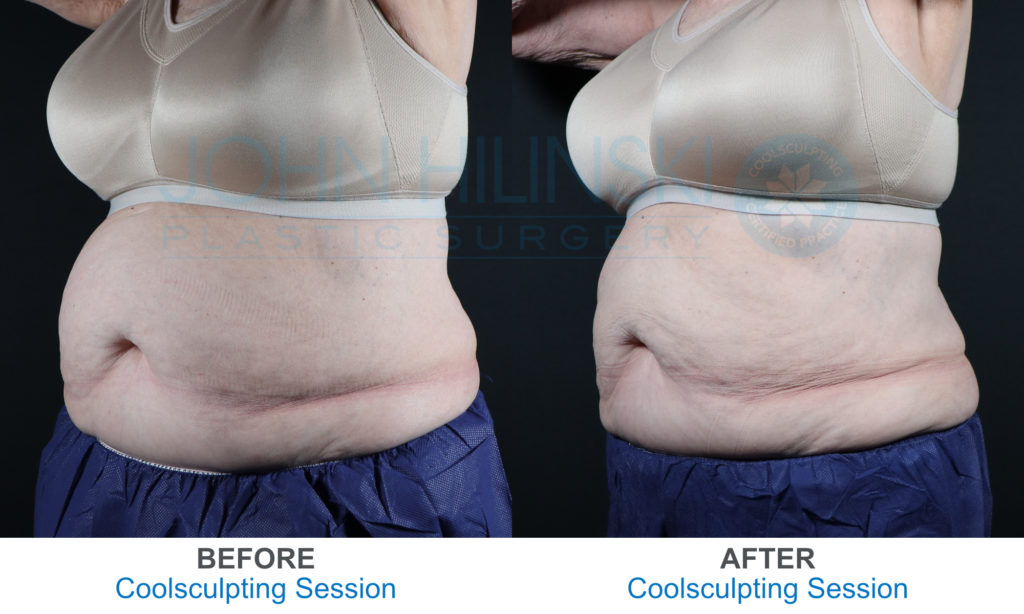 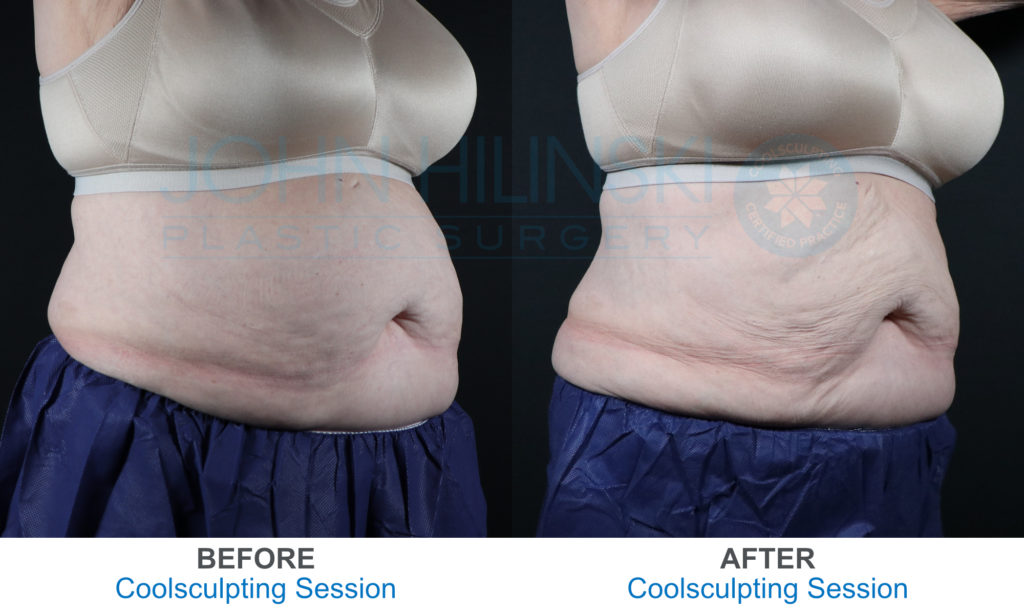