This is a great example of a fairly niche type of otoplasty surgery – cosmetic reshaping of the ear lobe. This particular male patient from San Diego, CA presented to the office complaining that he disliked the size and shape of his ear lobes. The ear lobes refer to the fleshy portion of the external ear that joints with the side of the face. This particular patient simply thought the ear lobes looked too rounded as seen from the side view and he desired to have the ear lobes reshaped. He sought out the services of our office because of our well-known expertise in and around San Diego when it comes to cosmetic otoplasty surgery, or plastic surgery of the ear. 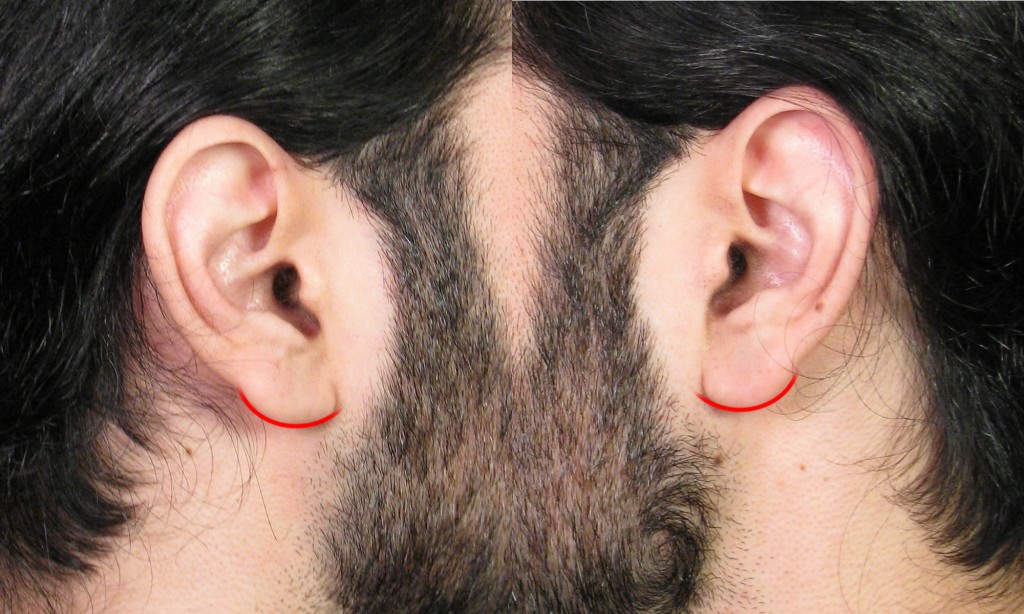 If you look at his pre-operative photos, you can see that his earlobes are within the normal range for size and shape. However, he was bothered by them because the ear lobules looked too rounded for his desires. This is pointed out in the adjacent photos as indicated by the curved lines. You can see how the earlobes are more rounded in shape and loop downward slightly before joining into the side of the face.

Could this particular otoplasty patient leave his ears as is and simply live with them. Sure. But this is the beauty of plastic surgery – there is usually a procedure out there for everyone -regardless of how rare the motivation is to seek out change. 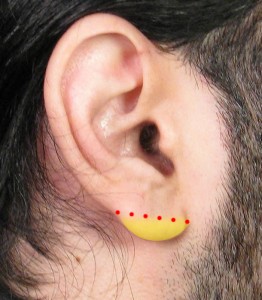 After consulting with this patient, it became quite clear that all he wanted was to have the ear lobes reshaped to appear less rounded and full. In fact, he would pull the ear lobe backward to demonstrate what he really desired in terms of an ear lobe that was straighter across as seen from the side.

We formulated a recommendation to perform the cosmetic ear lobe surgery using a specialized technique that involved making an incision (cut in the skin) only on the back side of the ear. Many plastic surgeons who are not specialists in otoplasty surgery would likely place their incisions on the front side of the ear lobe in an attempt to reduce the size. This is visually demonstrated in the adjacent photo as indicated by the red dotted line. This is the area where many plastic surgeons would cut into the skin with removal of the yellow shaded zone to create a smaller ear lobe. Unfortunately, this type of surgical technique would result in an unnecessary scar on the front side of the ear lobe. 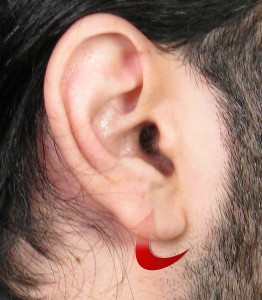 Before and After Ear Lobe Reshaping Photos

Here are this patient’s before and after photos showing results from his cosmetic ear lobe reshaping surgery. As you can see, he now has much straighter looking ear lobes with a less rounded appearance. These photos are taken just weeks after the procedure and demonstrate just how good patients look after this type of cosmetic ear enhancement procedure. The incisions are hidden behind the actual ear lobe so that there is no visible scarring. Using the otoplasty technique as described above, you can also appreciate how the natural curvature of the ear lobe has been preserved. The patient is quite happy with the cosmetic outcome from his otoplasty procedure and looks as if he could simply have been born looking like this. 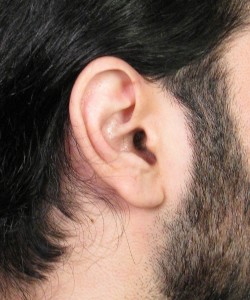 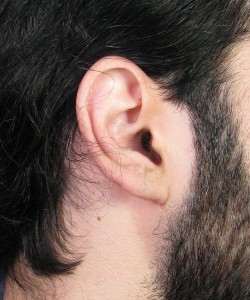 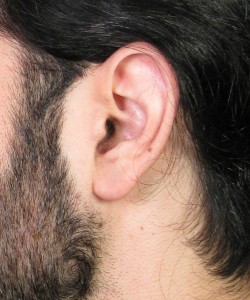 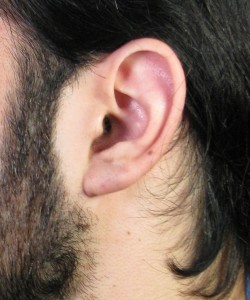