This is a classic example of cosmetic ear reshaping, or otoplasty surgery, in a male patient from San Diego, CA. This patient desired ear surgery to address overly prominent auricles that simply stuck out too far from his head.

His before ear reshaping photos show some of the classic findings in patients who seek out cosmetic otoplasty surgery. For instance, you can see how one ear sticks out more than the other. In this case, his left ear was more angulated outward as can best be appreciated when looking from below (middle photo). In addition, you can see that most of the problem with his ears related to an overly prominent conchal bowl, which is the center of the external ear that forms a cup-like shape. To remind yourself of these various terms related to cosmetic ear reshaping, please visit our online otoplasty patient primer page. His antihelix was slightly under-developed and is a very common finding in cosmetic ear reshaping patients. 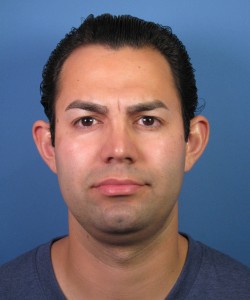 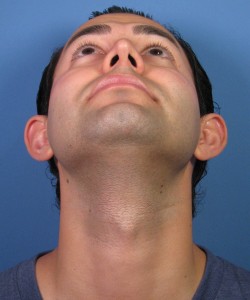 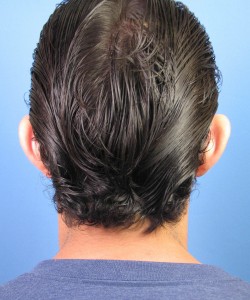 Here are his before and after ear reshaping photos for comparison. He underwent a standard cosmetic otoplasty procedure to bring his ears closer to the head while creating the type of contour that is found in a normally developed auricle. As you compare these before and after otoplasty photos, you can see that, despite cosmetic ear surgery, he still looks quite normal and natural. His ears simply have less attention now drawn to them. This is precisely the goal of well performed cosmetic ear reshaping surgery – to make it look like the patient could have been born looking just like this. The ears have been brought in closer to the head (which is why it is also called ear pinning surgery) by reducing the prominence of the conchal bowl and suturing the ear backward using permanent stitches. The antihelix was then better defined by creating a new, natural appearing ridge along the upper portion of the ear. The ear lobe was passively repositioned as the remainder of the ear was reshaped resulting in more optimal positioning of the ears. You can also see that the differences between the ears has been greatly improved with better symmetry having been achieved following otoplasty. 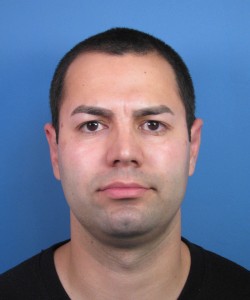 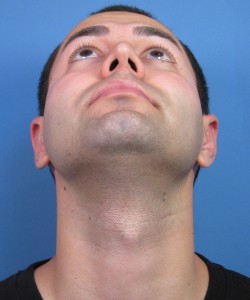 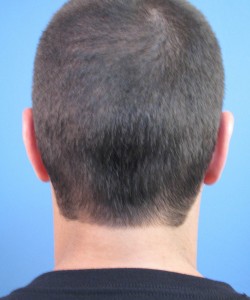