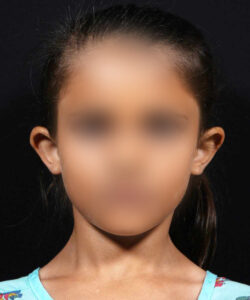 Did you know that Dr. Hilinski performs more otoplasty, or ear pinning surgery, than most plastic surgeons in practice? In fact, we would go so far as to say that he does more cosmetic ear surgery than any other plastic surgeon here in San Diego. Testimony to this is his incredibly vast photo gallery of amazing ear pinning results. Just take a look for yourself and you see that he has example after example of otoplasty patients that he has operated on over the years.

The latest success story involves this young girl whose parents brought her to Dr. Hilinski because of her prominent ears. Simply put, they thought her ears stuck out too far and desired to have them pinned back to appear less prominent.

That is precisely what Dr. Hilinski did in this case – he performed cosmetic ear pinning surgery to bend the ear structure back closer to the side of her head. In doing so, he had to remove some of her excessive cartilage in combination with making her ear fold more defined.

Before and After Ear Pinning

The results of her surgery after 4 months are shown here. As you can see, her ears are no longer as prominent and look very natural positioned on the side of her head. And you can see just a hint through the pixelation that she is now smiling! 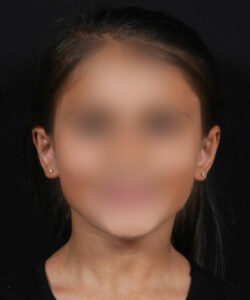