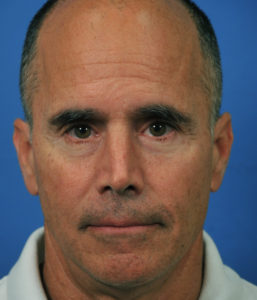 This is a great case example that demonstrates repair of a pinched nasal tip. This gentleman had previously undergone rhinoplasty surgery performed by a different plastic surgeon a few decades ago. Unfortunately, as time went on, his nasal tip began to collapse on both sides – resulting in pinching of the nostril side walls. This is readily seen in his preoperative frontal photograph shown here. Not only did this type of problem result in an abnormal cosmetic appearance – the pinched nasal tip also created problems in terms of breathing. After researching revision rhinoplasty surgeons online, he decided to drive down to San Diego to consult with me in person. Although there was a good number of board certified plastic surgeons in his local area, he felt that my experience and qualifications in revision rhinoplasty were better suited for his particular case.

During his consultation I was able to confirm for him the precise reason why his nasal tip collapsed following his original rhinoplasty surgery. The way I explained this to him is shown visually below.

The end result is a nasal tip that has harsh shadowing on both sides – often times a telltale sign of prior rhinoplasty surgery. In addition, the nostril support is compromised – leading to trouble breathing through the nose because of the structural collapse. 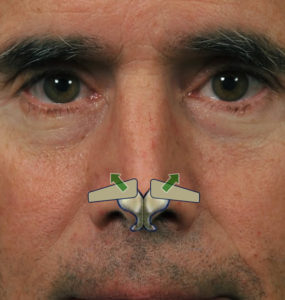 Based on the underlying problem, I recommended this patient undergo an open revision rhinoplasty procedure to help repair his pinched nasal tip. An open approach was necessary in order to have an optimal view of the collapsed cartilage and to allow precise placement of the grafts needed to restore proper support.

In concept, I planned on using cartilage grafts to help rebuild his pinched nasal tip. In the end, we chose to use cadaveric costal cartilage – also known as rib cartilage taken from a tissue bank. I would have used septal cartilage from inside of his nose, however, there was none left following his prior surgery. What about using ear cartilage? This was an option in his case, but I felt the rib cartilage graft would provide a more stable repair and more sturdy long-term result.

The above photo shows essentially how the rib cartilage grafting was performed to help repair the pinched nasal tip. I ended up creating cartilage grafts that extended from the midline out toward the side of the nostrils. Out toward the side, the cartilage grafts were very carefully positioned inside of what we call a ‘precise pocket’ so that they would stay put during the healing process. More toward the center of the nose, the cartilage grafts were secured to the remaining segments of the lower lateral cartilage. What this allowed me to do was reverse the pinching effect that was seen preoperatively (see green arrows). His surgery went quite well without any complication. At the same time, this patient also required a spreader, splinting graft that was placed on his right side to help provide further reinforcement to his cartilage framework.

Here are his results following my revision rhinoplasty. As you can see from this front view, his nasal tip is no longer pinched with abnormal shadowing along each side. The tip of his nose now has more of a convex overall shape, which is normal. 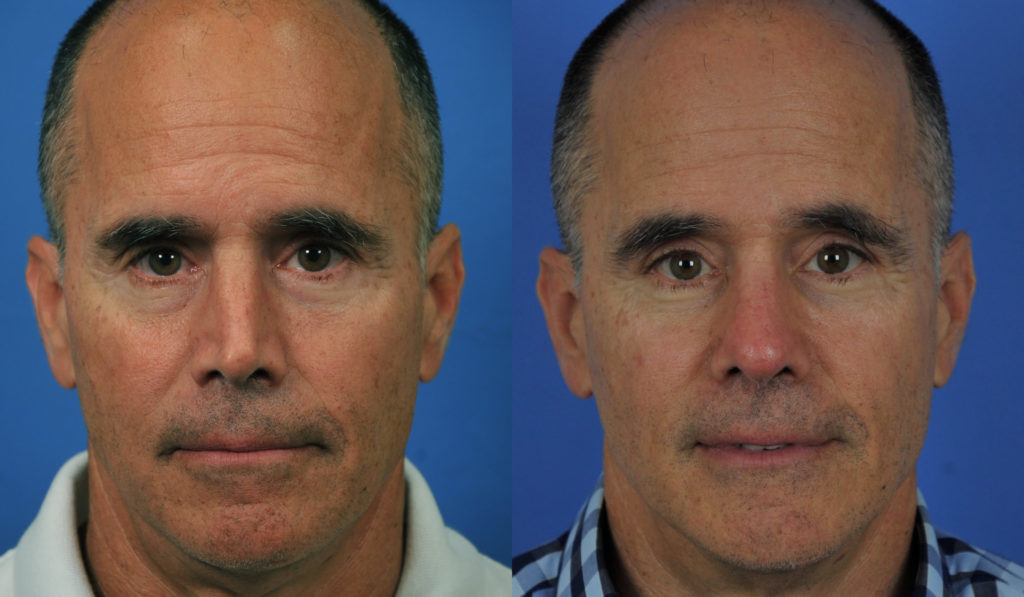 On this base view of his nose, you can really see how the nostril support has been improved with revision rhinoplasty. He now has more of what we call a ‘soft triangle’ outlined appearance to his nose – instead of the pinched, collapsed nostril walls that can be seen before surgery. 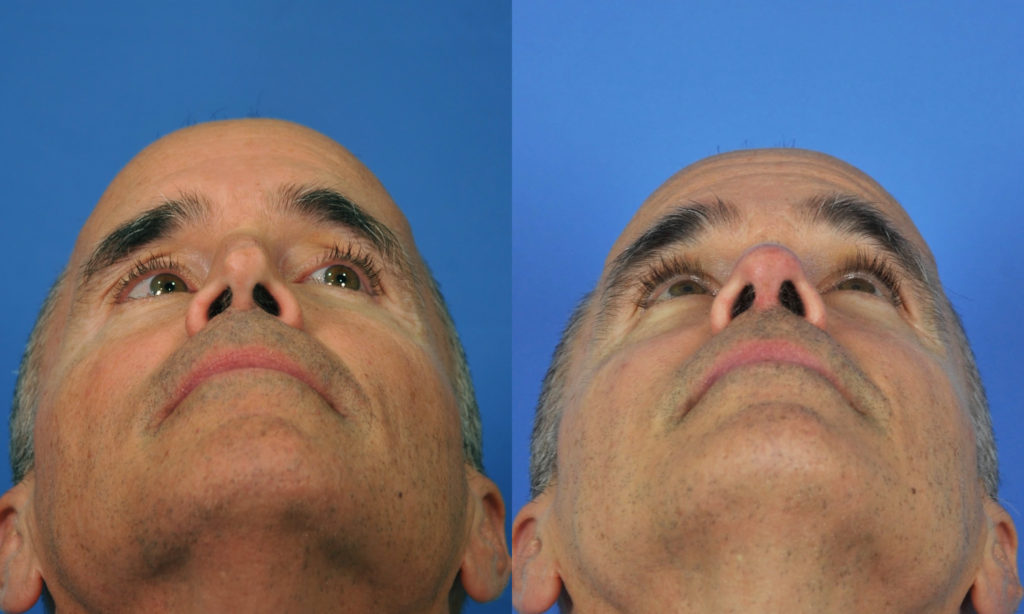 On this oblique view, you can also appreciate the improvements made to the nose. More specifically, you can see how the pinched nostrils are now more rounded – precisely the goal of the revision rhinoplasty. 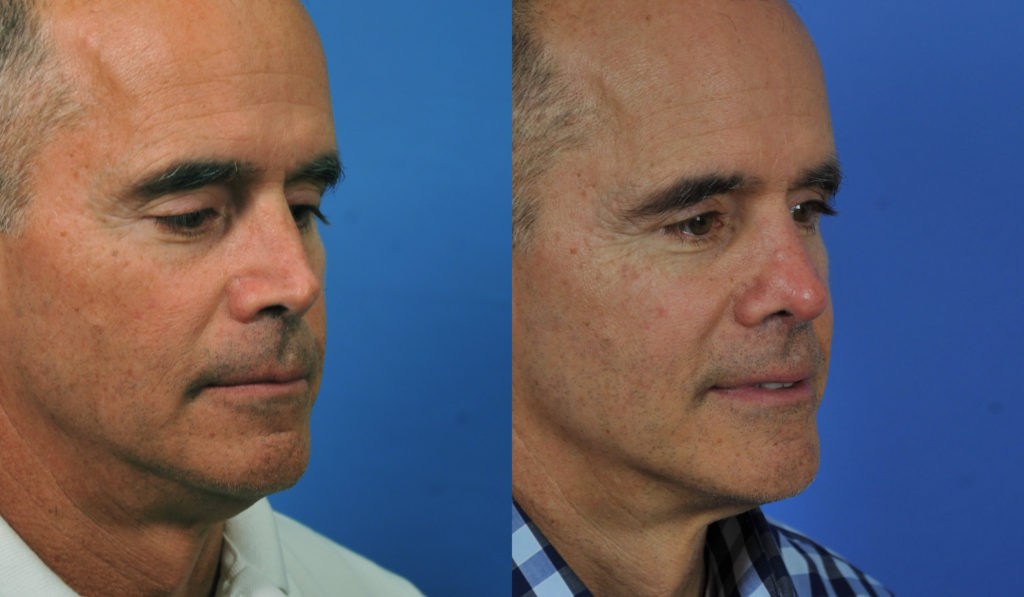 His other oblique view, you can see how symmetry was relatively preserved with the cartilage grafting technique. 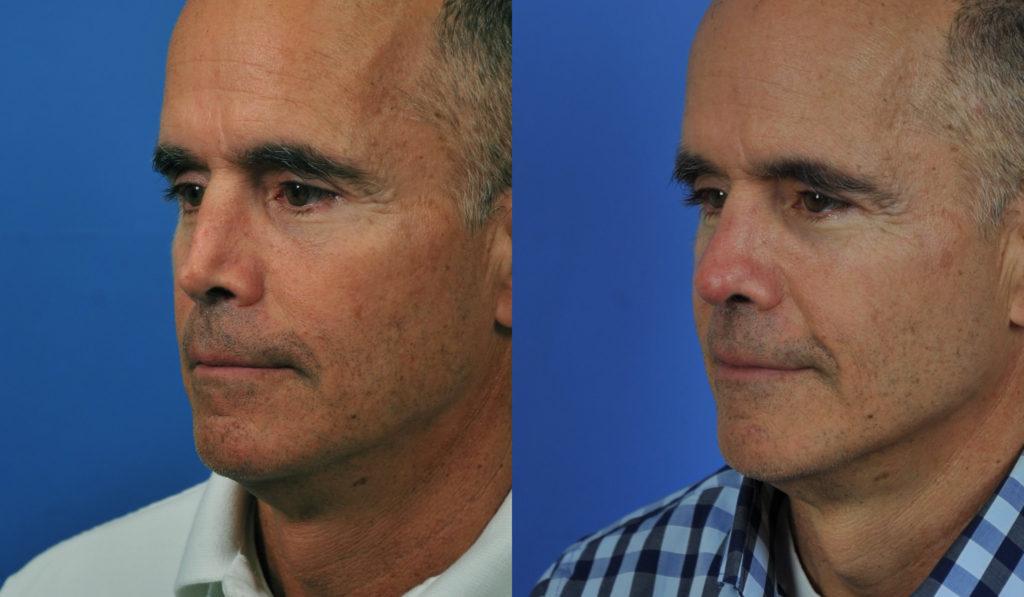 If you feel that revision rhinoplasty surgery may benefit your nose, do not hesitate in contacting my office today. In the meantime, take a closer look at our online rhinoplasty tutorial, which helps provide patients like you a more in-depth understanding of this very complex, yet satisfying, plastic surgery procedure.