Rebuilding One Side of the Nose

This particular case example highlights what is possible when rebuilding one side of the nose to create more symmetry. This particular patient from San Diego, CA sought out the services of Dr. John Hilinski because of his known expertise in the field of cosmetic and functional nose reshaping surgery. She consulted with Dr. Hilinski following an injury to the side of her nose that resulted in significant collapse of the right side of her nose. 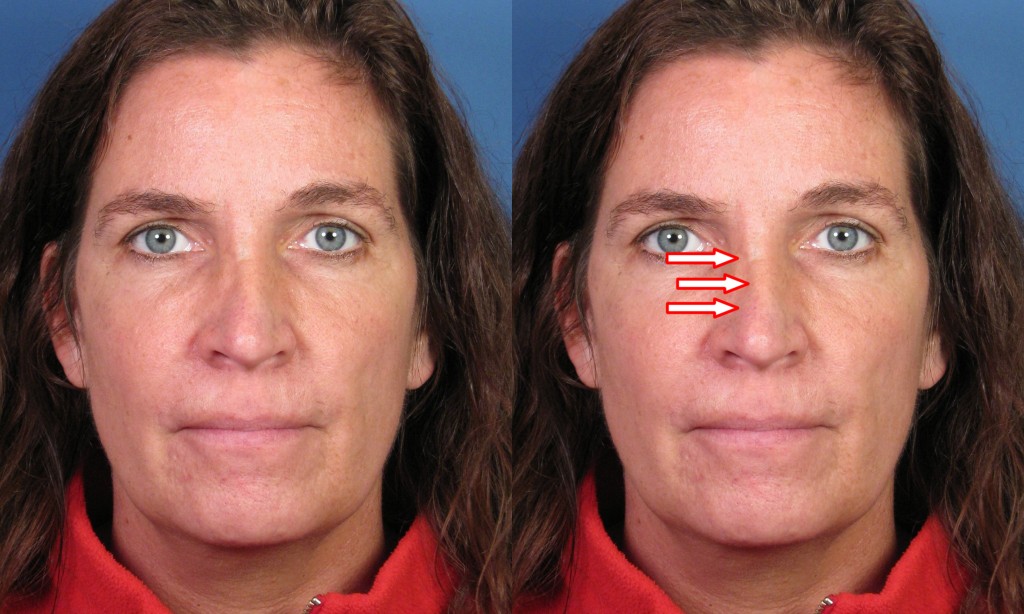 Unfortunately, she had previously undergone nose surgery prior to suffering this most recent injury. The fact she had prior reconstructive rhinoplasty surgery made this particular case even more challenging given the scarring that she had from previous surgery as well as distortion of the normal anatomy inside of the nose.

In terms of the type and degree of nasal collapse that was noted, it can be readily seen in the adjacent photo as seen from the frontal view. The red outlined arrows indicate how her right nasal wall was crushed inward as a result of the trauma. With such a marked degree of collapse, the normal shadowing of the nose becomes significantly disrupted as seen from the front view. Keep in mind that the ideal nose has relatively symmetrical brow-tip esthetic lines that are discussed in more detail in our online rhinoplasty tutorial section on nasal analysis. In this particular case, the brow-tip esthetic line on her right side is notably disrupted when compared to her left side. In addition to the obvious cosmetic concerns with a nose such as this one, consideration must also be given to the negative impact this type of change has on the function of the nose. In this patient, she also presented with a complaint of moderate difficulty in breathing through the right side of her nose, which is not surprising when looking at her her nose. In cases like this, there is really no type or amount of nasal medication that can be prescribed to help counter the effect of such a structural collapse. 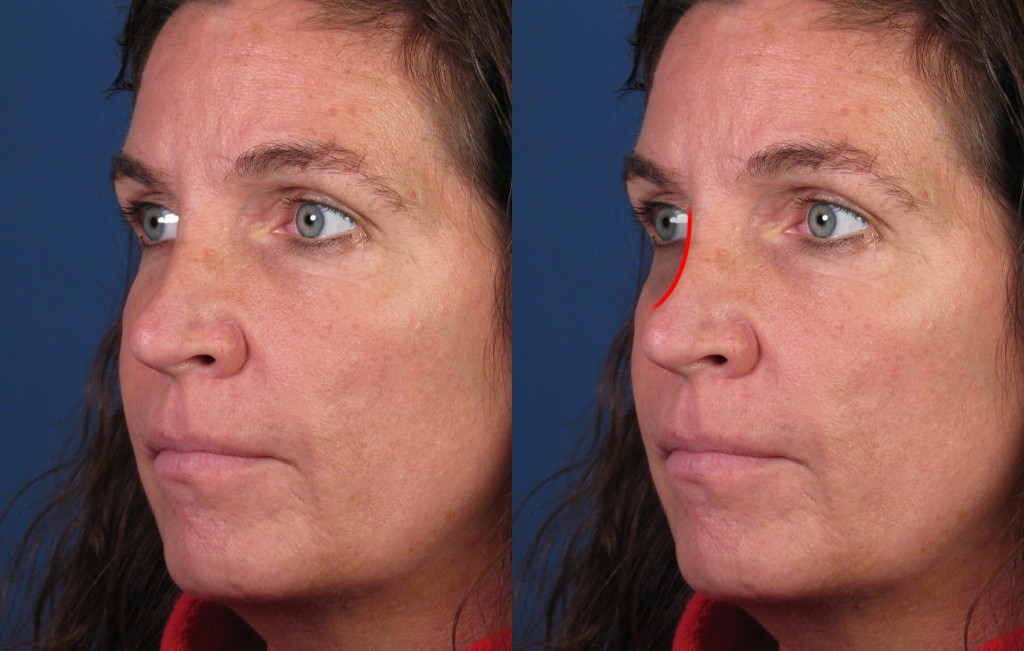 When looking at her oblique (45 degree angle) view of the nose, you can get more of an impression of just how much collapse is present along her right side. When looking at oblique photos of rhinoplasty patients, you are actually assessing the opposite side of the nose. Meaning, in this case we are looking at her nose from the left side of her face. But what we are truly assessing in terms of her nose is the right side of her bridge. In this particular rhinoplasty patient, it almost appears as if someone scooped out the right side of the nose leaving her with an obvious concavity in terms of the nasal bridge contour. This red curved line does not represent a scooped appearance from the side view of the nose. In fact, her side view was relatively normal as can be seen in her before and after photos below. What this red scooped contour represented was a significant collapse involving the bone and cartilage along her right bridge.

In this type of nasal collapse following trauma to the nose, the bridge needs to be reconstructed by adding cartilage to the nose to restore structural support. This is called cartilage grafting in the world of rhinoplasty. In this particular rhinoplasty patient who had prior nose surgery, the septal cartilage was previously harvested (partially taken out) by another plastic surgeon. Therefore, septal cartilage grafting was not an option. We discussed the secondary options of trying to use rib grafting versus ear grafting to rebuild her collapsed nose. After reviewing the advantages and disadvantages of each option, the patient elected to go forward with reconstructing her nose using ear cartilage grafting.

The cartilage was harvested by making a hidden incision behind the ear so that there was no visible scarring once healed. Like in all cases of ear cartilage grafting in rhinoplasty, a sufficient amount of cartilage was left behind to maintain proper support and shape for the ear. The ear cartilage that was removed for grafting was then used to reconstruct this patient’s right nasal bridge.

Before and After Revision Rhinoplasty with Ear Grafting

The following photos show her revision rhinoplasty results with use of ear cartilage grafts to reshape the nasal bridge. As you can see, she now has an overall improvement in symmetry of the nasal bridge, especially when looking from the frontal view. When looking from her left oblique angle (shown above), you can see how her right nasal bridge has been lifted up and out to restore a more normal contour. As alluded to above, her side view was not significantly affected by the injury and remained fairly stable before and after rhinoplasty surgery. In the end, this San Diego revision rhinoplasty patient was provided with a marked improvement in her nasal bridge contour with restoration of a fairly normal looking nose following a traumatic collapse of one side. 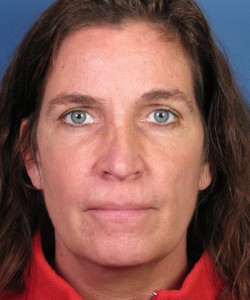 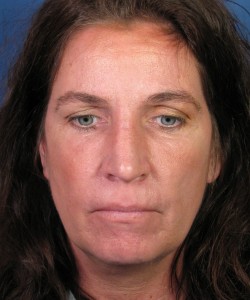 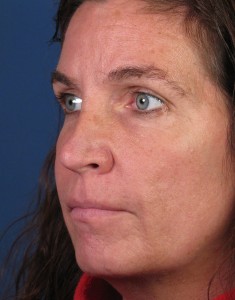 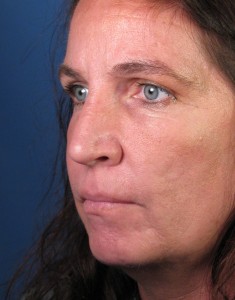 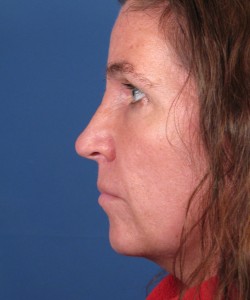 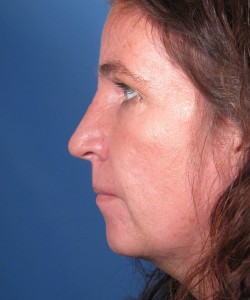