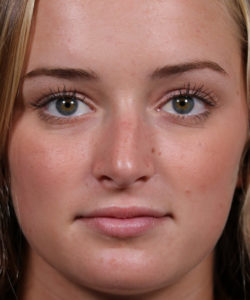 Here is a great case example of teenage rhinoplasty to repair a crooked nose. This young lady from San Diego suffered trauma to her nose resulting in a fracture. As a consequence of the injury, her nose shifted over to the side. This led to trouble breathing through the nose (a deviated septum inside) as well as the cosmetic issue noted here. You can see in her before photo just how crooked her nose is when seen from the front. About one-third of the way down her bridge (starting from the top), it starts to angle off to the opposite side. It almost appears like an elbow within the middle of her  nose. This type of crookedness in the nose can be really distracting as it shadows abnormally and draws unwanted attention.

Dr. Hilinski performed reconstructive nose surgery on her – not much different than what would be performed during rhinoplasty. This included complete reshaping of her nasal bones as well as restructuring of the cartilage framework of her nose. This is what was needed in order to try and straighten her bridge to create more symmetry.

Here results are shown here. You can readily see that her nasal alignment has been markedly improved. The bones are now more equal in shape from left to right. Plus, her cartilage contour has bee greatly enhanced to give her nose much better alignment down the middle. This includes the abnormal shadowing she previously had that was drawing unwanted attention to her nose. She now has a great looking nose (that functions better as well) that simply allows people to look more directly at her beautiful eyes without getting distracted. 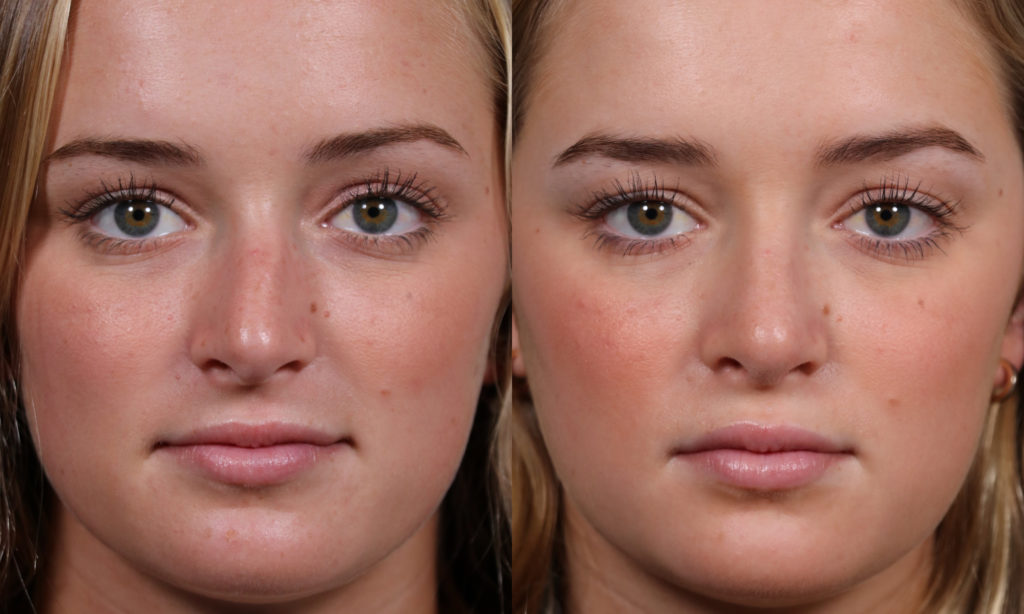