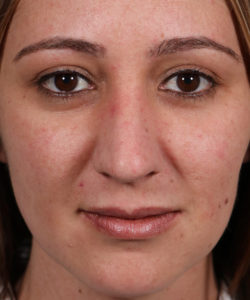 Here is a classic example of how a droopy, ptotic nasal tip can be lifted up to give a nice cosmetic improvement in the appearance of the nose.

This female patient from San Diego desired to have better tip definition and position. Her main issue anatomically with the nose was the fact her nasal tip was droopy. If you look at her frontal view here, you will notice that she barely has any nostril show. Meaning you don’t really see into her nostrils at all. Of course, the opposite situation is also not desirable where you can see into the nostrils too much. This is often referred to as a miss piggy nose where the tip of the nose is turned up too high. But just as this is considered undesirable and abnormal, so is the instance where the nostrils are barely visible from the front view. This latter situation is due to the tip of the nose hanging down too low – making it appear droopy. Plastic surgeons and rhinoplasty experts commonly refer to this as a ptotic nasal tip – with most of these patients having what is called under rotation of the nasal tip.

This patient consulted with Dr. Hilinski after doing thorough research online to try and find the best rhinoplasty surgeon in San Diego to fix her nose. After consulting with our office, she elected to proceed with the recommended open rhinoplasty surgery to help lift her tip and define the nose a bit more.

The nasal tip was mainly reshaped with reorientation of her cartilage framework. Very minimal cartilage grafting was needed to achieve this type of change. Keep in mind that she had very thick nasal skin, which detracts from the amount of definition and narrowing that a patient can ultimately realize from rhinoplasty surgery. But despite this anatomical challenge, she still has a very nice cosmetic improvement compared to before she underwent rhinoplasty by Dr. Hilinski.

Some before and after photos are provided here to show you just how much change can be seen with movement of the nasal tip several millimeters here and there.

As you can see on these two telling views, her nasal tip has been lifted up nicely to put it into a much better position. You can now see some degree of her nostril opening. However, it is not excessive and looks quite natural for her face. You can also easily appreciate how much nicer her nasal tip shape now is following rhinoplasty. This is a direct result of cartilage reorientation, including narrowing, to make her nasal tip look more refined. Overall, her nose is vastly better – yet she still looks very natural – as if she could have been born with this nose. 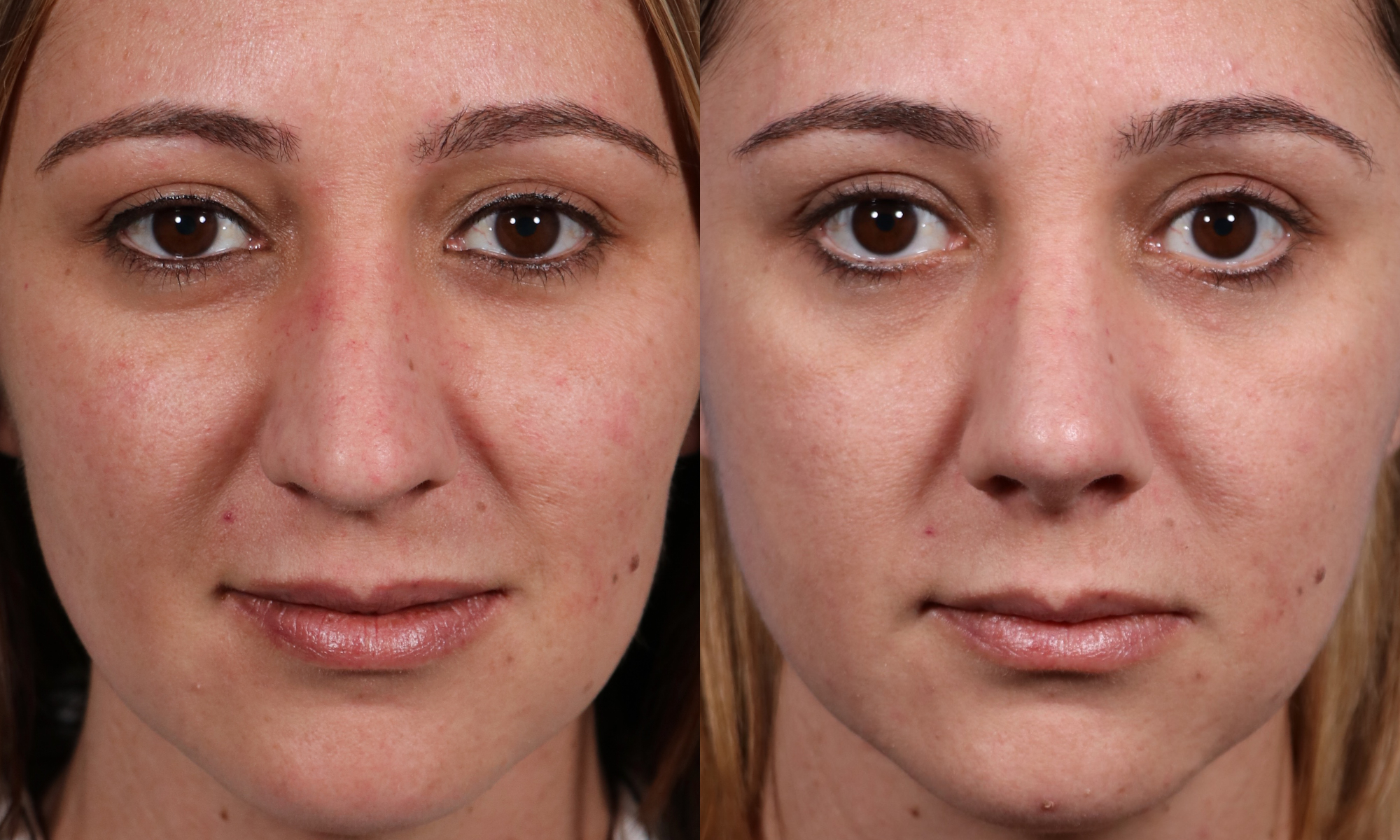 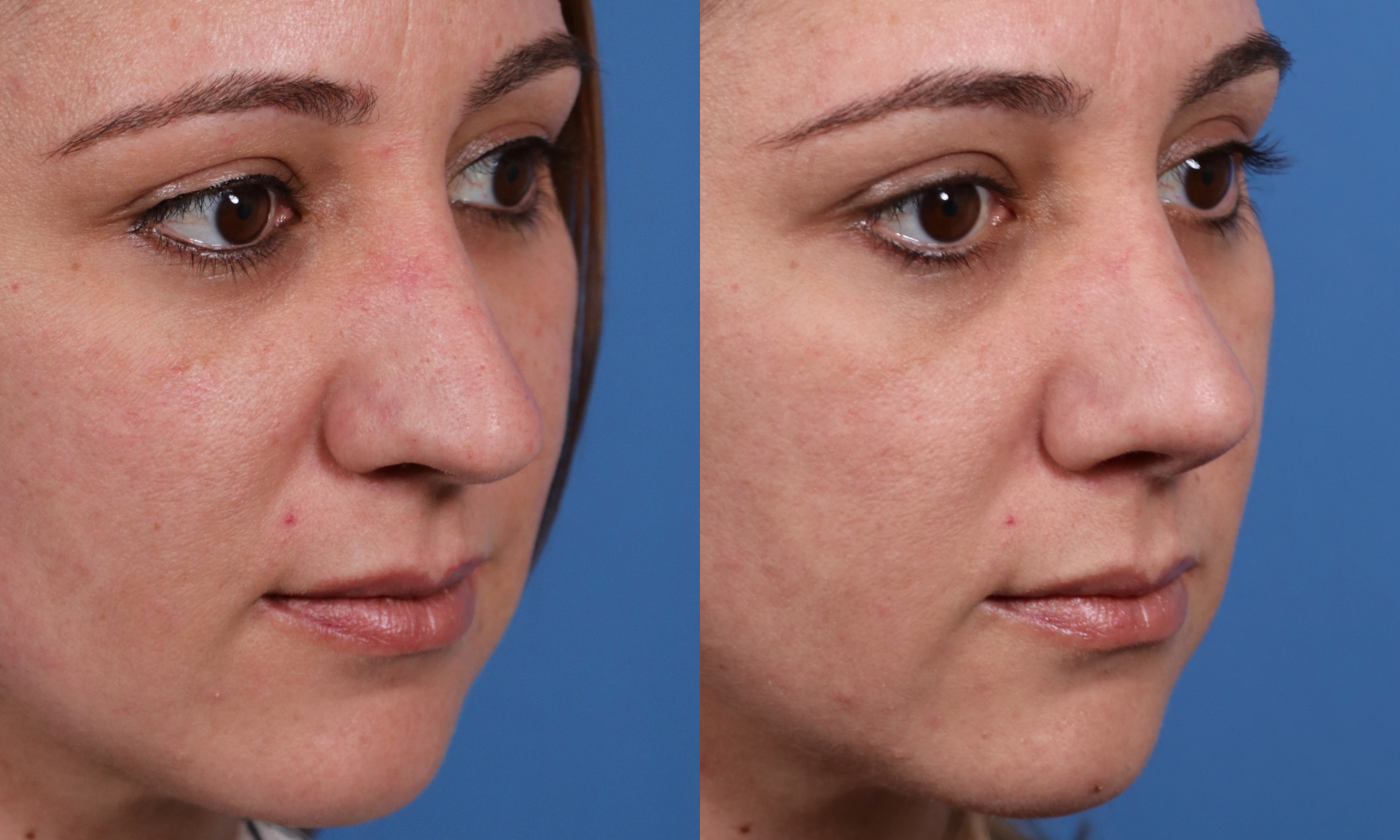