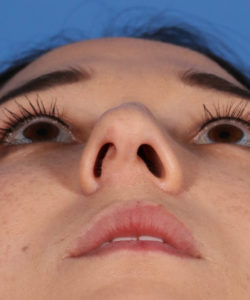 Check out this amazing transformation for this young lady who came to Dr. Hilinski to have her nose completely overhauled.

When Dr. Hilinski first examined her, one of the most immediate findings noted was her abnormally shaped nasal base. As you can see her nostrils were very asymmetric with her right side being nearly closed. This was primarily due to the fact that her nasal septum was very crooked and displaced – extending all the way down into her nostril opening. 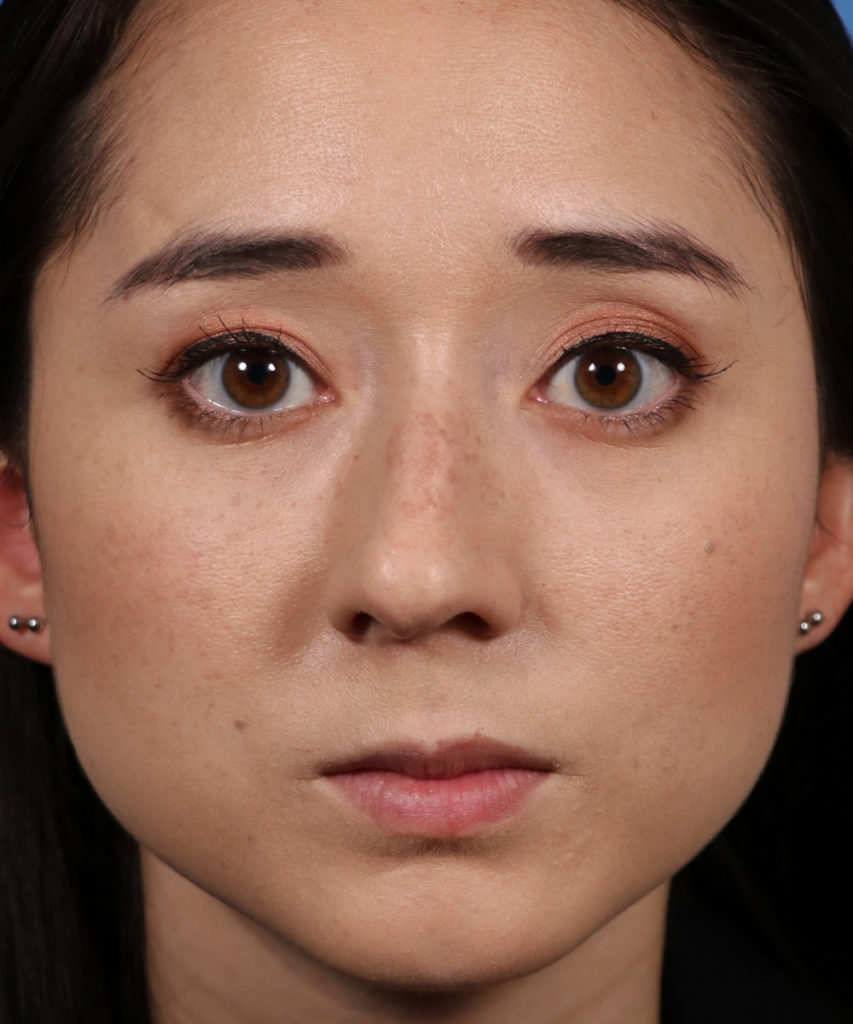 When you looked at her nose from the front, you could see the translation of this asymmetry as you followed her nasal bridge down from the brow region. From this angle, her nose was displaced, or crooked, off to her right side. This was also a direct reflection of her deviated septum extending all the way up to the bridge. But her nasal bones were also crooked and contributing to the problems.

Dr. Hilinski told her that her nose essentially needed a complete overhaul. This meant that she needed to have the bones repositioned, the bridge of the nose moved over, the septum completely reshaped, and the nostrils reconstructed to be oriented more in a midline fashion. So from top to bottom, her nose required total reshaping.

Dr. Hilinski ended up performing her surgery using a closed rhinoplasty approach. This means that all of the access incisions were made inside of the nostrils. Many plastic surgeons are now referring to this approach as a ‘scarless rhinoplasty’ since the scars are essentially hidden from the naked eye. The reality is that you cannot perform surgery without scars. But if you can really hide the scars during a rhinoplasty surgery like this, it can basically appear as if it was done in a scarless manner.

As part of the reconstructive effort, her entire septum was completely reshaped to help open up the nasal airway so she could breathe better. Much of this effort was directed at the bottom of her nose so that Dr. Hilinski could completely reorient her nostril openings. This involved moving the bottom edge of her septum – termed the caudal septum – more toward the middle of her face and re-establishing proper support. Once this was successfully completed, her was then able to move her nasal tip and bridge alignment more toward the middle – creating a much improved frontal view.

As part of the surgery, Dr. Hilinski also reduced her nasal bridge height – essentially taking down her dorsal hump to give her a straighter profile view.

Below are her scarless rhinoplasty surgical results. As you can see she has quite a dramatic improvement in the overall appearance of her nose. Of note, her nose also functions much better than it did before. From the frontal view, you can see just how much better her overall alignment is. Yes – she still has some residual asymmetries. But this is quite normal for this type of incredibly complex facial plastic surgery.  But you really can’t argue whether or not her nose looks better. As you begin to turn her face to the side, her oblique and lateral views confirm a beautiful cosmetic improvement in her profile. Her nasal bridge height has been taken down to a more appropriate level while avoiding the dreaded scooped nose that is still so often seen after rhinoplasty surgery. And when you peek at her nasal base – wow – check out the improvement in her nostril shape and size! She now has much more symmetry with tip support that is dramatically better. And all of this was able to be accomplished using a scarless rhinoplasty approach. We are just so happy for her and her results! 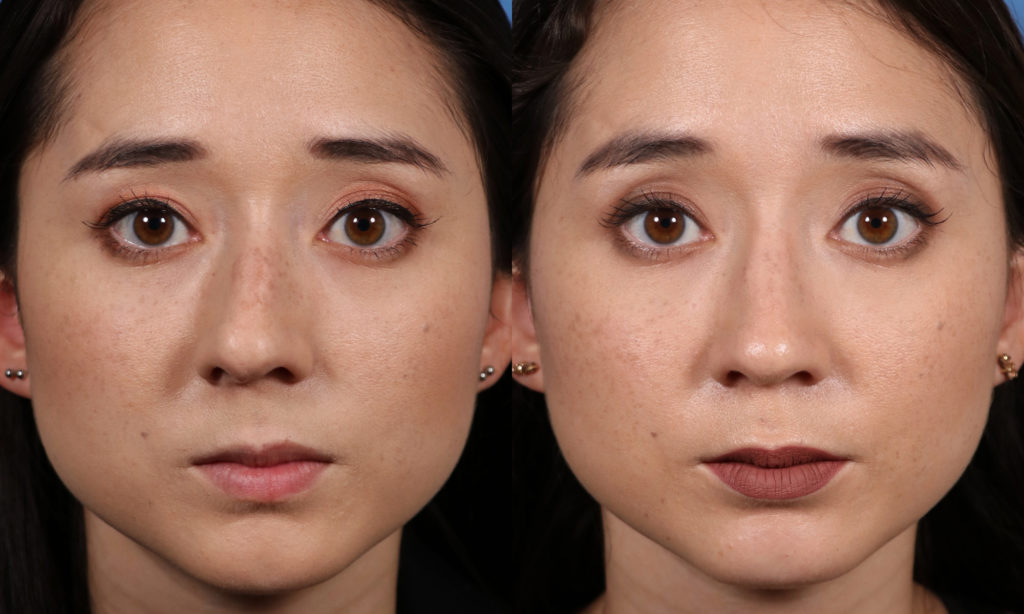 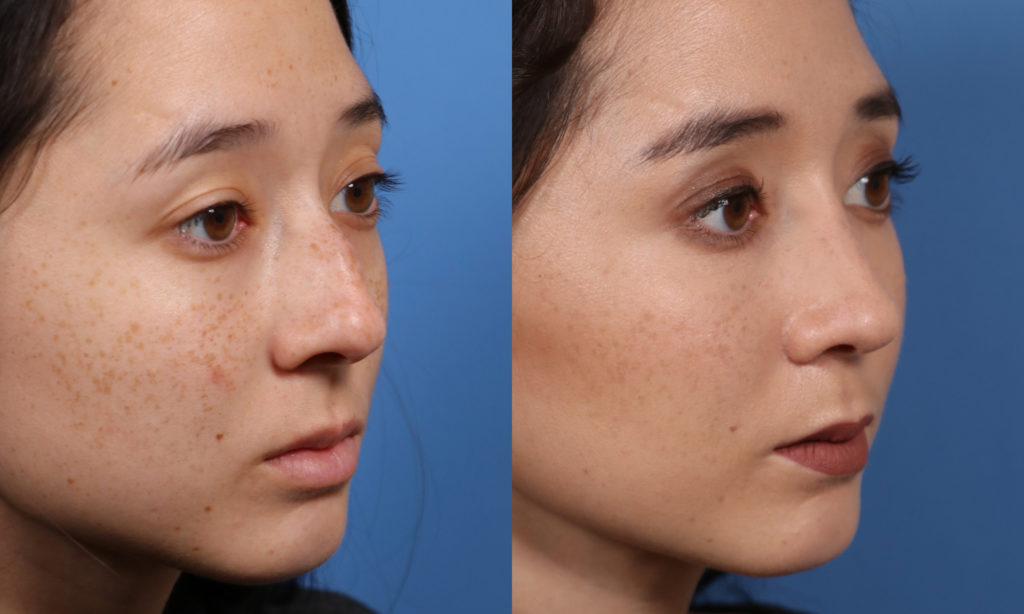 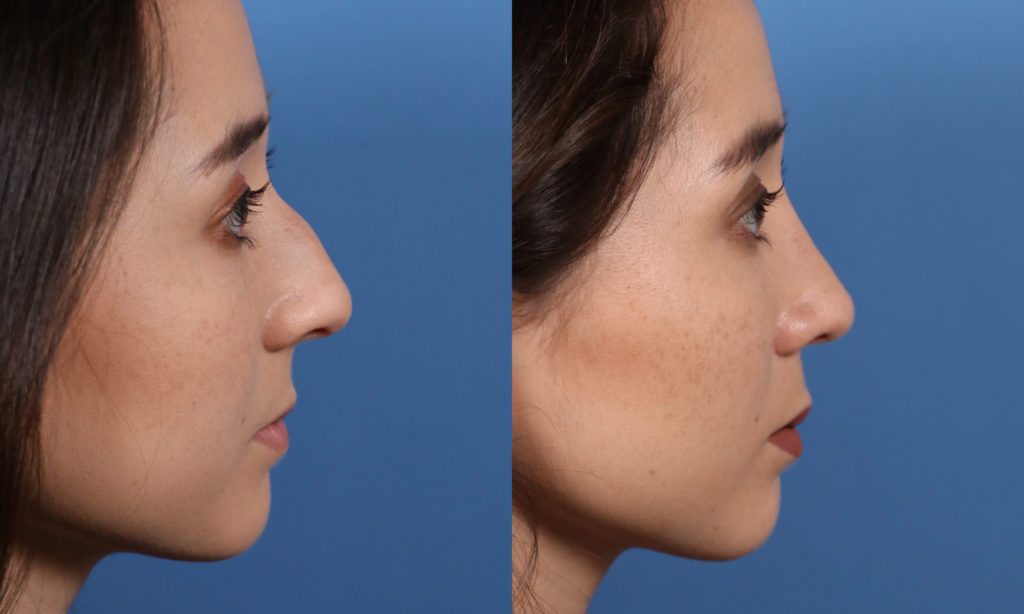 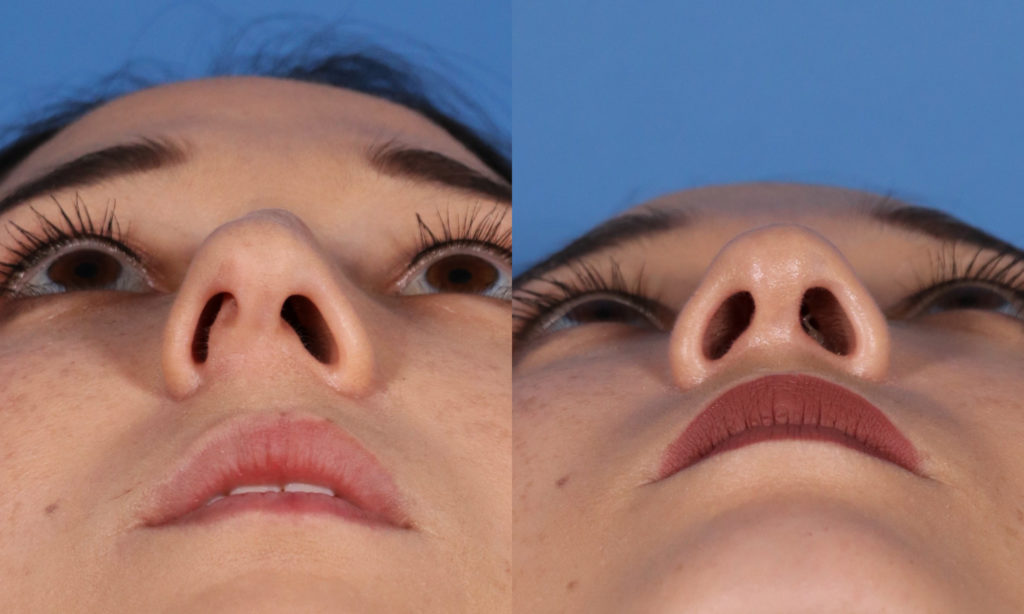