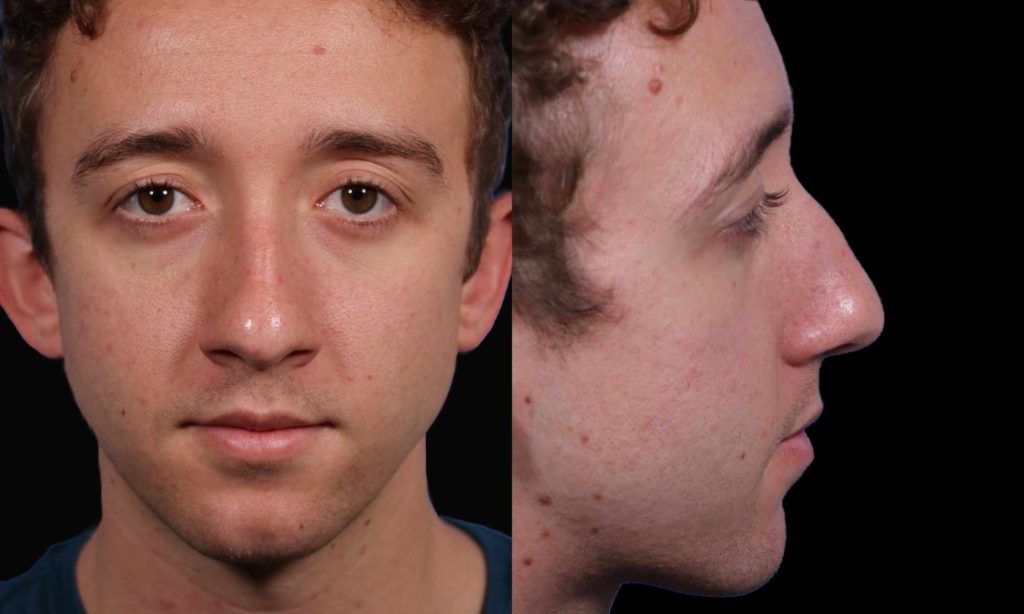 Every once in a while we get an online rhinoplasty inquiry regarding a dorsal hump and whether or not the bones have to be broken in the process of taking the bump down. So we decided to post a case example of exactly this.

Here is a male rhinoplasty patient who consulted with Dr. Hilinski regarding a few cosmetic issues. One of the main issues he had was a dorsal hump, which can be readily seen on his profile view. When you look at his frontal view and you focus more on his bridge, you will see that his nose actually looks too thin from this angle. This is because he has a very ‘tall’ bridge and when light hits it (or anything that is tall) there is a sharp shadowing effect that occurs – making this nasal bridge appear very narrow.

This is precisely the set up, or anatomical combination, that warrants doing cosmetic rhinoplasty to reduce the bridge height without breaking the nasal bones at the same time. So why is this? It is because whenever you take down the nasal bridge height and stop there – without breaking the bones to move them inward – the appearance of the bridge becomes wider. This is due to the fact that you now have a structure that is not so tall and does not shadow light as readily. Therefore, it appears wider from the frontal view. In this particular case, our goal was to make his nasal bridge appear less narrow – or wider in other words. So taking the bridge height down without moving the nasal bones inward was precisely what was indicated to achieve the desired cosmetic changes to his nose.

So what does this look like? Here are his photos showing a stable one (1) year recovery result. As you can tell on the front view of his nose, rhinoplasty surgery has resulted in a bridge that now has a more appropriate width from left to right. No longer does his nose look too thin or narrow. In fact, the nose looks wider from this frontal perspective, which is precisely what the goal was going into the rhinoplasty surgery. But when you look at his side view, the bump is now reduced and he maintains a nice, strong, masculine profile. Overall, he still looks very natural in that he now has a nose that appears as if he could have been born with it. And all of this was accomplished without actually breaking his nasal bones!

Of note, his nasal tip was also narrowed nicely during the rhinoplasty and now gives his nose a much stronger, more defined look. 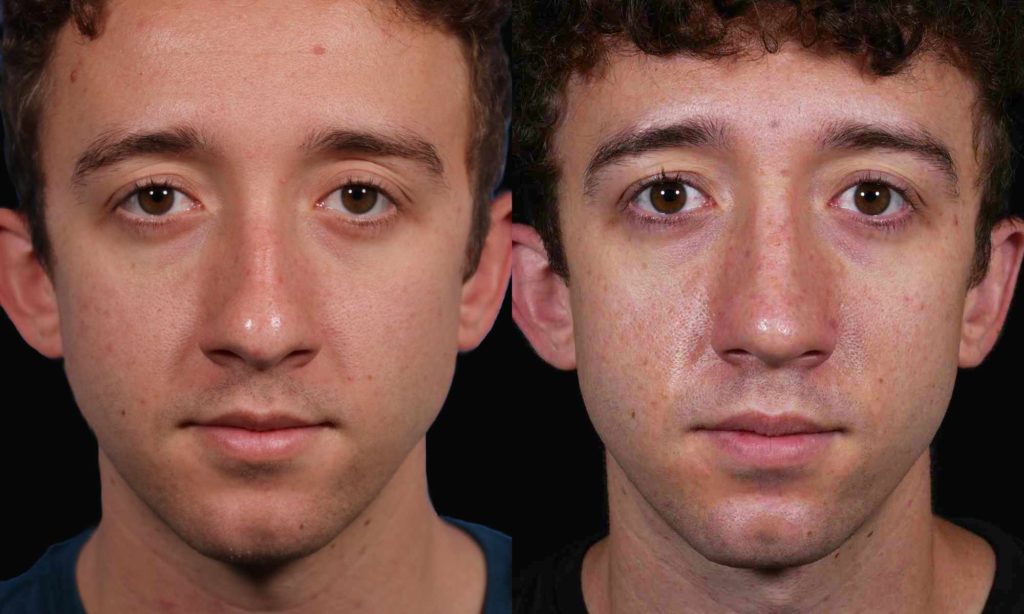 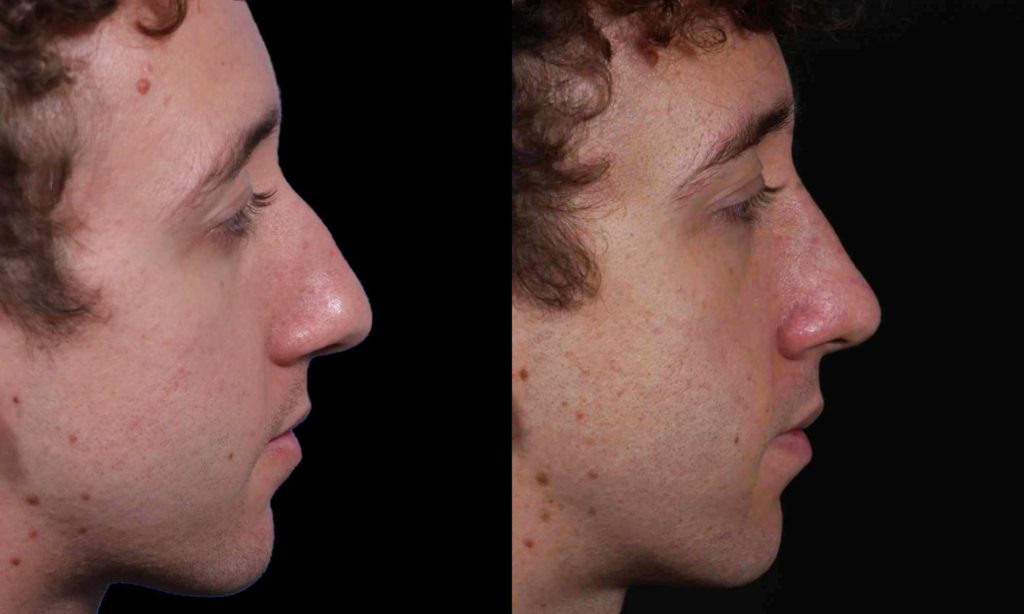