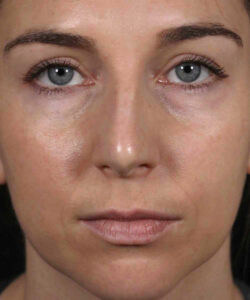 Correcting a crooked nose deformity is considered one of the most challenging types of rhinoplasty surgery. That is because trying to get the nose to sit in the midline of the face is incredibly difficult. There are several different ‘moving parts’ and a multitude of variables that contribute to how and why this type of nasal reshaping is considered so hard. Fortunately, in experienced rhinoplasty surgeons’ hands, such as Dr. Hilinski’s, a successful outcome can be achieved. This is evidenced in the case example provided here showing a beautiful correction of this female patient’s crooked nose.

So many patients – and plastic surgeons – mistakingly believe that all crooked noses are due to the nasal bone being out of alignment. The reality is that many crooked noses are, indeed, due to bones that are asymmetrically positioned and shaped. However, there is a good number of rhinoplasty patients who have a crooked nose that is the result of other structural abnormalities beyond the nasal bone. For instance, in many cases the cartilage framework of the nose is a key problem that needs to be addressed in addition to the crooked nasal bone.

The Philtrum in a Crooked Nose 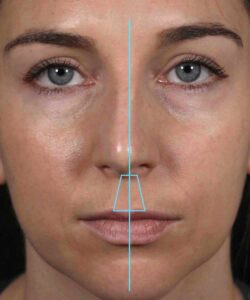 So how can you tell whether or not it is just the bone contributing to the crooked nose alignment or if it is something else? One of the first things you should look at is the philtrum. The philtrum is the naturally trapezoidal shaped area under the nose that extends down to the upper lip. These two softly raised ridges of skin are usually not parallel, but sit at a slight angle as they go from the nose to the upper lip vermillion border. Normally, the philtrum is situated relatively in the midline of the face. In many patients with a crooked nose, the philtrum is off to the side and hints at the fact that the bone is not the only problem with the nose.

In this particular patient, if you draw a vertical line down the middle of the face from in between the eyebrows to the chin, you will readily appreciate how far off her nose sits on the face. And if you look closer at her philtrum, you can see that hers is positioned much more to her right side. As you follow her philtrum up to the nose, you will also notice that her columella (the column of tissue between the nostrils) is displaced to her right side. This corresponds to the cartilage framework supporting the tip of the nose – and really demonstrates how her crooked nose deformity is not just bony displacement of the bridge, but also involves the cartilage skeleton of the nose.

So in order to successfully correct this type of crooked nose, the entire structure needs to be reshaped from top to bottom. If one were to simply try and break the bones and move them over, the cartilage will still be far off the midline and contribute to persistent problems with her alignment.

As part of the reconstructive effort to fix this crooked nose, Dr. Hilinski ended up breaking the nasal bones and shifting them more to the middle of her face. But he also had to deal with the displaced nasal cartilage framework. This was accomplished by detaching the septum from its current location and literally moving it to a new position more in the midline of the face. It was then sutured and anchored to provide a more proper and symmetrical shape for her nasal tip. Only by targeting both the bone and cartilage was it possible to make the nose much more symmetrical on her face. You can imagine that this combination of surgical maneuvers helped with the cosmetic appearance of her nose as well as the function of her nose. In fact, she is now enjoying a much improved nasal airway with significantly less symptoms of obstructed breathing.

Before & After Crooked Nose Repair

The results of her septorhinoplasty surgery are shown below. As you can see, her nasal alignment is so much better now! Her bones have been repositioned to a more midline location and her nasal tip has been brought over to create more symmetry. If you take a more detailed look at her philtrum, you will also see much different that area now is following surgery. The philtrum is now more centered because the nose is more centered. In fact, her upper lip is more even now too! As we tell patients all the time, the nose will never ever be perfect. But it is markedly better than it was before. 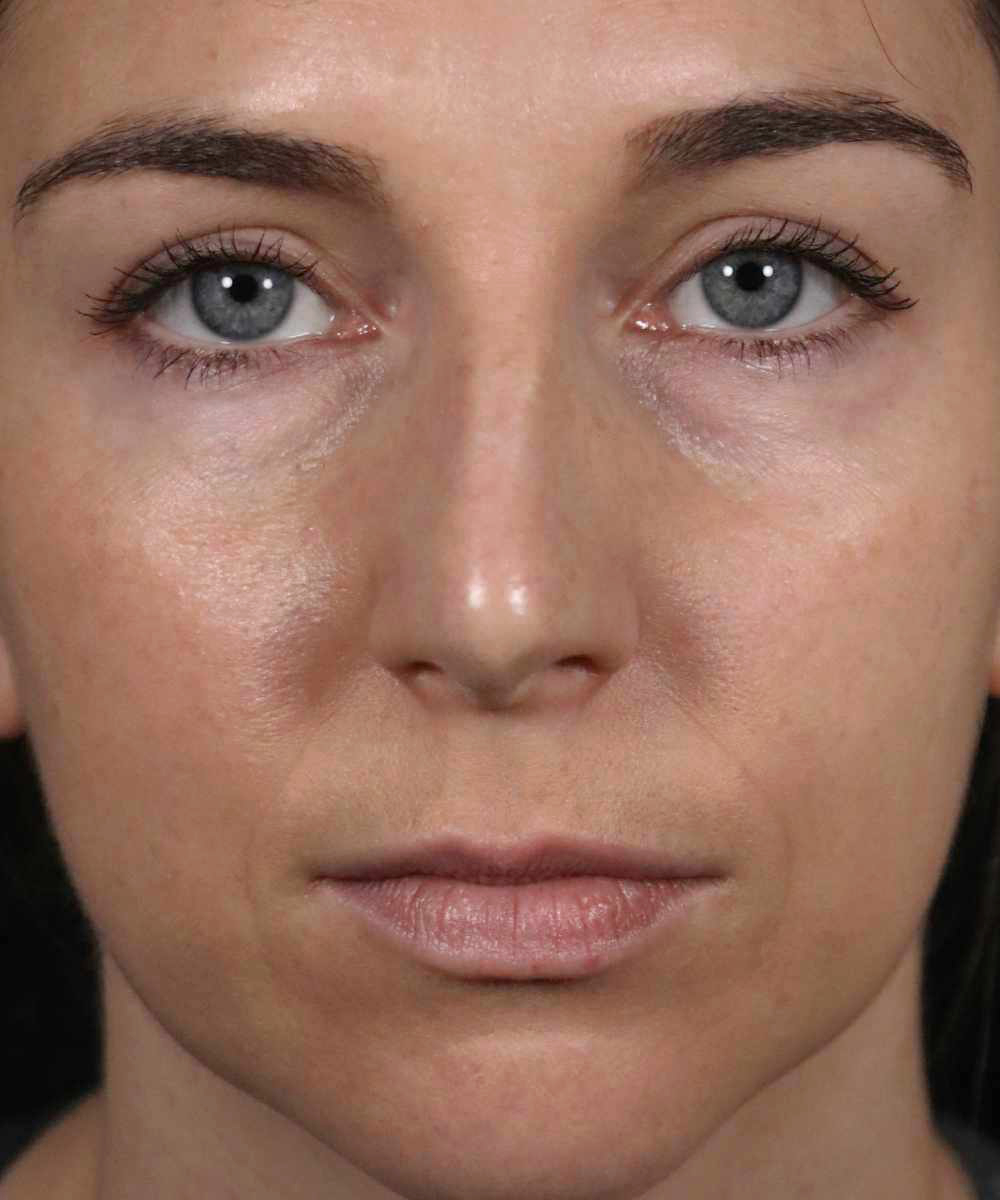 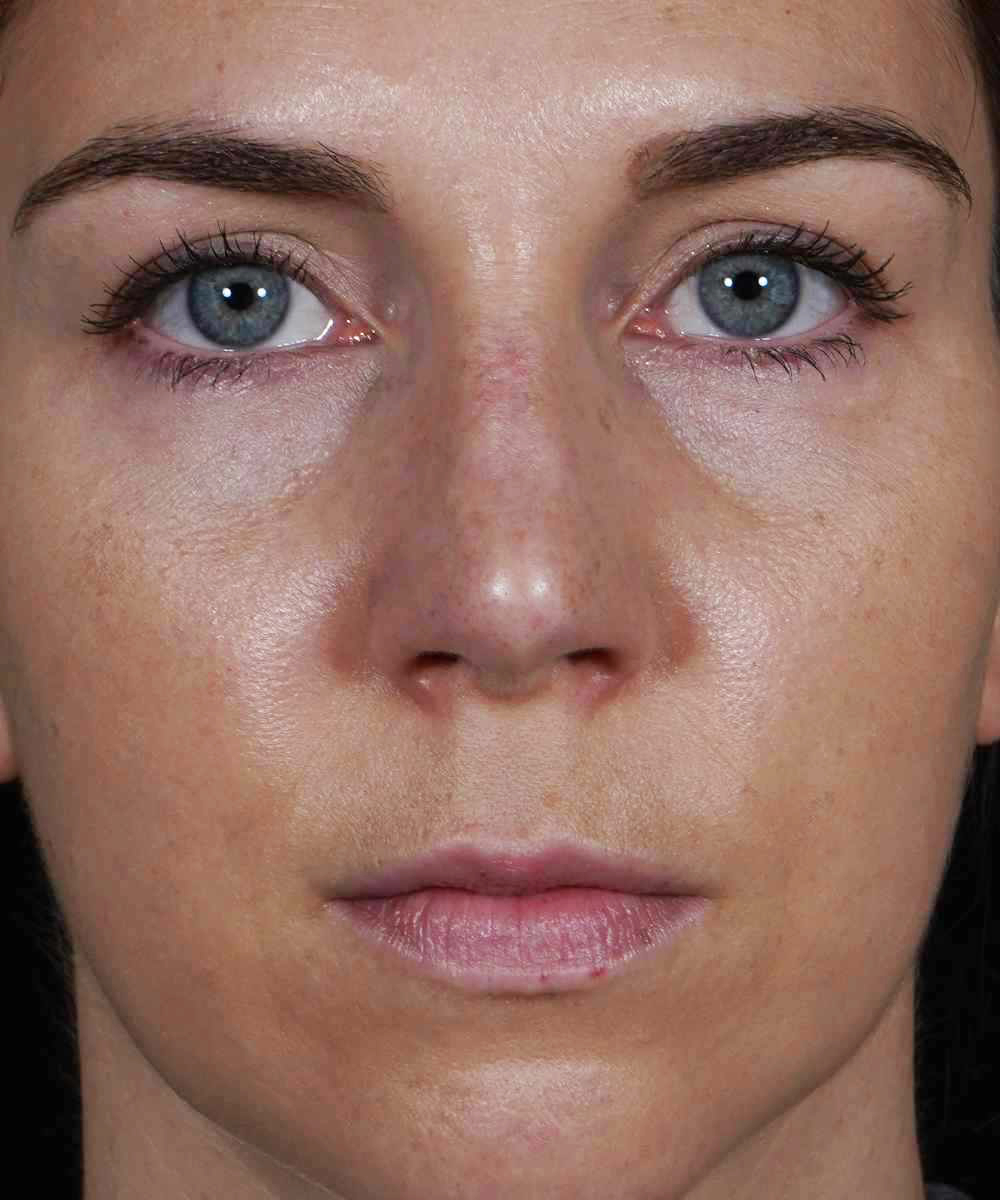 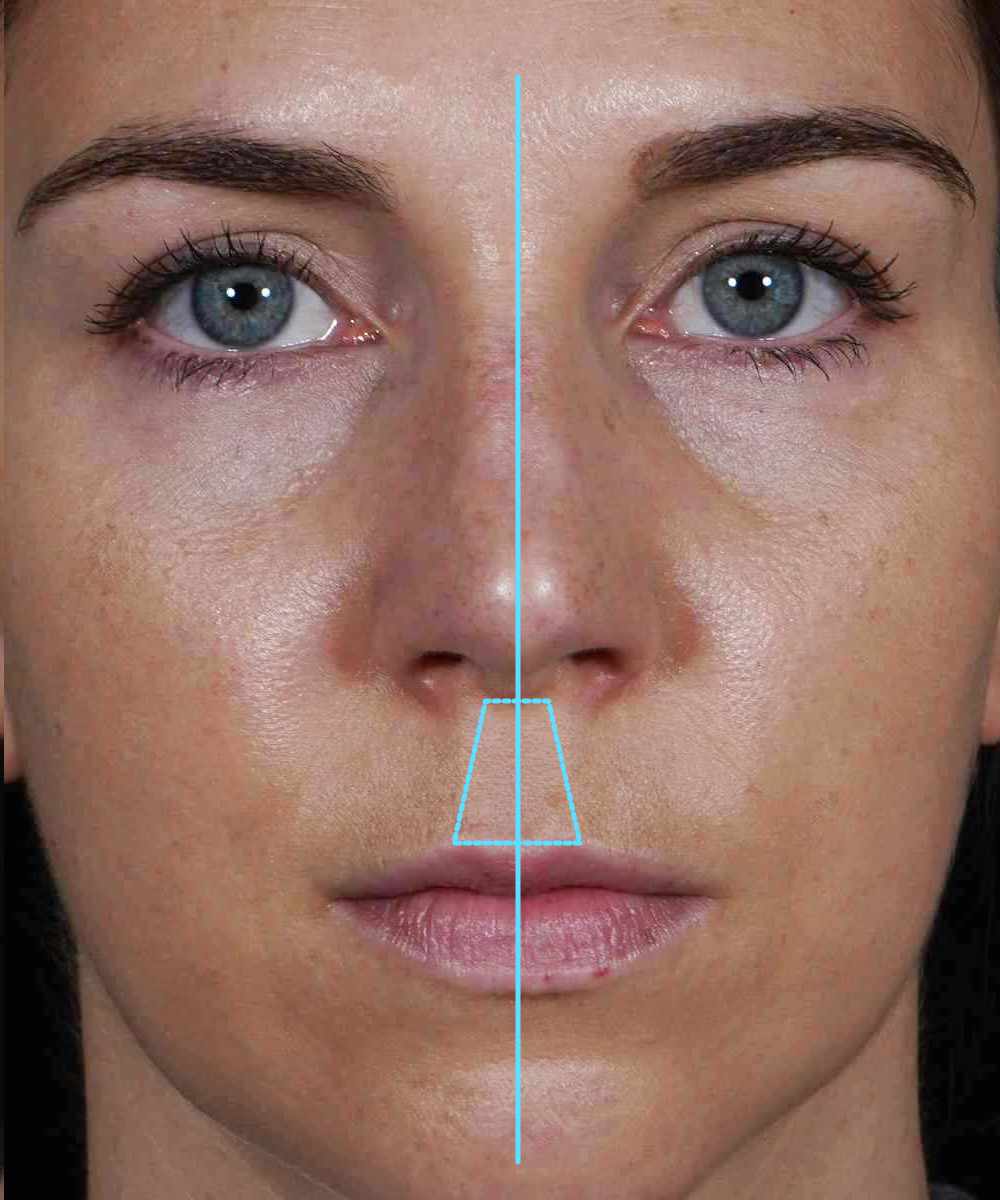