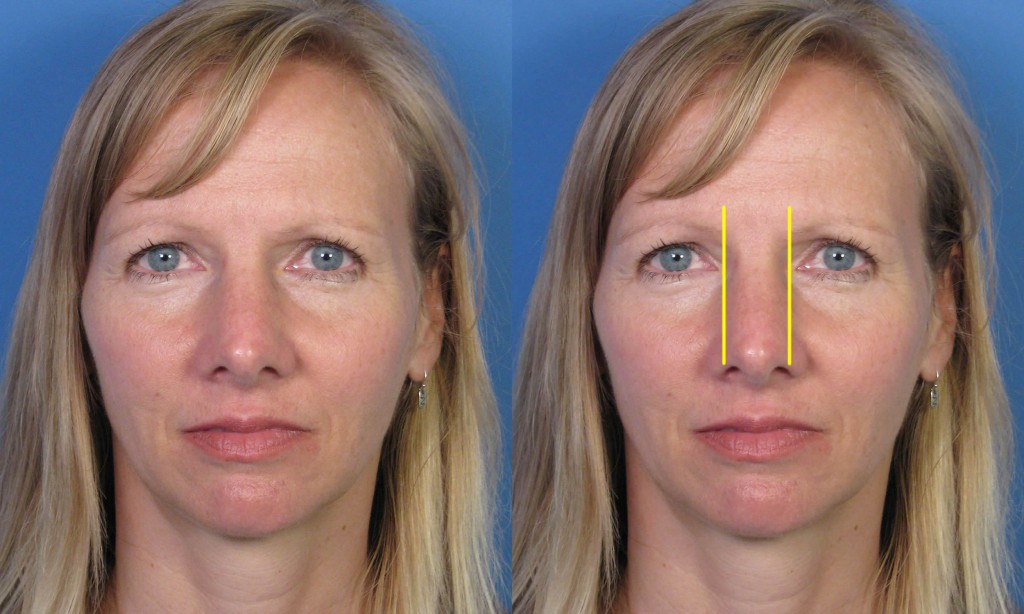 Osteotomies are a specific maneuver performed during rhinoplasty surgery to help narrow a wide nasal bridge and/or to straighten a crooked bridge. This rhinoplasty tutorial here focuses on the former – using osteotomies to narrow what is seen as a wide nasal bone.

This young lady consulted with me for a variety of reasons related to the cosmetic appearance of her nose. One of her main issues was that her nasal bones (and nasal bridge) appeared too wide. In looking at her preoperative frontal photograph provided here, you can readily appreciate that her nasal bridge, indeed, looked a bit wide. The vertical yellow lines approximate the actual width of her nasal bones, also referred to as the bony nasal pyramid. Ideally, these lines would be closer together in the midline position – creating a more favorable shadowing effect along the sides of the bridge. 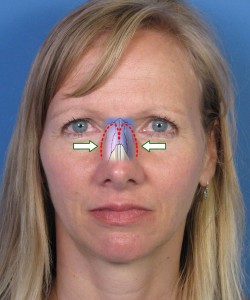 As part of her cosmetic rhinoplasty procedure, I ended up performing nasal osteotomies. This is commonly referred to as breaking the nose because this technique actually involves cutting the bones that comprise the upper one-third of the nasal bridge. The adjacent photo diagram shows this concept more visually. There are two different types of osteotomies that were performed in this particular case. The first one is referred to as a ‘medial’ osteotomy and is indicated by the shorter, hashed red lines near the middle of the upper bridge. The second is referred to a a ‘lateral’ osteotomy and is indicated by the longer, hashed red lines running along the sides of the bridge. Medial and lateral osteotomies were performed on both sides, which is why there is a pair of similar hashed red lines. The nasal bone is shown as the purple shaded area below the hashed lines. By cutting the nasal bones in this manner, the bones are no longer fused together as a single pyramid structure. Instead, the upper one-third of the bridge is now effectively divided into two main segments of bone that are mobile – which means they can be reshaped by moving them around. In this case, the upper bridge was narrowed by bringing the nasal bones closer together (as shown by the arrows).

The end result of these osteotomies is shown here in the adjacent before and after photos. As you can now see, the upper one-third of her nasal bridge is now much more narrow than it used to be. By bringing the nasal bones closer together, more favorable shadowing is created along the sides of the bridge. This translates into a more shapely, feminine looking bridge. 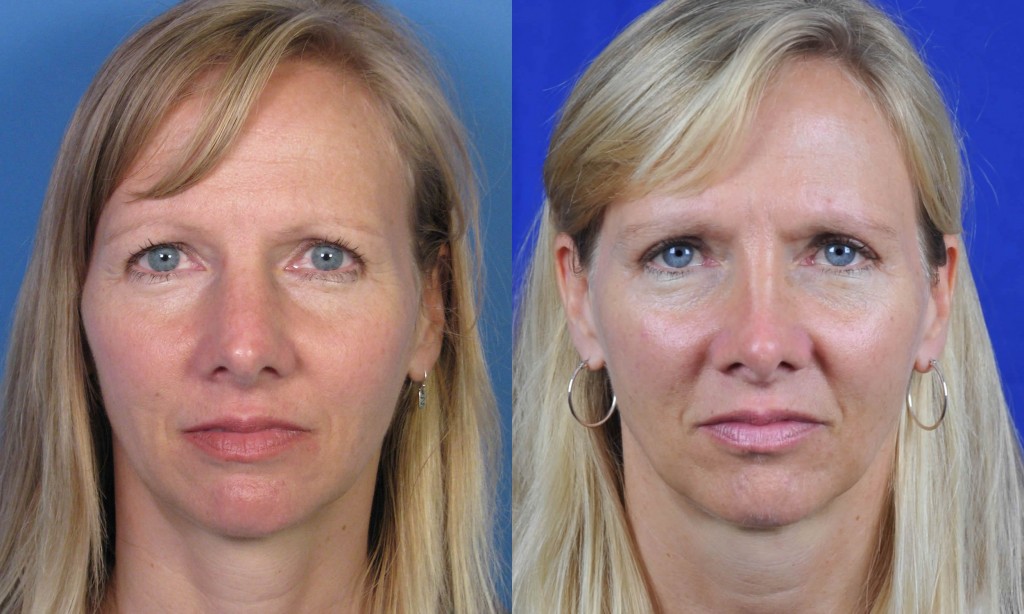