One of the more common concerns patients have regarding rhinoplasty surgery is whether or not their overall look is going to change following the procedure. This is because many patients seek out rhinoplasty or nose reconstruction to address specific features of their nose they do not like – but they would like to preserve their overall look if possible. To illustrate this point, I have provided this rhinoplasty tutorial chapter that utilizes a real patient example. 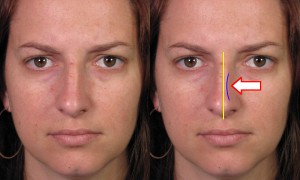 This particular patient from San Diego desired to have her nose reconstructed to include correction of her crooked bridge as well as the bump along the dorsum. As you can see from her frontal photo from before surgery, her nose was crooked to her right side (see arrow). Just look at the yellow vertical line drawn down the middle of her face. You can appreciate better how much of her nose is displaced off of the midline to her right side. In fact, the crooked nasal deformity causes her left side to appear almost concave as indicated by the blue curvature. This type of crooked nose deformity can actually contribute to patients having difficulty breathing through the nose since the nasal passageway is constricted from the displaced bridge. This was the case here where this patient had trouble breathing through the nose. 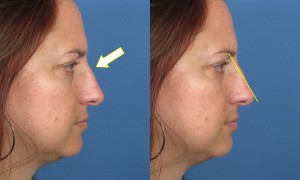 That being said, this patient desired to have these unwanted features reshaped as part of the nasal reconstructive process. However, she did not wish to change her overall look as a result of the nose surgery. She specifically wanted to preserve her natural overall facial appearance without looking too different. Therefore, we agreed on a surgical procedure that would effectively correct her main issues while preserving her overall look.

Ultimately, she ended up undergoing a closed rhinoplasty approach where we avoided using any external incisions (cuts in the skin). During the reconstructive surgery, the nasal bridge was reshaped. In the process of trying to straighten her nasal bridge, the upper dorsum was reduced in height by sanding it down to a more appropriate level. This helped in preparations for straightening the crooked nose deformity. This was accomplished by strategically moving the nasal bones over from her right side to a more midline position. This specific rhinoplasty maneuver is referred to as ‘osteotomies’ and implies the nasal bones are carefully cut and repositioned. That is precisely what was done in this case to help straighten out the crooked nose deformity. The good news for this particular patient was that her health insurance provided complete coverage for the reconstructive surgery since there were functional implications involved in her care. Meaning, since she had difficulty in using her nose, this was considered a medical condition. Therefore, her health insurance provided coverage for the surgery.

Before and After Reconstructive Rhinoplasty

As you can see in the following before and after closed rhinoplasty photos, the main concerns have been appropriately addressed as part of the reconstructive effort. More specifically, her nasal hump deformity has been taken down, but not so much so that she has a scooped or ski-sloped bridge appearance. In addition, her nasal bridge has been brought to a more midline position to repair the crooked nose deformity. Not to be discounted is the fact that she also still looks very much like her old self – just without the bothersome features of her nose. Could I have made more changes to her nose? Absolutely. But that is not what was desired in this specific case. To a certain degree, this is the essence of doing great rhinoplasty work – reshaping the nose to correct undesirable features while making it appear as if she was simply born with the new nose. 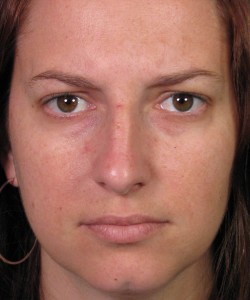 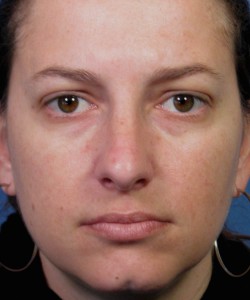 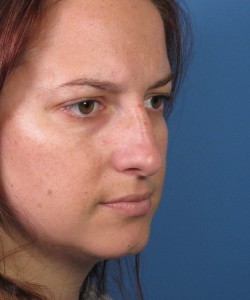 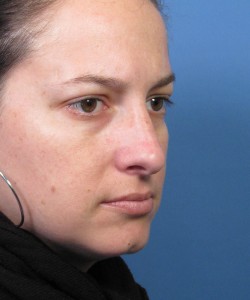 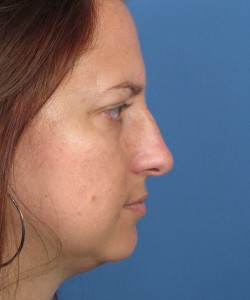 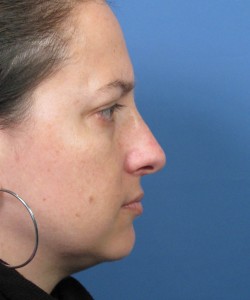