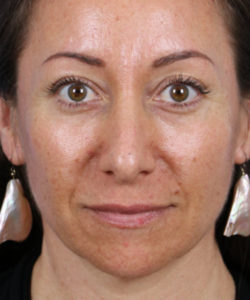 This is a great case example of how rhinoplasty can help in reshaping a hanging columella. A hanging columella refers to an overly prominent columella – the column of tissue that sits between the two nostril openings. This ethnic, female patient from San Diego desired to have her heavy columella reshaped at the same time as her bridge was made straighter and her tip was defined.

If you look at her preoperative photo, you can see on her front view how the columella region is quite prominent. We often refer to this as a hanging columella since it appears to hang down from the tip of the nose. Others will reference this type of cosmetic nose deformity as simply a heavy columella. Either way, it refers to an overly prominent and visible segment that draws unwanted attention.

Upon opening her nose during the rhinoplasty surgery, one could easily appreciate why this area was so prominent. Here are some intraoperative views of her nose when Dr. Hilinski performed the surgery. On the profile view, you can tell how the columella cartilage seemed to extend out and away from the rest of the nose – explaining why the columella looked so heavy. 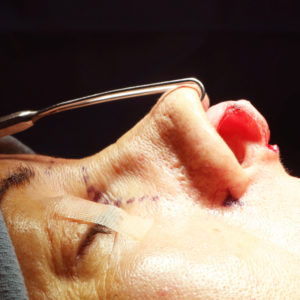 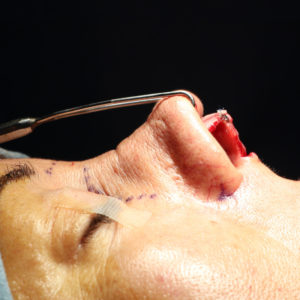 The rhinoplasty procedure was done with an open approach so that this entire region could be best visualized and could be reshaped with excellent surgical exposure. Dr. Hilinski ended up using what is commonly called a tongue-in-groove rhinoplasty technique to reposition and reshape the two segments of cartilage that largely comprise the columella. In doing so, the heavy columella was able to be adequately addressed as is seen in the second intraoperative photo near the end of the actual surgery.

You can also see how the nasal tip cartilage was made to look more angulated, or defined. Where her nose started off quite round and bulbous, the cartilage was ultimately reshaped to give a more defined and refined look.

The overall appearance of her nose has been improved following Dr. Hilinski’s rhinoplasty surgery. But look more closely at her columella and you can see how it no longer appears heavy or hanging. It now sits in a more desirable position – which further contributes to her improved nasal tip shape. But more importantly, her nose still looks quite natural for her face and is in balance with her surrounding ethnic facial features. 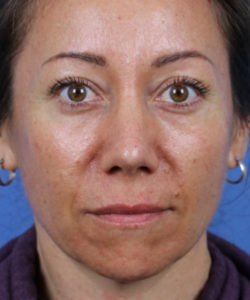 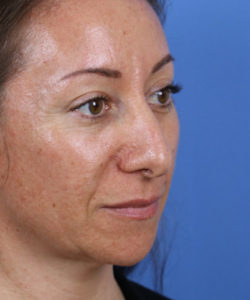 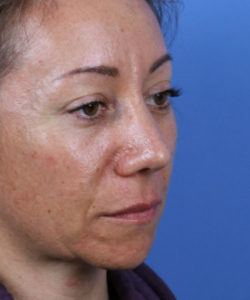 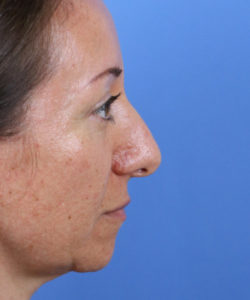 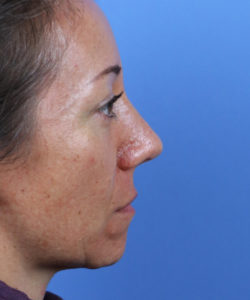