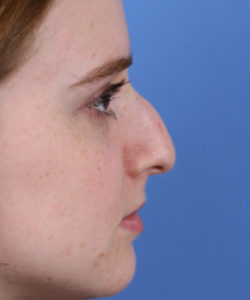 If there were ever a classic rhinoplasty case – it would be reduction of a dorsal hump/bump deformity. Many patients erroneously think that it is super simple to remove a bump off a nasal bridge. In reality, shaving a bump down is fairly easy in terms of the surgical technique. The real challenge is making that nose look good long-term without creating a number of other cosmetic issues once the bump has been removed.  This is why taking a bump off a nose is one of the most challenging types of rhinoplasty.

Taking a Bump Off the Nose

Why is it that taking a bump off the nose is so challenging you ask? This is because once you take a bump off the nose, a domino effect takes over where a sequence of other maneuvers are then required to ensure a successful cosmetic and functional outcome. The sequence of events that occurs when a bump is taken down includes the following:

What all this means is that taking a bump off a nose is not just a simple one-step maneuver. It frequently calls for a number of other maneuvers that are needed to be done to the nose in order for it to look cosmetically pleasing and balanced. And this brings in a whole new set of variables that need to be minded when it comes to achieving a nice surgical outcome.

Dr. Hilinski preaches about this issue all the time to patients consulting with him in San Diego for cosmetic rhinoplasty. A testimony as to why hump removal rhinoplasty is so challenging is the fact that so many plastic surgeons will show you before and after photos of their bump reduction patients – but they only show you the side view of the nose! Why is this? Simple. Because getting the nose to look great from the side view is the easy part. Getting the nose to look great from the front view is truly the hardest part of rhinoplasty. Once you start to look at front view of the nose, you then have to deal with a right and left side. This issue of symmetry is something you just don’t have to deal with on a single side view of the nose. Plus you have to make sure the nose is in balance with the whole context of the face – also something you don’t have to worry about on the side view.

The reason so many plastic surgeons only show you their side views of a bump removal is because there is something not right about the front view. If their front view of that same nose looked pretty good after their rhinoplasty (or even looked the same), they would readily put it up on their website rhinoplasty gallery! More than likely, that same nose on the front view shows a number of irregularities and asymmetries they don’t want you to see.

If you don’t believe me – go ahead and call that particular plastic surgery office and ask to see the front view of that same rhinoplasty patient. My guess is they won’t provide it to you!

Here is a quick video of Dr. Hilinski actually removing a bump off the above patient’s nose. First, he uses a scalpel to cut the excess cartilage. A segment of this is then removed. Once the cartilage has been trimmed, the bone is then sanded down using a surgical rasp.

Photos of this particular primary hump removal rhinoplasty patient are shown here. Overall you can see that her nose bump/hump has been removed very nicely to produce a much straighter nasal bridge. But, just as important, her front view has been relatively preserved. Meaning, her nose still looks quite good from the front view. In fact, her tip looks more narrow and better defined. Plus it looks symmetrical. And these are long-term, sustained results following rhinoplasty. 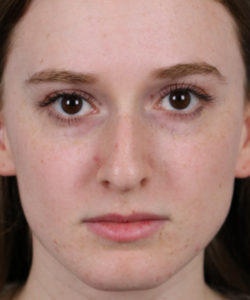 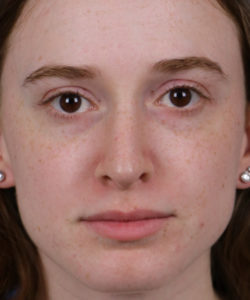 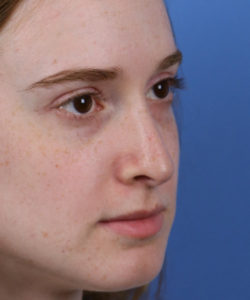 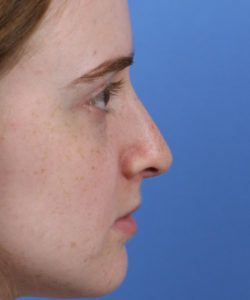 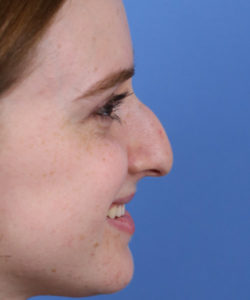 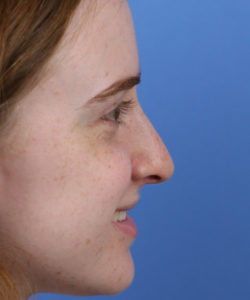