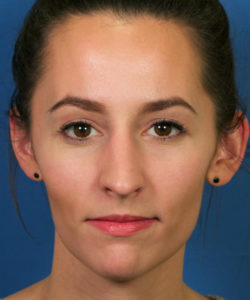 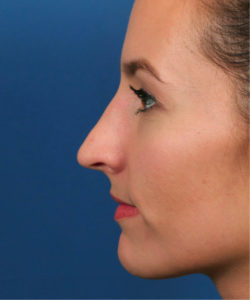 This is a somewhat rare type of rhinoplasty that involves making the nasal tip a bit wider. This young lady consulted with Dr. Hilinski after she was referred to him by another surgeon in the San Diego area. One thing that immediately jumped out at Dr. Hilinski was the fact her nasal tip appeared to skinny, or pointed, for her face. This appearance was also confirmed on her lateral view where you can see how the tip of the nose indeed looks pointed.

As part of the effort to reshape her nose, Dr. Hilinski recommended widening of the nasal tip to give her nose overall better balance and harmony. He also recommended giving her nasal tip a bit more roundness at the same time. 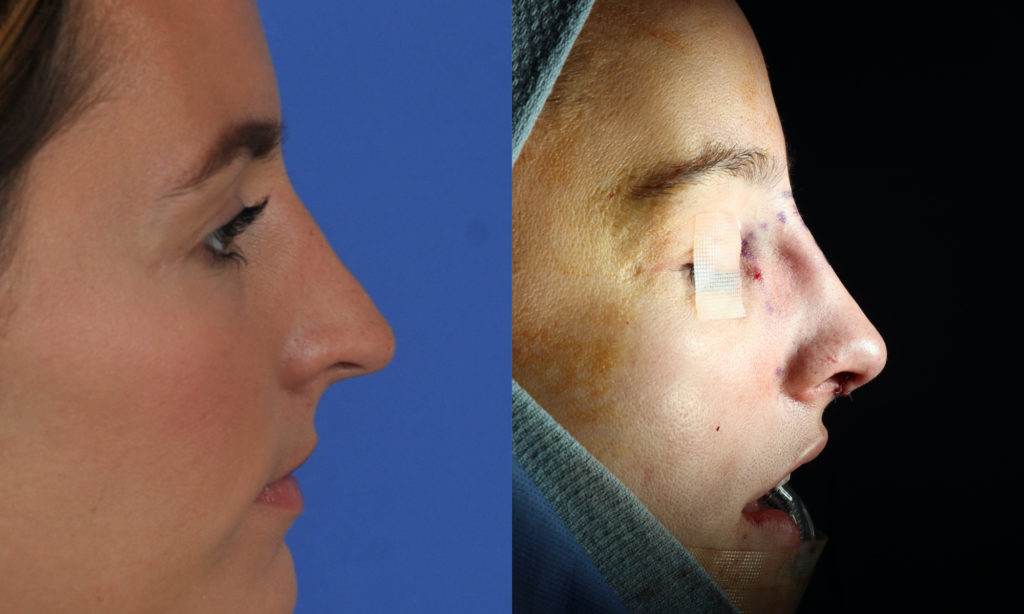 An open rhinoplasty procedure was performed to give optimal exposure to her tip region. Maneuvers performed during the nose job included bringing her tip slightly closer to the face – also called deprojection of the nasal tip.

The actual nasal tip was also rotated slightly in the process of reshaping the nose. Using a technique called lateral crural overlay, the tip was also made to be slightly wider in size and shape. In the adjacent photo you can see how her nose looked at the conclusion of the rhinoplasty surgery – and how the fresh, new nose compared with her profile view prior to rhinoplasty surgery.

Her before and after rhinoplasty photos are shown here. As you can see, her nasal tip no longer appears too narrow or pointed. She now has a more rounded, yet natural looking shape to the tip of her nose. Plus her tip has been rotated and deprojected slightly. 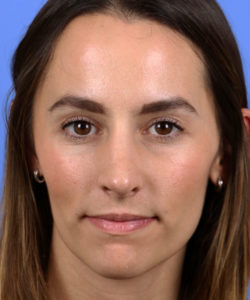 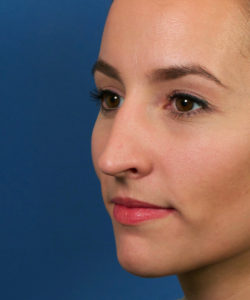 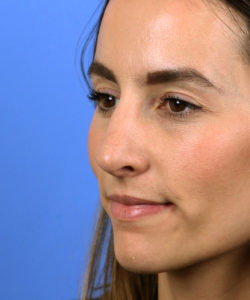 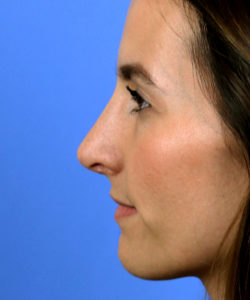