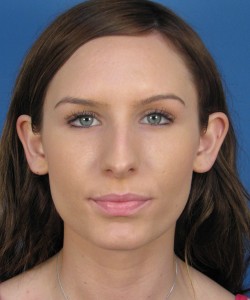 Dr. John Hilinski, board certified facial plastic surgeon in San Diego, CA, discusses another example of ear pinning (also known as otoplasty or ear reshaping). This female patient from San Diego presented to the office complaining of prominent ears. She was found to have overly developed ears that were asymmetric – meaning one stuck out further than the other. In this case, the patient’s left ear was more prominent than the right. We discussed in detail the possibility of undergoing ear pinning surgery to make her ears smaller in size. The otoplasty surgery was done under local anesthesia in the office setting. The procedure involved making an incision behind the ear so that all scars would be hidden from direct view. The ear cartilage was reduced in size and brought closer to the head. This was able to be done while maintaining a natural look and shape overall. Her before and after ear pinning photos are shown below.

Before and After Ear Pinning

As you can see based on these before and after ear pinning photos, she has an obvious improvement in the shape and size of her ears. The ears are now more appropriately positioned closer to the surface of the head and are clearly less visible as seen on the frontal view. From below, you can also appreciate how the ears were previously more angulated out from the side of the head. Following ear pinning, or otoplasty, the ears are now more properly angulated. 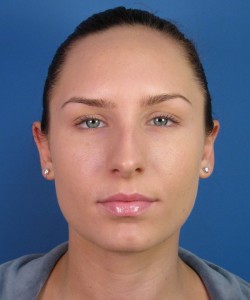 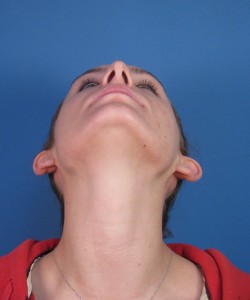 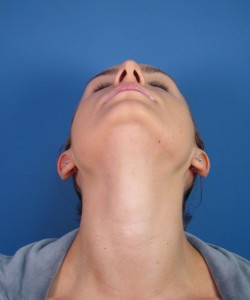 If you or someone you know has been bothered by the appearance of their overly prominent ears, contact our San Diego, CA office today to schedule your otoplasty (ear pinning) consultation. To see other photos of Dr. John Hilinski’s patients who have undergone ear pinning surgery, use this link here to be taken to the main otoplasty photo gallery.