This very pleasant young man was just seen in follow-up today following ear pinning surgery to correct overly prominent ears. As you can see from his before photos, his ears were developed such that they stuck out too far from the side of the head. In fact, his ears nearly stuck out at a 90 degree angle creating unwanted attention. His parents elected to have him undergo cosmetic otoplasty, or ear pinning, surgery to correct the shape and size of the ears. I ended up pinning the ears back closer to the head using incisions that were hidden completely behind the ear. This included reducing the size of the ear cartilage. For a young guy, he was a champ in tolerating the surgery and recovery process. As you can see from these before and after otoplasty photos, there has been a dramatic transformation in the appearance of his ears. As shown, his ears are now much closer to the head with a more appropriate position and shape. Despite all the work that was done, his ears still look quite natural – as if he could have been born with these ears. If you or someone you know could benefit from this type of ear plastic surgery, do not hesitate in contacting our office today.

Before & After Ear Pinning Front 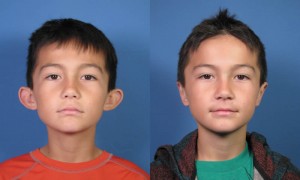 Before & After Ear Pinning – Base 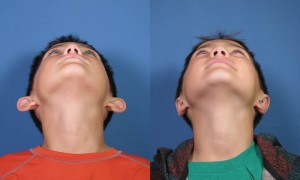 Before & After Ear Pinning – Side 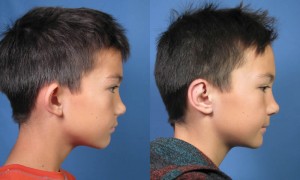