Many patients inquire about their short-term appearance following a facelift/necklift procedure. This case example demonstrates what most patients look like at 10 days out from a lower facelift and upper neck lift procedure. This middle-aged female from San Diego, CA desired rejuvenation of her lower face and upper neck due to unwanted sagging skin that was making her look prematurely aged. She consulted with us and was recommended to have a lower facelift combined with an upper neck lift procedure. As with many facial rejuvenation patients, one of her main concerns was looking natural following the surgery. She was also concerned about what she might look like in the early recovery period (first few weeks). We took a series of early postoperative photos to visually show others what they can likely expect at this time point after a similar facelift necklift surgery.

Her face and neck photos prior to surgery show classic changes consistent with aging. This includes early jowling along the jawline as well as skin bands that are visible under the chin. As you can see, this patient did not have a significant amount of excess fat that needed liposuctioning. 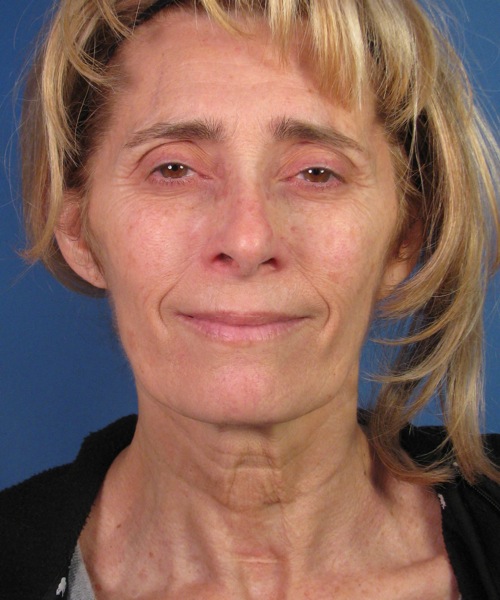 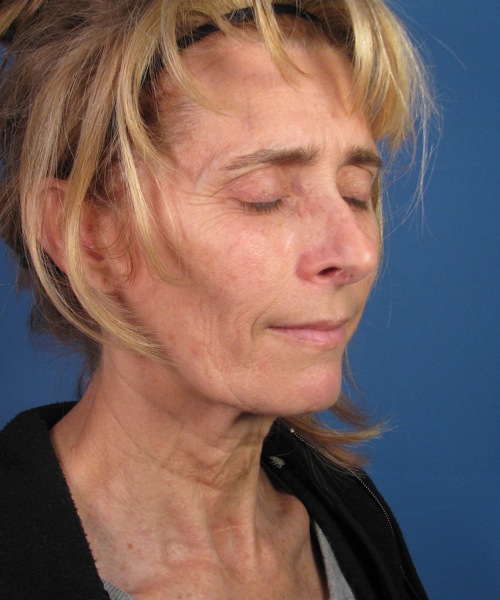 Based on her desires and needs, we performed a standard SMAS facelift procedure to enhance the lower face and upper neck at the same time. These photos represent her recovery around the 10 day mark following surgery. As you can see, there is a notable improvement in her lower face and upper neck contour. She clearly looks more rejuvenated and rested. Despite some swelling that is still present (as expected) around the incision lines, she appears publicly presentable. Even at this point in the early recovery process, her scars are beginning to fade away nicely. Much of this is attributed to the fact that we try and camouflage facelift incisions around the ear as much as possible. Even in patients like her who have more ethnic, darker skin color the facelift incisions can be hidden quite nicely. As you can also appreciate, facelift patients do not have to look like they have been ‘pulled’ after having a rejuvenation procedure like this. If you or someone you know are interested in having a facelift necklift procedure, feel free to contact our San Diego office today. 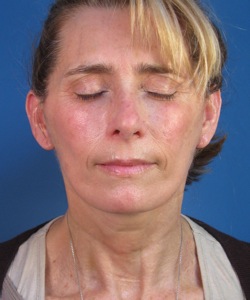 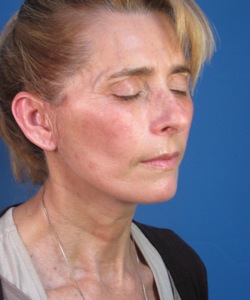