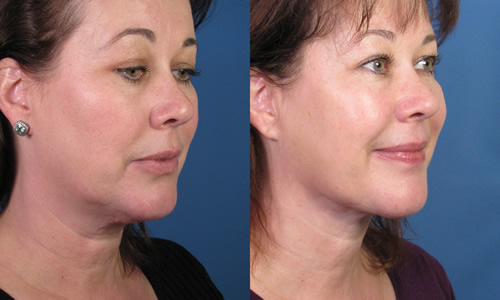 Want to know how to achieve a neck lift without having a facelift procedure? This is a great example of a patient who desired to have a more defined jaw and neckline, yet did not want to have a formal facelift with incisions made all around the ears. Given the fact she had relatively good skin elasticity, she was considered a candidate to undergo combined neck liposuction and tightening of her platysma muscle (called a platysmaplasty). The entire surgery was performed from under her chin with an incision placed in a natural skin crease. After the excess fat was removed, the platysma muscle was sutured in the middle to create a more defined neck line and profile. As you can see from her before and after photos here, she has an obvious improvement in her chin and neck line. You can also see that her jawline now looks more refined. Overall, she looks more rested and youthful I would say. And all of this done through a small incision under her chin! Not a bad alternative to formal facelift surgery.

Before and After Neck Liposuction & Platysmaplasty 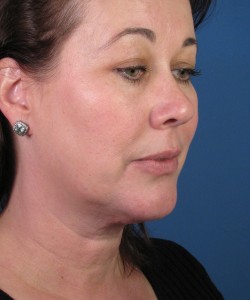 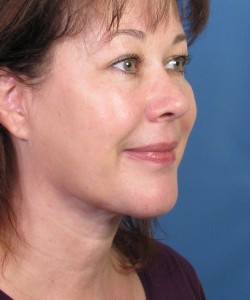 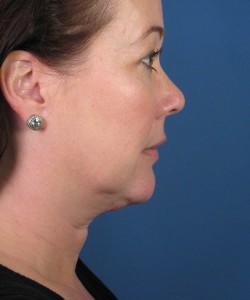 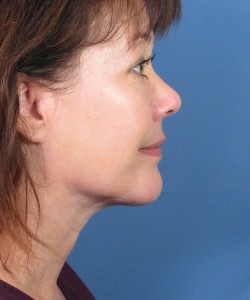