There was a recent report that discussed the noted rise in number of facial plastic surgery patients seeking chin augmentation with chin implant surgery. This is a great example of one of my patients who was seen back in the office following chin implant surgery. She simply desired to have more definition along her lower face and upper neck region. Her chin was notably recessed and poorly defined mostly as seen from the 45 degree angle view and the profile view. I performed a chin implant surgery (termed chin augmentation with a chin implant) to bring the chin forward with improved definition. In combination with this, I performed liposuction of the neck region to give an even more pronounced change in her appearance. As you can see from her before and after photos, there has been a marked improvement in the definition seen along the jawline. She almost looks as if she has lost considerable weight. In fact, though, the chin has been projected forward using an appropriately sized chin implant. The neck was then given a more angulated look by liposuctioning the excess fat away. Overall, you can see that she has much more chin definition and shape now while still looking quite natural. If you or someone you know is interested in chin and neck enhancement surgery, do not hesitate in contacting our office today!

Before and After Chin Implant 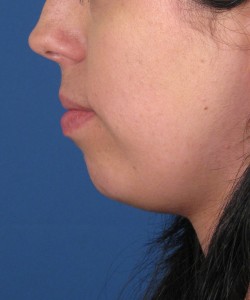 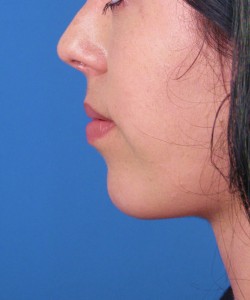 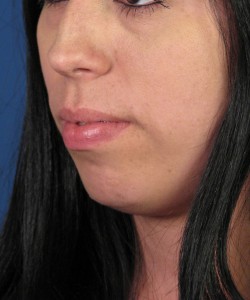 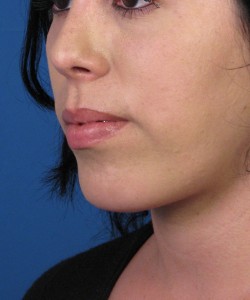