Asian rhinoplasty is a form of ethnic rhinoplasty that involves a much different approach compared to the standard rhinoplasty surgery. First off, Asian rhinoplasty patients typically present with complaints about their bridge being too low, which often translates into the frontal appearance being too wide. A frequent comment from Asian rhinoplasty candidates is that they actually have difficulty wearing eyeglasses and sunglasses because their bridge is too low to actually support the glasses. In addition, they commonly note that their tip is wider than desired. I have included some photos of one of my own San Diego Asian rhinoplasty patients as an example of what we commonly do and the results. As you can see in her preoperative photo below left, her bridge appears somewhat wide and washed out on this frontal view. In addition, her tip is slightly rounded and wide. The overall goal was to provide her with more definition along the bridge and tip. Her particular rhinoplasty procedure involved augmenting the nasal bridge, or building it up, as indicated by the photo diagram. This elevated the bridge height to give improved shadowing on frontal view, thus creating a more narrowed look. In addition, we did grafting of her tip region as shown in the photo diagram. This was done to push her tip out and give it more shape and definition. The end result of this Asian rhinoplasty can be seen below right. Notice how her frontal view looks more narrow and defined now while the tip appears better defined. Also note, however, that her nose still looks ethnically consistent with her face without real obvious signs that she had had a rhinoplasty performed. 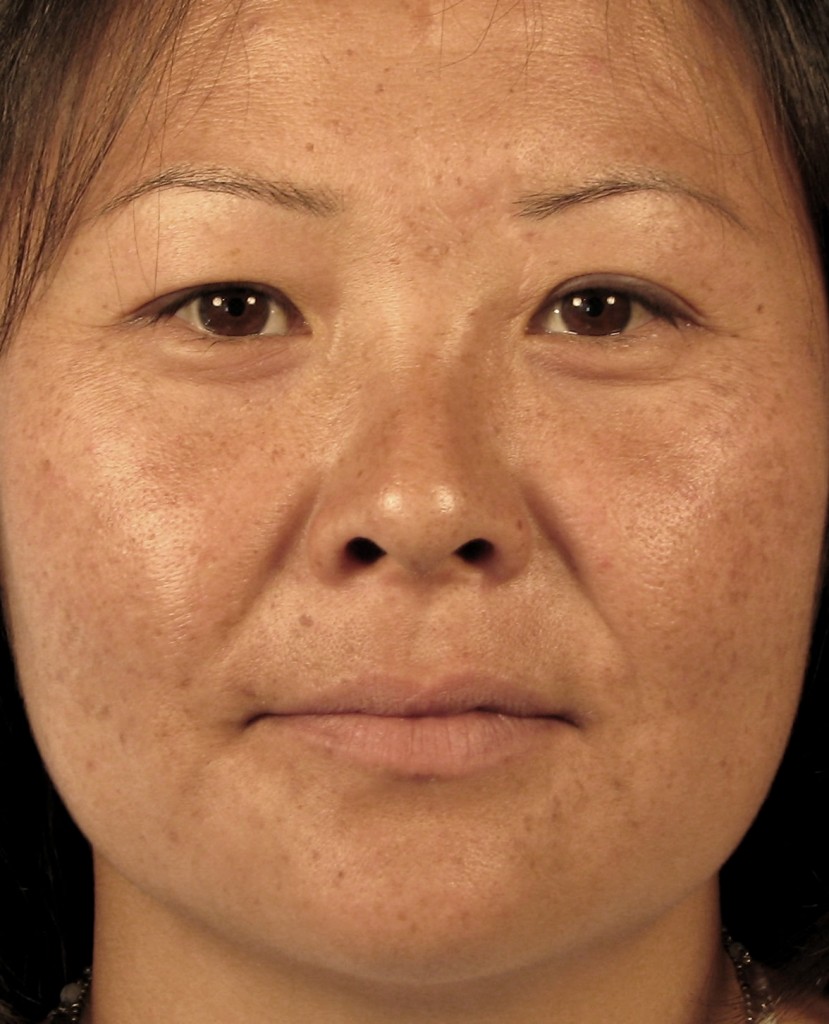 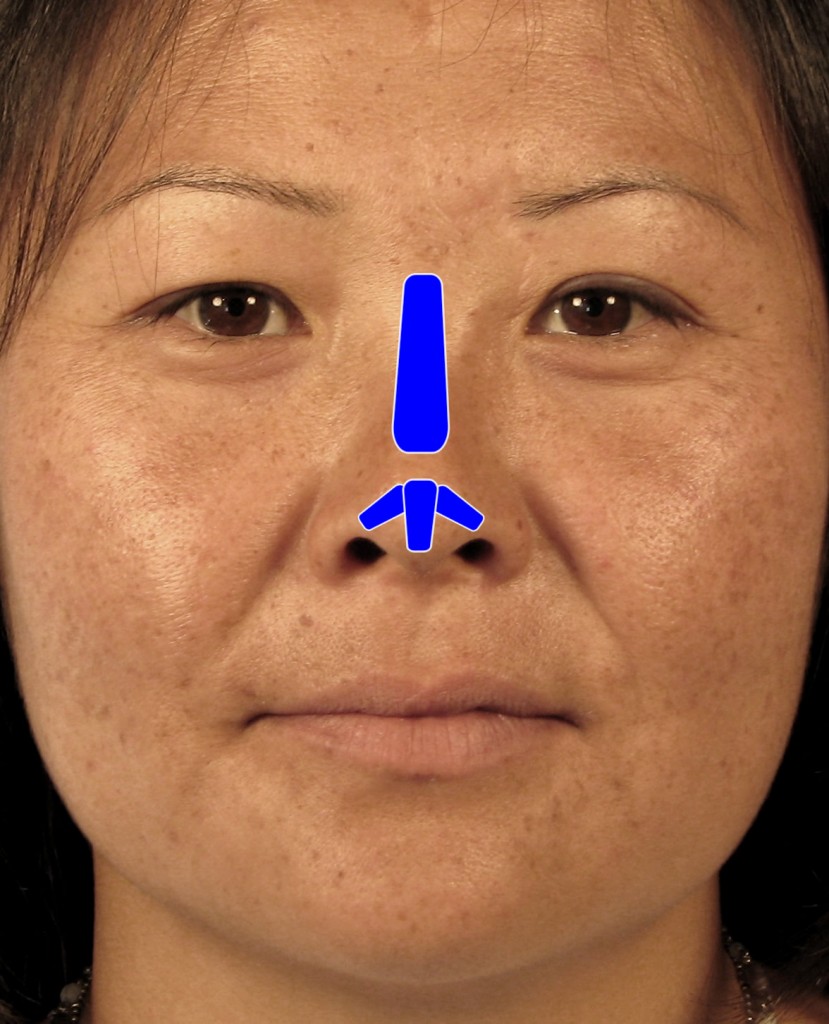 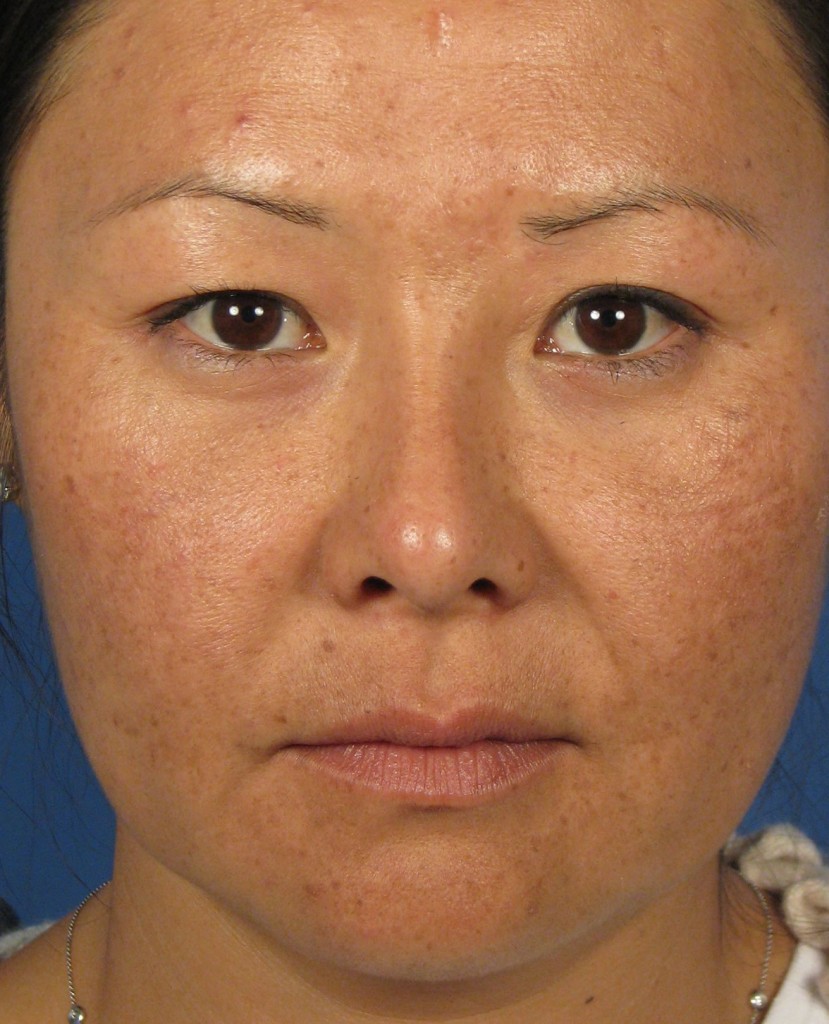