I wanted to post a quick blog entry regarding the potentially dramatic impact of having an upper eyelid blepharoplasty procedure, or upper eyelid lift. This female patient from San Diego presented to our clinic requesting evaluation for her upper eyelids. She actually noted that she was having difficulty with her peripheral vision. In addition, she noted that her upper eyelids were becoming increasingly heavy. On examination she was found to have evidence of moderately severe upper eyelid dermatochalasia. This is a term that implies there is excess skin that is contributing to an unwanted draping effect. If you look closely at this particular blepharoplasty patient, you can appreciate how her upper eyelid skin hangs over so much that it is nearly on her lash line. In fact, you can no longer see her upper eyelid crease due to the eyelid dermatochalasia. In her case, we sent her off for additional diagnostic testing to objectively measure her visual field acuity. The testing revealed an actual blockage in her vision as a result of the excess upper eyelid skin. Fortunately for her, health insurance provided coverage for an upper eyelid lift (blepharoplasty). 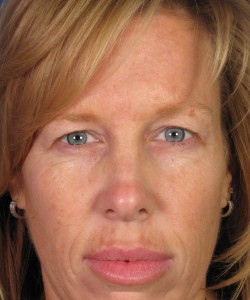 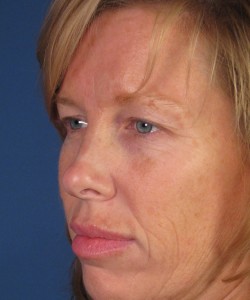 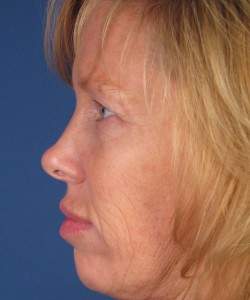 I ended up taking her to surgery and performed an upper eyelid lift or blepharoplasty procedure. We made our standard incision starting in the crows foot area just to the side of the eye. This was then extended across the upper eyelid in her hidden natural skin crease. The excess skin was then removed with preservation of her underlying eyelid muscle and fat. In cases like this, it is my personal opinion that you should preserve the upper eyelid natural fat and muscle to maintain sufficient volume. In doing so, I also avoid creating an eye that looks sunken or hollowed out. We closed her upper eyelid incision with meticulously placed sutures that were removed in 5 days. She had approximately one week of surgical downtime following the blepharoplasty. She went on to heal quite well from her eyelid tuck.

Before and After Blepharoplasty (Eyelid Lift) Photos

Her before and after blepharoplasty (eyelid tuck) photos are provided herein. As you can see, she has a fairly dramatic improvement in terms of her upper eyelid shape. In fact, she looks like she could be a model with her new eyes! She now has a much more rested look after the eyelid lift. Her eyes clearly look more open. As you can imagine, she subjectively feels like her eyelids are no longer heavy and she has a marked improvement in terms of her peripheral vision. Most importantly, she looks very natural following her blepharoplasty – almost as if she never had any plastic surgery at all. 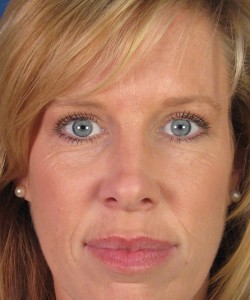 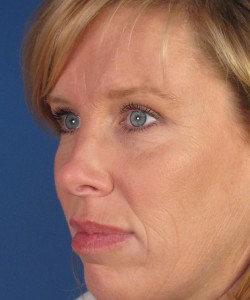 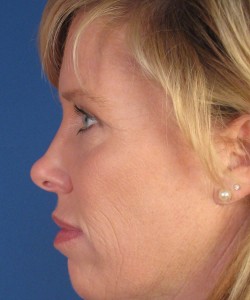