Rhinoplasty Refinement of the Ethnic Nose

So many ethnic rhinoplasty and revision rhinoplasty patients seek consultation stating that they want their nose refined but don’t want it to look real different. I think this is the essence of doing good rhinoplasty when you can provide the patient a refinement without looking like you did. This patient from San Diego was seeking a rhinoplasty specialist to reshape her nose. However, she did not wish to have an entirely new look. There were some features about her nose that she disliked and wanted to target only these issues. We consulted with her including a session of computer imaging of her nose. This gave me a good idea of what direction and degree she wanted to go in with regard to the nasal reshaping. It also provided her with a realistic perspective of what her nose might look like following rhinoplasty.

The photos below represent her pre rhinoplasty nose. She was most concerned about her rounded looking nasal tip as well as the bump on her bridge and the slightly flared nostrils. We discussed how reshaping each of these individually in a conservative fashion would translate into an overall improvement when looking at her nose collectively. 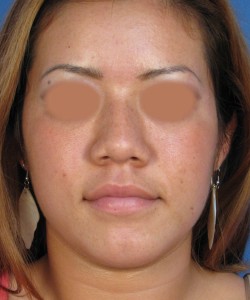 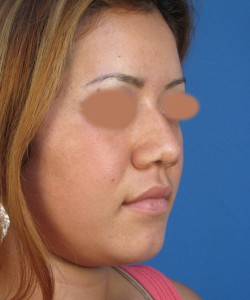 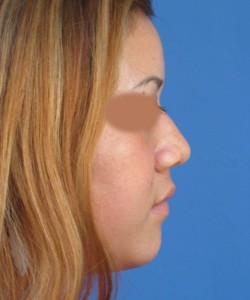 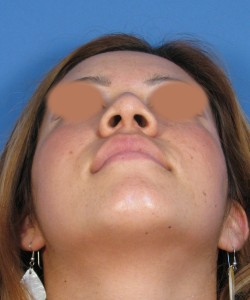 This young lady was brought to surgery and had an open rhinoplasty performed. We reduced her bridge height then narrowed her nasal bones. You can see that her bridge is now more narrow looking with better shadowing on frontal view. On side view, she does not look scooped out – instead, she has a nice feminine looking profile now. With regard to her tip region, we narrowed her tip but did not go so far as to create a nose that looked surgically altered. We provided her with tip refinement of the nose but maintained a nice convex shape. Her nasal base was also narrowed with wedge excisions to address the unwanted flaring. As you can see, her scars are well hidden and barely visible. Overall, this patient is quite happy with the direction her nose is going in following rhinoplasty. 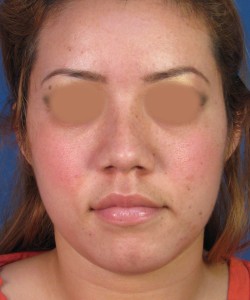 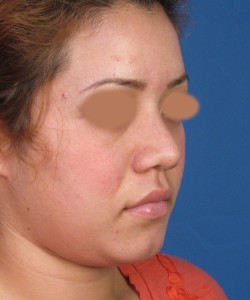 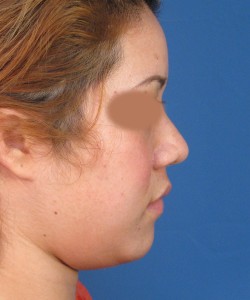 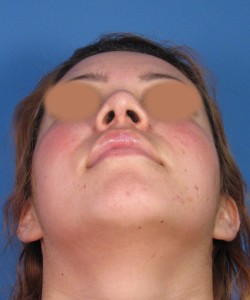