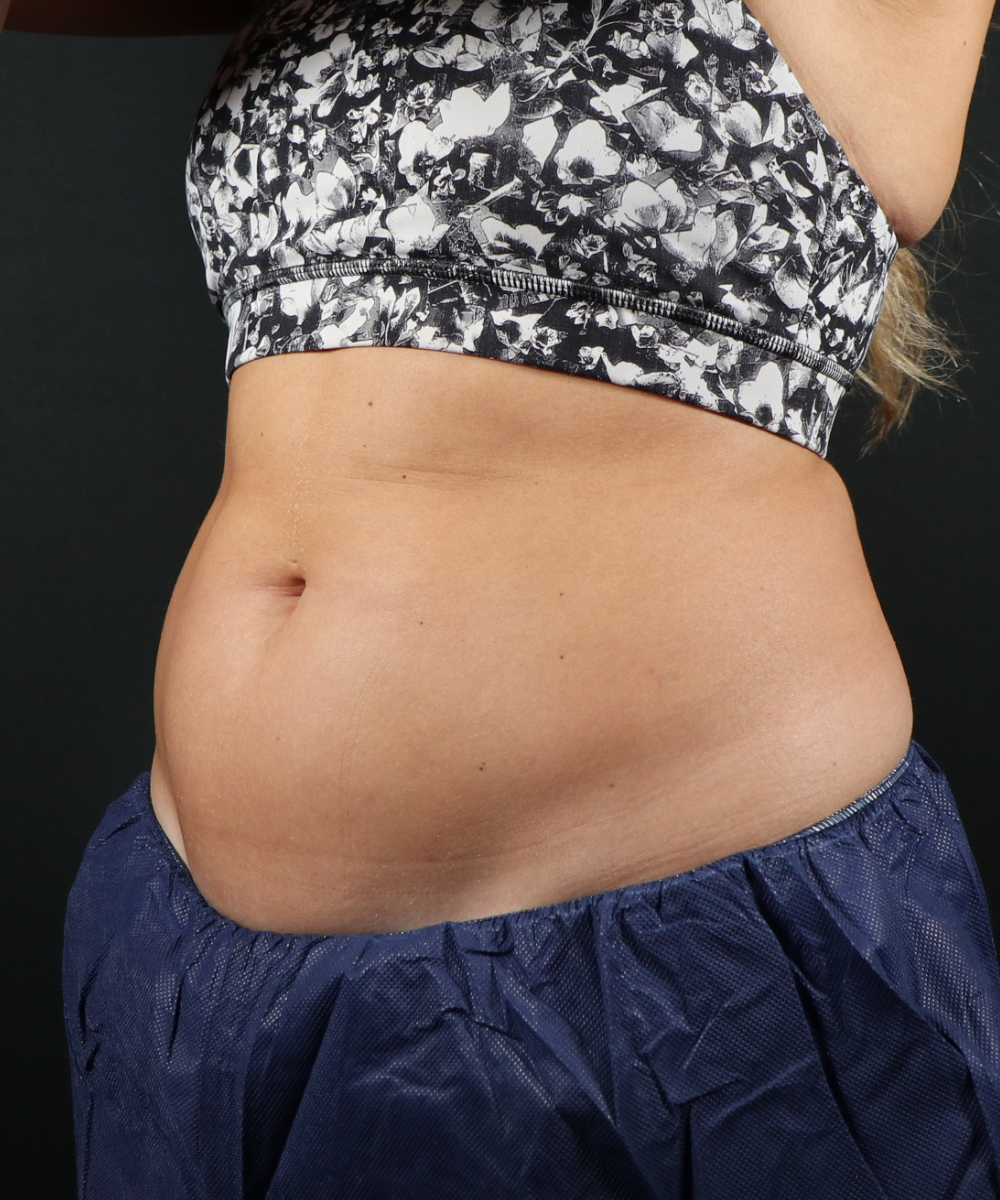 This is just an incredible example of how Coolsculpting can be used to flatten your tummy with absolutely no incisions, no surgery and no downtime!

This young lady from San Diego was in good shape – but wanted to be in even better shape. Specifically, her main issue was with the mid abdominal section, which happens to be a very common concern for many patients seeking a better figure. In so many patients, getting rid of pesky abdominal fat can be a significant challenge – even when someone is working out vigorously on a regular basis and maintaining a healthy, balanced diet. After weighing her treatment options – which ranged from invasive surgical liposuction to non-surgical fat freezing – this patient elected to go with the world’s #1 non-invasive fat treatment option, Coolsculpting.

She researched her choices for Coolsculpting offices in San Diego and decided to go with the medical spa staff led by board certified plastic surgeon, Dr. John Hilinski. As it turns out, she became the featured Coolsculpting model for one of Dr. Hilinski’s CoolEvent seminars. These CoolEvents are scheduled nearly every quarter and are intended to help Dr. Hilinski’s patients better understand why Coolsculpting is such a great choice for those seeking non-surgical fat reduction and body reshaping. The concept and theory behind fat freezing is reviewed as are case examples of actual patients who were made very happy from Coolsculpting treatment performed by Dr. Hilinski’s incredible medical spa staff. So if you are on the fence about whether or not to have Coolsculpting performed, join our mailing list to get an invite for the next CoolEvent!

This particular patient ended up undergoing fat freezing of the abdominal area to help target the excess superficial fat layer that sits underneath the skin. The phenomenal thing about Coolsculpting is that the skin doesn’t get damaged or injured during the treatment. The extremely cold temperature that is transmitted from the Coolsculpting adapter bypasses the skin and goes directly at the underlying fatty tissue layer. As this is done, the fat gets permanently destroyed. Once this destroyed fat gets absorbed away by the body in the ensuing weeks, the overlying skin layer starts to shrink wrap down to that new, slimmer shape. Although many patients begin to see this improved body shape within 1-2 months of Coolsculpting, most will see their new body reveal itself in 2-3 months.

The photos shown here represent very stable changes in this patient beyond several months of the Coolsculpting treatment. If you take a close look at mid section, you can readily see just how much slimmer her tummy now is after treatment! She now has a flat stomach thanks to the science of freezing fat – and to Dr. Hilinski’s medical spa staff! Overall, we would say these results are quite amazing for a cosmetic office-based treatment that requires no surgery and no downtime at all. 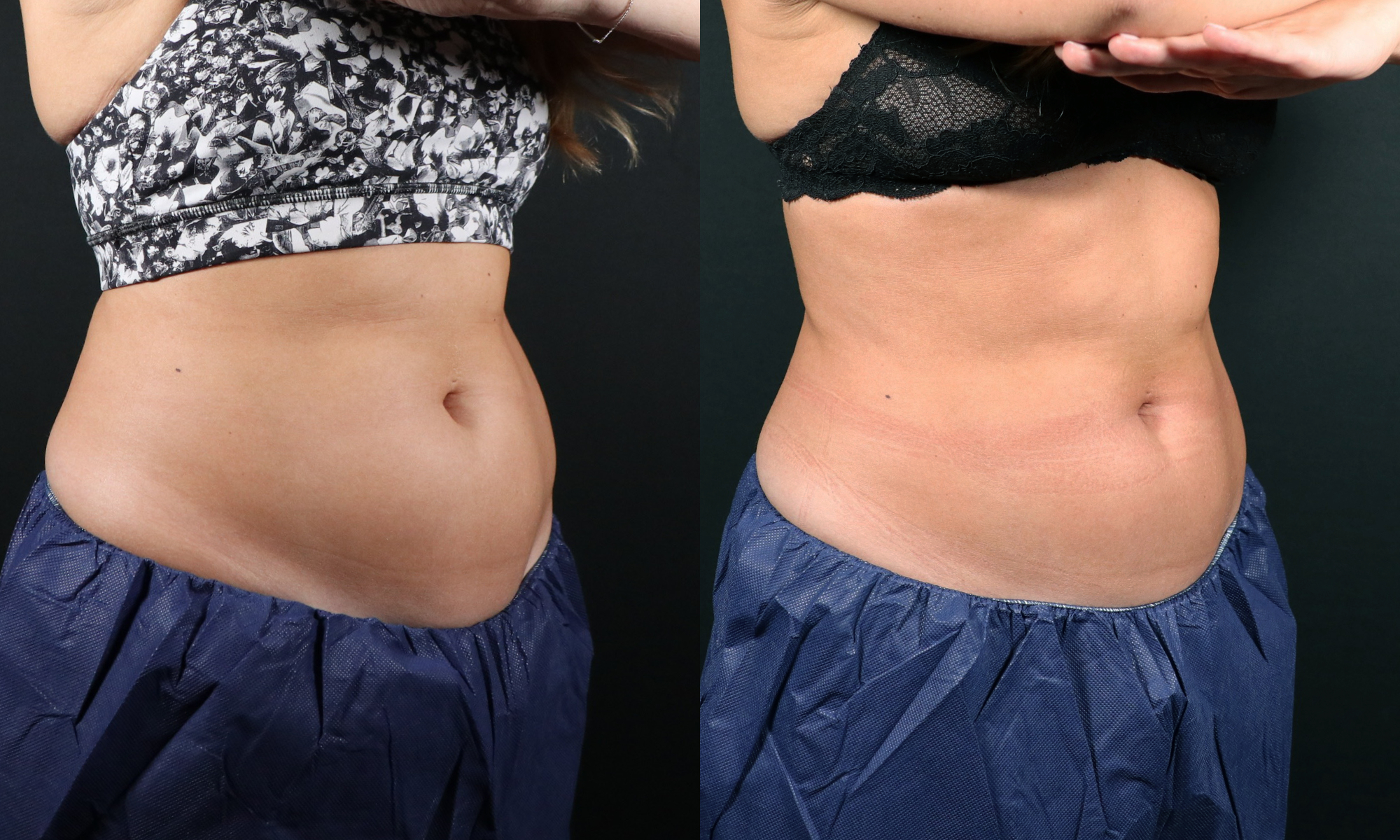 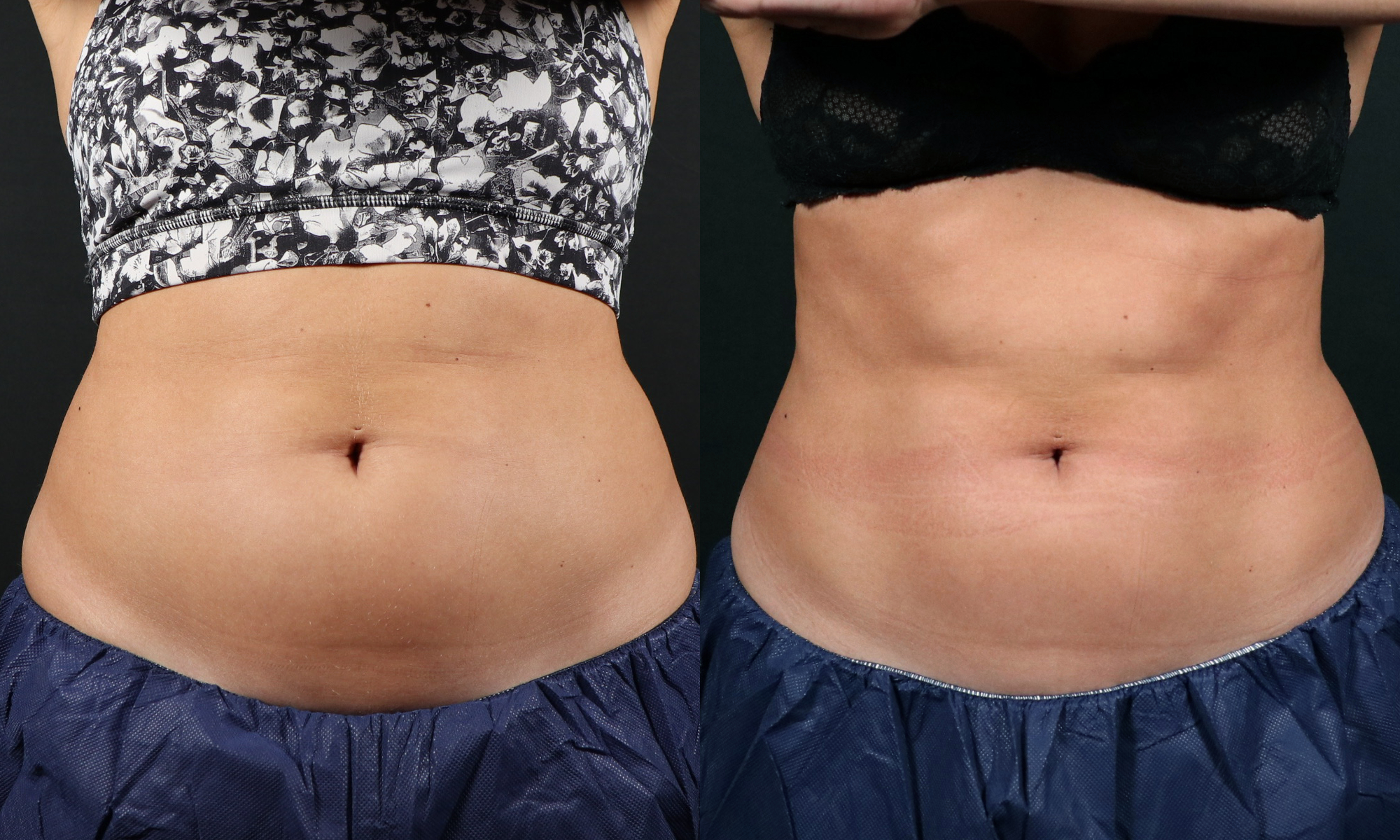 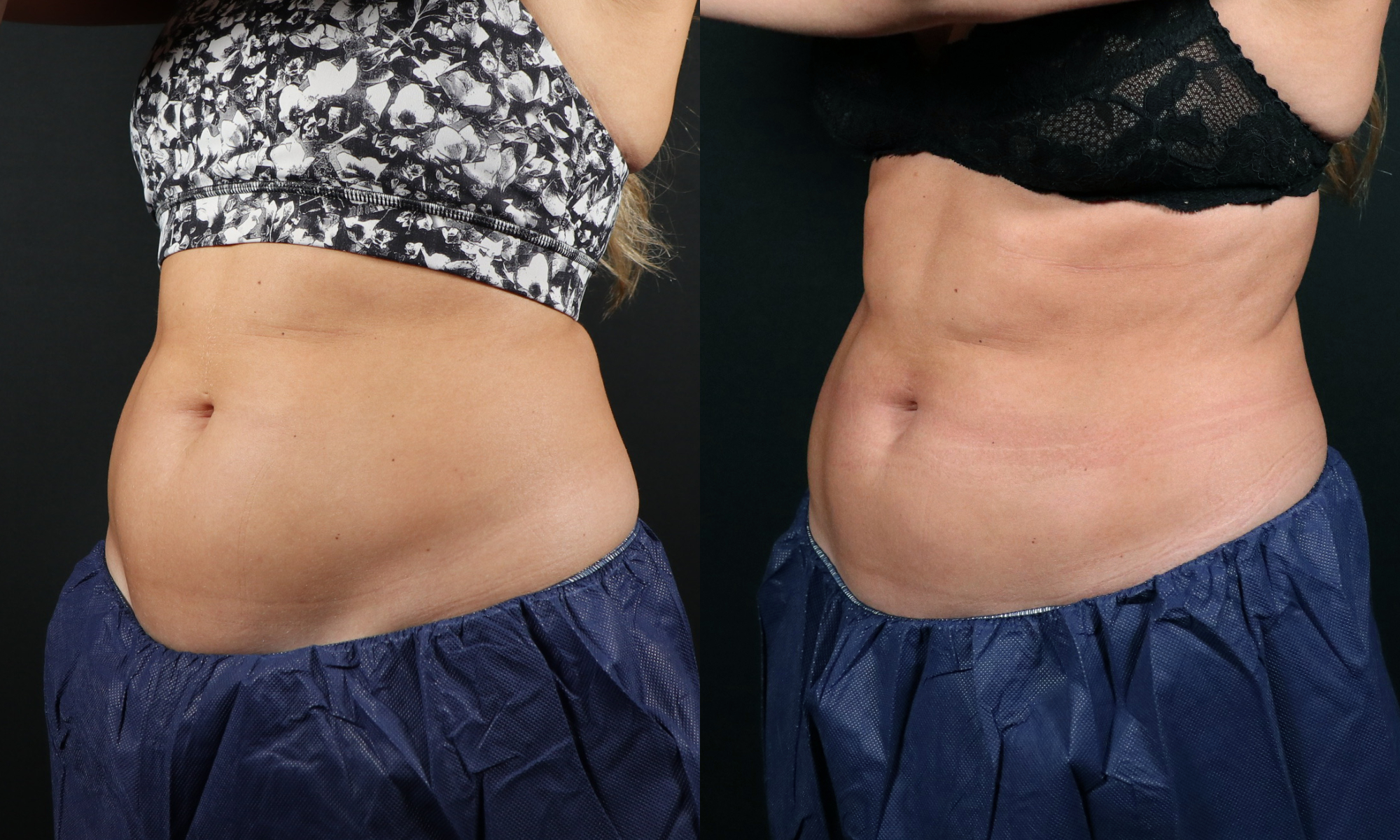