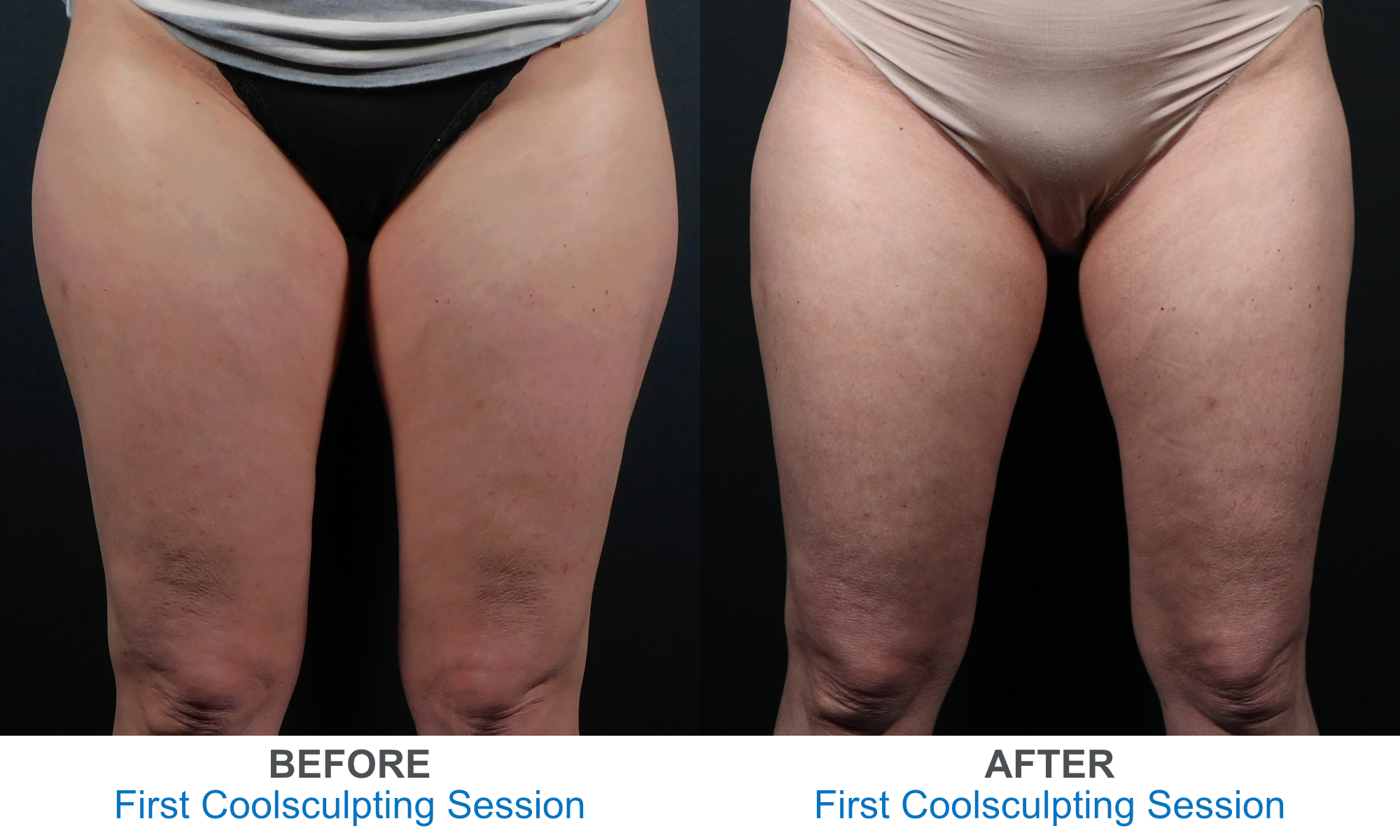 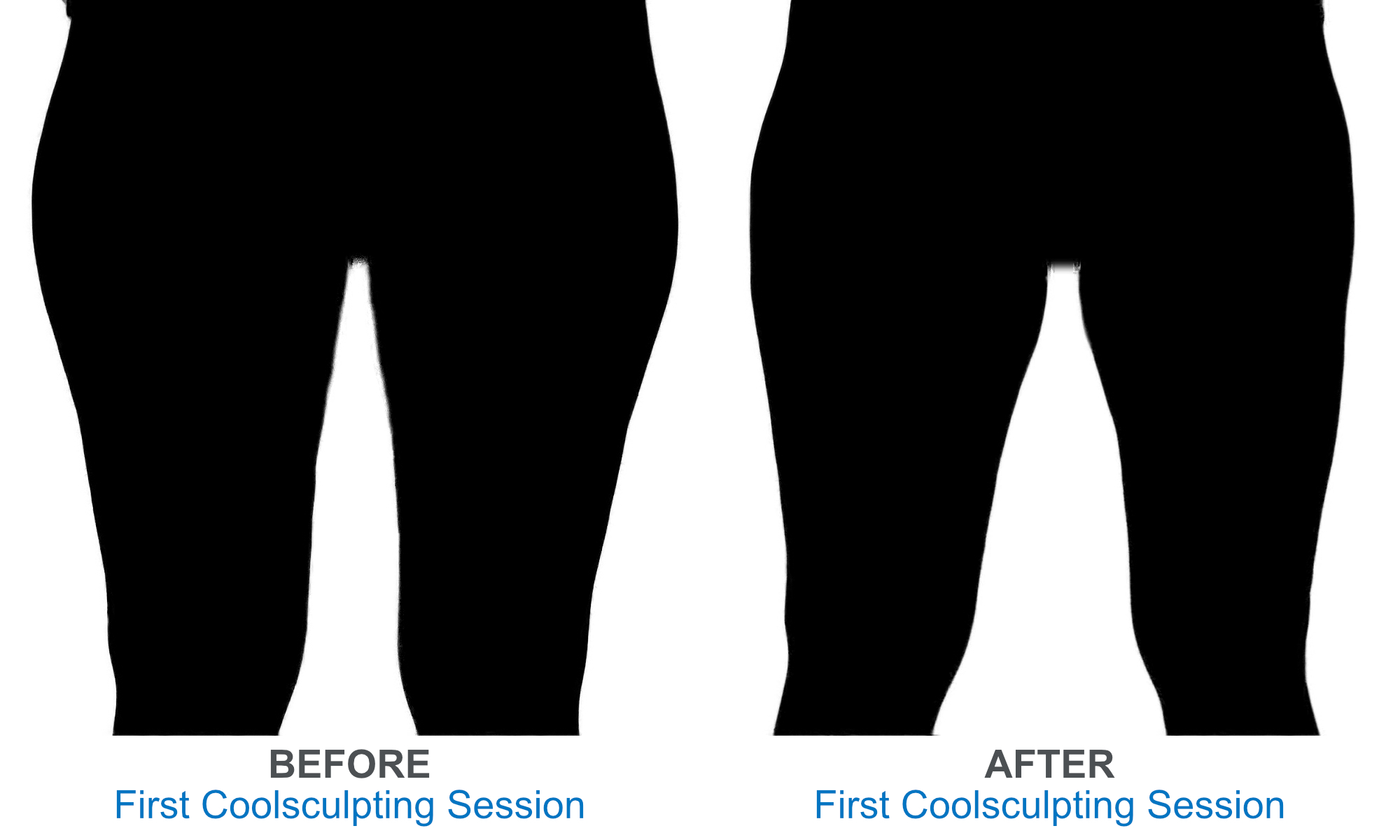 Her results shown here are approximately 6 months after just one session of Coolsculpting. As you can see, her lateral thigh has undergone a fairly significant reduction to the point where she now no longer has such wide hips. This area is also commonly referred to as the saddlebag since it resembles the appearance of an actual saddlebag. Although liposuction is commonly employed to contour this area of the thigh, Coolsculpting can reduce these saddlebags without having to do anything invasive.

In  addition, her inner thighs have been contoured very nicely to complement her outer thigh reshaping. And all of this was accomplished with just one treatment! And there were no needles, no surgery, and no downtime at all.

And the beauty is that once fat has been frozen away or destroyed by Coolsculpting, it will not be coming back ever again!

If you live in San Diego (Hillcrest, Coronado, Chula Vista, and Downtown included) and desire to have more shapely thighs, contact Dr. Hilinski’s advanced Coolsculpting medspa experts for a complimentary consultation to get that unwanted fat frozen away.