| Blog | Botox Getting Even More Popular

Botox Getting Even More Popular

Yesterday we posted on how popular rhinoplasty had become in 2017. But, according to a recent NewBeauty publication, the most requested procedure overall in cosmetic offices is still Botox and Dysport injection.

Botox Use Going Up 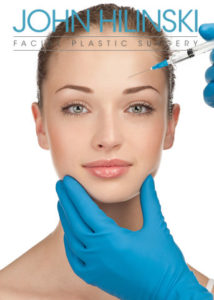 Since 2012, both Botox and Dysport treatments have gone up nearly 33%. That is a huge increase in popularity for these two wrinkle fighting treatments. Here in San Diego, Botox and Dysport remain at the top in terms of most commonly requested office-based cosmetic treatments. Dr. Hilinski and his team of cosmetic specialists continue to see more and more new patients – especially millenials – coming in for Botox and Dysport to reduce unwanted wrinkles and creases around the face. We suspect as 2018 unfolds, that our San Diego office will see an even higher uptick in Botox and Dysport appointments. In fact, so much so that we have even considered bringing on an additional provider to start doing Botox and Dysport injections alongside Dr. Hilinski.