| Blog | How To Narrow A Wide Middle Vault With Rhinoplasty

How To Narrow A Wide Middle Vault With Rhinoplasty

Management of a wide middle vault in rhinoplasty is one of the more difficult techniques when it comes to nasal reshaping. The reason is because you have to consider the positioning of the nasal bones in conjunction with their transition into the upper lateral cartilage as it helps form the brow-tip esthetic line. In order to familiarize yourself with these terms and their relevance in rhinoplasty, make sure to read our rhinoplasty tutorial entry on nasal analysis. This rhinoplasty patient from San Diego presented to our office with a chief complaint of a wide nose, particularly in the mid-dorsum of the bridge. You can see in her preoperative frontal photo that the middle portion of her nose, or middle vault, appears somewhat washed out. This was because her middle vault region was slightly lower than the upper bridge and lower tip. The end result was that she was slightly depressed thru this area. In addition, her nasal bones are slightly wide. Combined, these issues gave the appearance that her nose was too wide for her face. She elected to undergo a cosmetic septorhinoplasty procedure over one year ago. During the septorhinoplasty surgery we decided to break her nasal bones and narrow them appropriately. At the same time, we performed cartilage grafting through her middle vault region that helped raise up this portion of her bridge. We also narrowed her nasal tip slightly to maintain some degree of balance. You can see in her postoperative rhinoplasty photos below that she now has a more pleasing frontal appearance in terms of her nose. In addition, her nose now looks more feminine and harmonious with her remaining facial features. 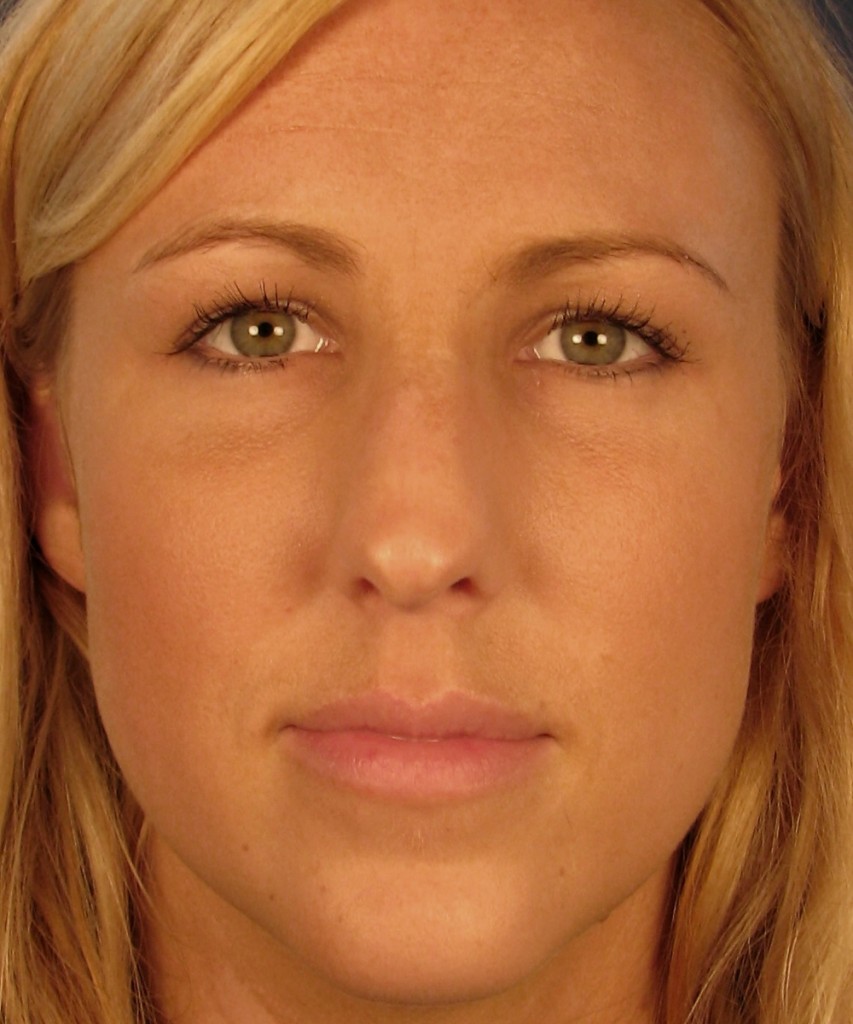 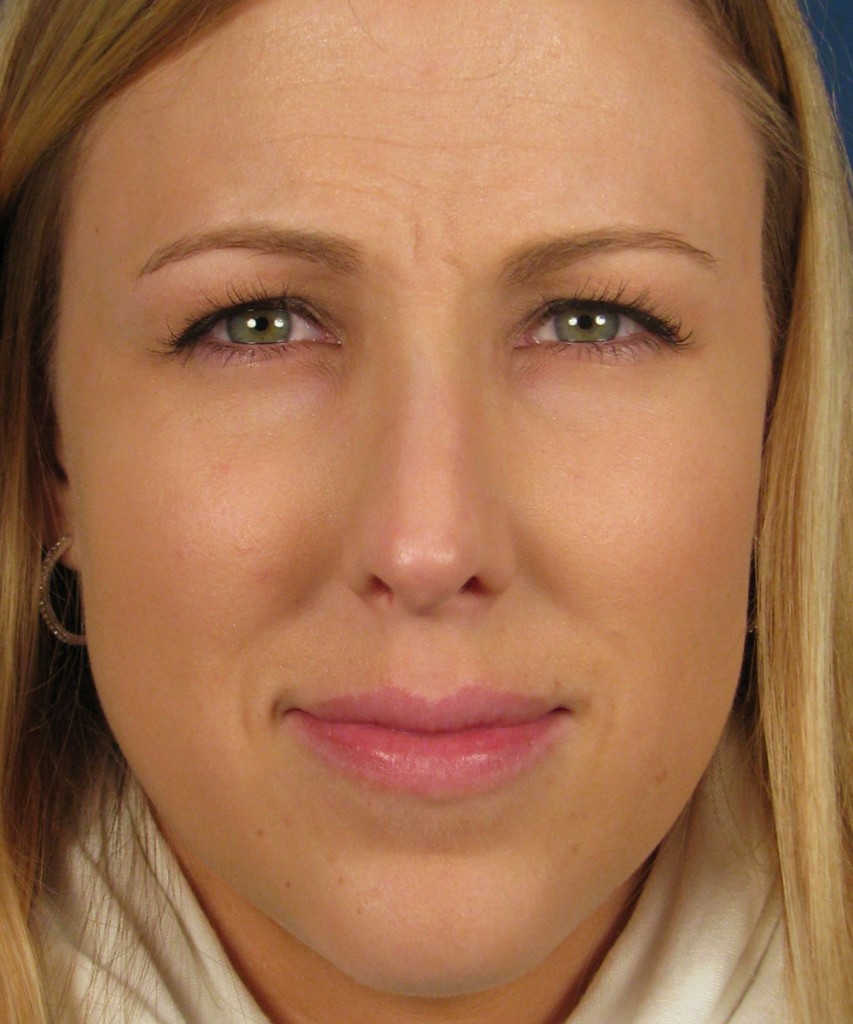