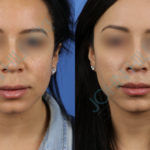 We wanted to update you San Diego upper lip lift fans by showing this patient who recently came in for her follow-up visit with Dr. Hilinski. She sought out an expert to help her shorten an elongated upper lip while also giving her better pink lip contour and shape.

Like so many other patients, she was unhappy with how her upper lip appeared too long. In addition, she desired to have a more defined cupid’s bow along with more ‘pink show’ – where the pink portion of the lip is more visible as seen from the frontal view. The latter is the same type of change that so many patients get from filler injections, such as with Juvederm and Restylane. Unfortunately, these type injectable fillers do not provide a permanent change to the lip. 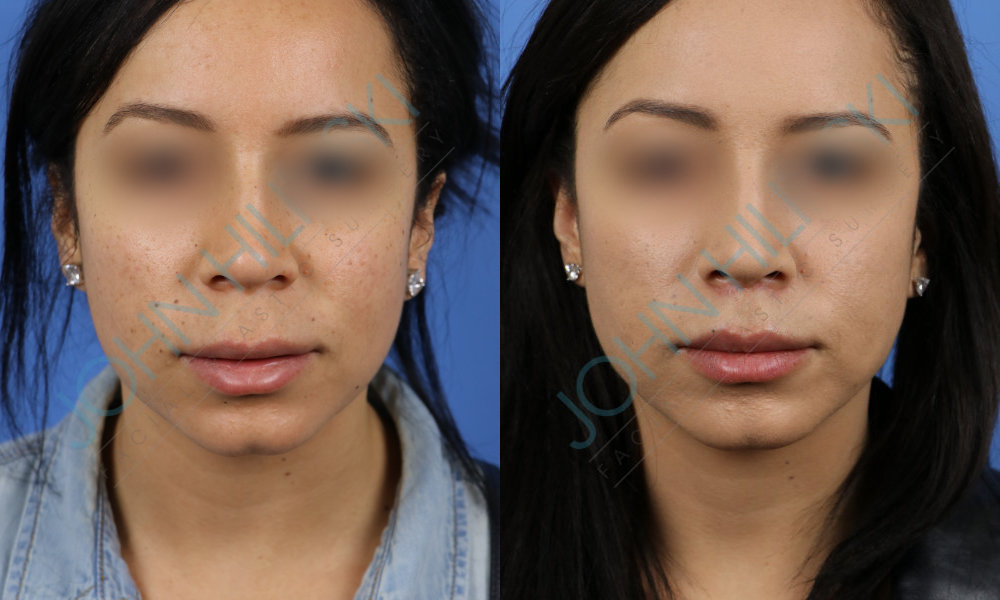 That is where upper lip lift surgery can be so beneficial as an alternative form of lip enhancement and augmentation. In the process of shortening the upper lip distance, the pink lip is rolled out and up – giving the appearance that the lip has been volumized and plumped out – but in a more permanent fashion. That is precisely what was done in this case. Her upper lip was shortened by removing skin. Concurrently, the pink upper lip was turned up and out – defining and refining her cupid’s bow.

The overall result is a more enhanced and rejuvenated upper lip that has a more feminine appearance. This is very similar to what is done so often with injectable lip fillers – but this result is permanent and long-lasting!