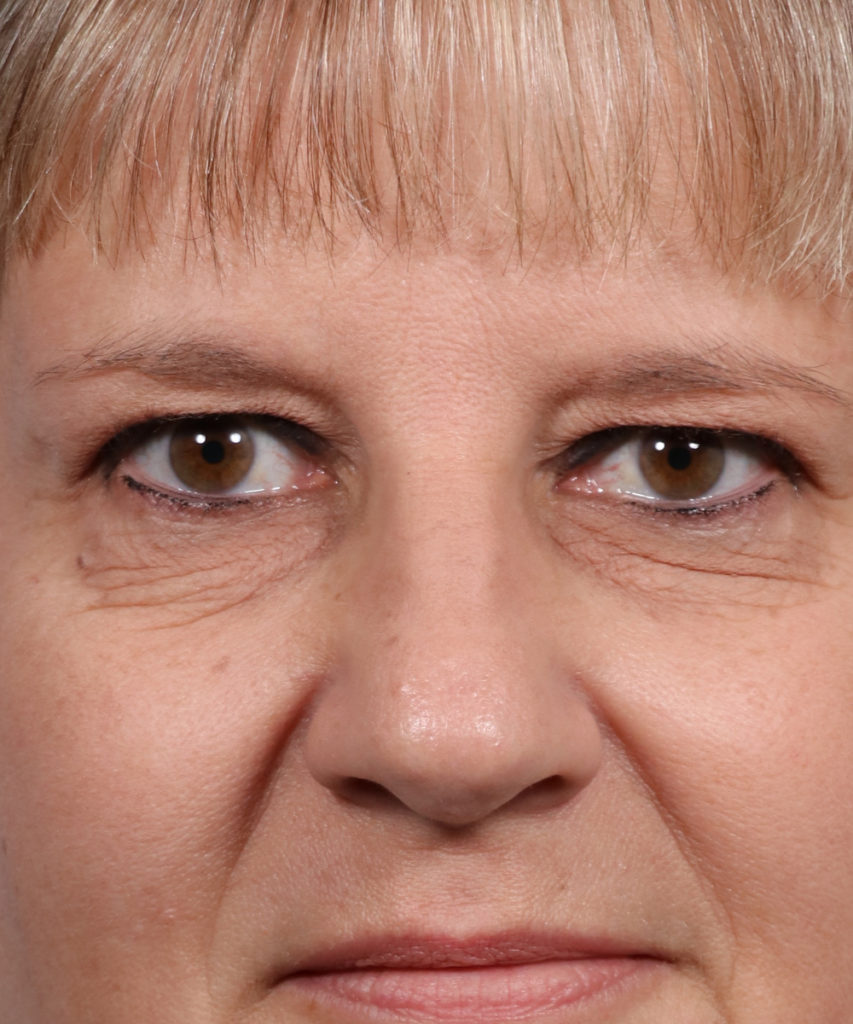 It is quite common to see cosmetic patients who need combined fat transfer with laser peeling of the lower eyelid skin. Most of these patients present with complaints that they look tired and aged. Nearly all of these patients state they don’l feel tired. They just look tired – and are sick of having to answer questions from others about whether or not they got enough sleep the night before.

So how do you address this issue with cosmetic surgery? The first thing is helping to restore lost volume along the lower eyelid. Although this is done all the time in our San Diego medical spa with absorbable fillers like Restylane and Juvederm Vollure, a longer-term solution is fat transfer. Fat transfer involves taking fat from somewhere else in the body, such as the abdomen or flanks, and repurposing the fat by injecting it into the face. In doing so we are essentially robbing Peter to pay Paul – we are just using fat as our method of currency.

Nowadays, we are so much better at performing fat transfer – even more so than we were just 5-10 years ago. This is mostly based on scientific studies that have helped guide our understanding of fat transfer to new levels. For example, we now recognize that fat can be transferred to the face from the body using various types/forms of fatty tissue. For instance, in the lower eyelid region we would transfer fat that has been processed a bit differently than fat that we would put in the lips. And both of these may be processed even differently than fat that we would transfer to the mid-cheek or jawline of the face. We typically refer to these various types of fat transfer as micro-fat, milli-fat, and nano-fat transfer techniques. If your plastic surgeon isn’t aware of these newer, more advanced techniques and doesn’t have the proper instruments to process fat, you may not end up with an optimal result from fat transfer surgery.

When fat transfer is performed in the proper manner – where the actual fatty tissue is processed differently for specific areas of the face – the success rates for restoring lost facial volume go up significantly. Now does all the fat that is transferred to the face stay there? No, absolutely not. There is some loss of fat in the transfer process – meaning some of the fat cells die off when moved from one location of the body to another. But a good majority of the fat that is transferred from the abdomen, for example, will get new blood supply in the new location (the face) and, thus, become a part of the facial soft tissue. In doing so, the transferred fat will provide the patient with a long-term volume enhancement to replenish that which was lost from the aging process.

Dr. Hilinski’s favorite laser to use for lower eyelid crepey skin changes is the CO2, or carbon dioxide. The CO2 laser is widely considered the workhorse for laser skin peels in the world of cosmetics. When used properly by trained professionals, such as facial cosmetic surgeons, the CO2 laser can result in marked improvement in the appearance of lower eyelid wrinkles. The way CO2 laser peels work is as follows for the lower eyelid. The laser first evaporates away the outermost dead skin. The laser is also used to penetrate deeper into the skin down to the level of the dermis. In doing so, the more superficial, aged, wrinkled skin is effectively removed. That is why the area being lasered looks so raw and inflamed after a laser peel. But as the new skin starts to grow in from below, the old, crepey skin is replaced with new, rejuvenated tissue – which is smoother and tighter in appearance.

By combining the CO2 laser with fat transfer to the lower eyelid region, the lost volume is replenished and the skin is rejuvenated at the same time. This can be a very powerful combination in patients who have aged and tired looking lower eyelids.

Here is a real-life example of how fat transfer and a laser peel can work in combination to restore a more youthful looking lower eyelid. Dr. Hilinski ended up taking fat from the abdomen region – right around the belly button. The fat was processed appropriately to generate a source of milli-fat that could be injected into the lower eyelid to fill out the hollows. Once this was done, Dr. Hilinski then used his CO2 laser to peel the lower eyelid skin. In doing so, he was able to smooth out many of the wrinkles that criss-crossed the eyelid skin. Was he able to get all of them? No, that is not realistic and should be understood by patients seeking out this type of cosmetic treatment. But, the laser can produce a substantial improvement in the crepey skin changes that so often affect patients’ lower eyelids. And this is precisely what can be seen here – a very nice cosmetic enhancement in this patient’s lower eyelid region – to the point where she now looks much more rested and youthful without looking as if she had plastic surgery. 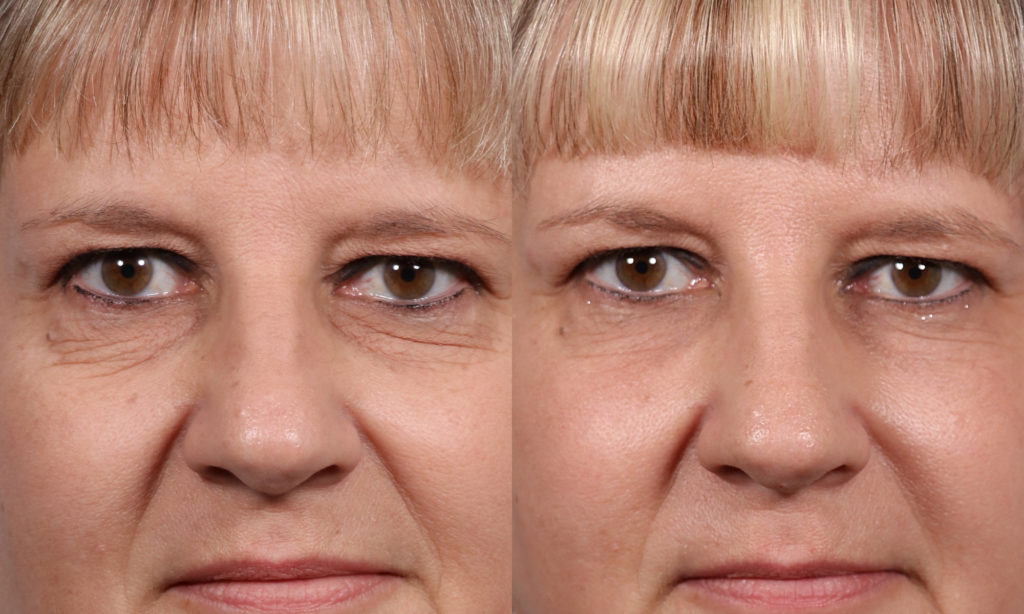