| Blog | What Is A Lip Lift Procedure?

What Is A Lip Lift Procedure?

A lip lift procedure is intended to shorten an excessively long upper lip. It is a procedure that is not done as commonly as other lip enhancement procedures. In fact, it is quite difficult to find a plastic surgeon who has any real experience in performing a lip lift procedure. There are basically two ways to shorten the vertical length of the upper lift. One involves making an incision under the nose where it junctions with the upper lip. This is called the subnasale approach. The second involves making an incision along the upper lip vermillion border where the pink and white lip meet. In either approach, a portion of the upper lip skin is resected, or removed, and the remaining skin is carefully sewn together. You might ask at this point, are patients really bothered by an excessively long upper lip? The answer is – absolutely. For instance, look at the case example provided below. This patient was bothered by the fact her upper lip appeared much too long for her face. The reality is her upper lip was indeed too long. I performed a subnasale upper lip lift procedure on her to remove a moderate amount of upper lip skin. This was done under local anesthesia in the office setting with only a few days of down time. The end result was a shorter upper lip that was more proportional for her face. A nice byproduct of a lip lift procedure is that many patients will see improved volume in the upper lip as it rolls up and out as a result of the vertical lift. 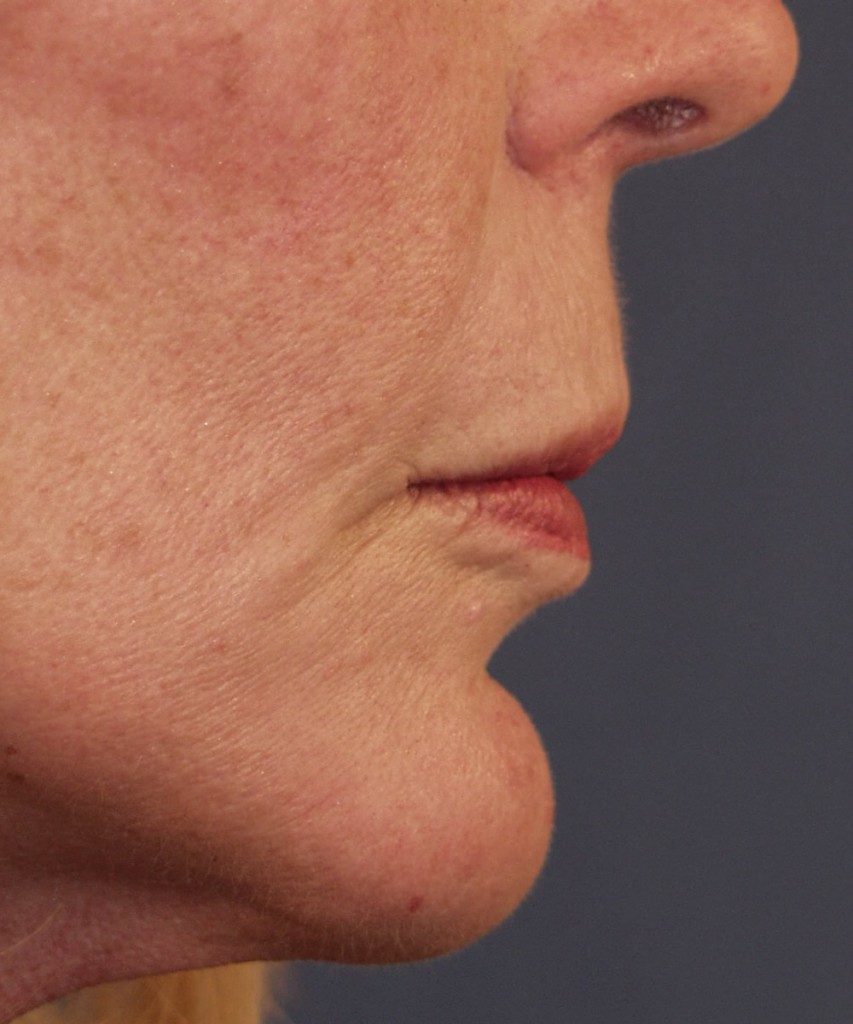 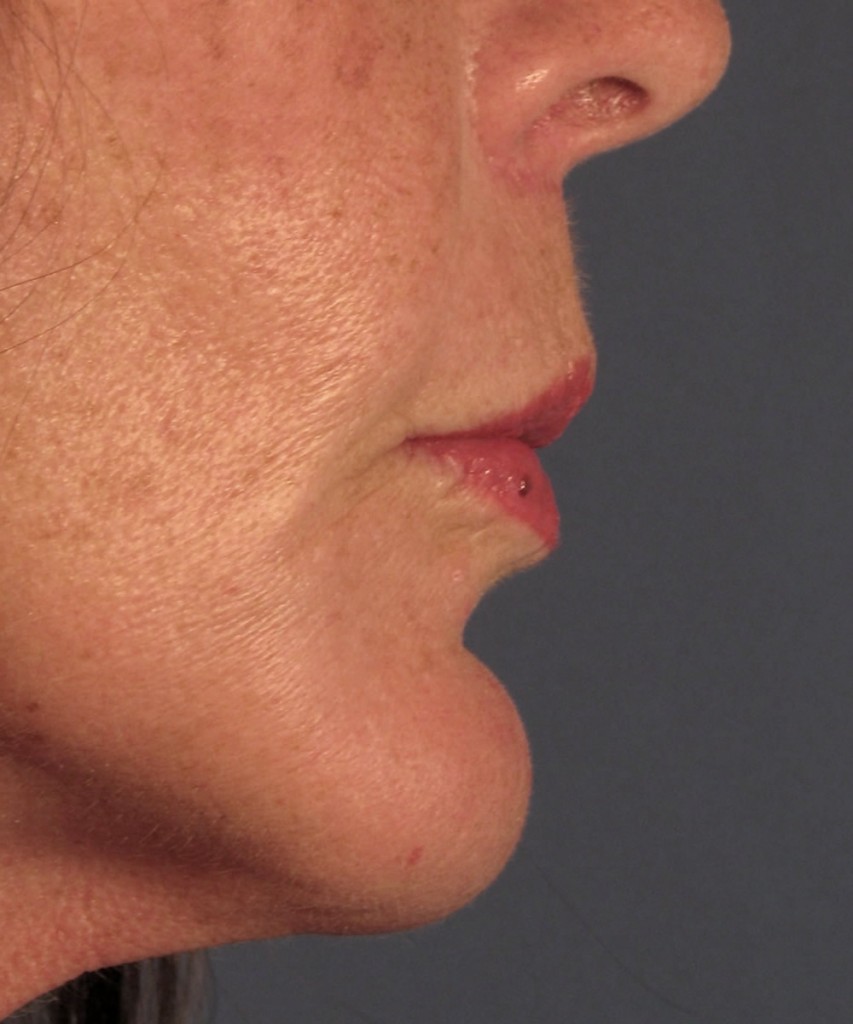