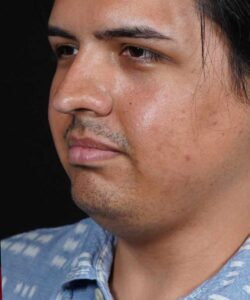 One of the most common procedures performed in all of plastic surgery is liposuction. This procedure is also known as lipocontouring since it utilizes liposuction technique to remove excess fat while contouring the neckline.

This young male patient came to Dr. Hilinski desiring to have a more defined jaw and neck. He was most bothered by the accumulation of excess fatty tissue under his chin and along this jawline. Despite his best efforts to reduce his weight, this area of fatty excess along the neck was quite stubborn.

Fortunately, Dr. Hilinski considered him an excellent candidate to undergo lipocontouring, or removal of the unwanted neck fat. The procedure took approximately one (1) hour to complete under a light sedation. In the process of contouring his neck, Dr. Hilinski made three very small slits in the skin – one behind each earlobe and one under the chin. Using these small access ports, Dr. Hilinski was able to first perform Vaser on the patient. This is a highly advanced technology that is often times used during liposuction procedures, especially in the neck region, to help ‘pretreat’ the fat using ultrasonic vibratory energy. In this manner, Vaser helps to breakdown the fatty tissues to make them more amenable to liposuction. Some of the Vaser heat energy also helps to tighten the skin and soft tissue from inside out – an added bonus for any patient having liposuction. Once the Vaser portion of the surgery was completed, the excess neck fat was then removed from these same three ports by suctioning it out with very thin cannulas. Not only did Dr. Hilinski remove the neck fat along his jawline, he also reduced the fatty layer along the mid portion of the neck and under the chin.

In patients this young, the skin still has enough ‘elasticity’ – the rubber band quality that allows skin to snap back – that it will readily shrink down to the new, smaller neck size. This doesn’t happen overnight, but does reliably do so over the first several months after Vaser liposuction.

His amazing neck liposuction results are shown below. As you can readily see, there has been a dramatic improvement in his jaw and neckline! Whereas he previously did not have much definition along the lower face and upper neck, he now has marked shadowing due to the fact that his actual jawbone is now visible since the excess fat was removed. This visible improvement is arguably even more substantial when looking at his side view.

If you have unwanted, excess neck fat and desire more definition along your jawline, contact our office today to schedule your Vaser liposuction procedure with one of San Diego’s best liposuction surgeons. 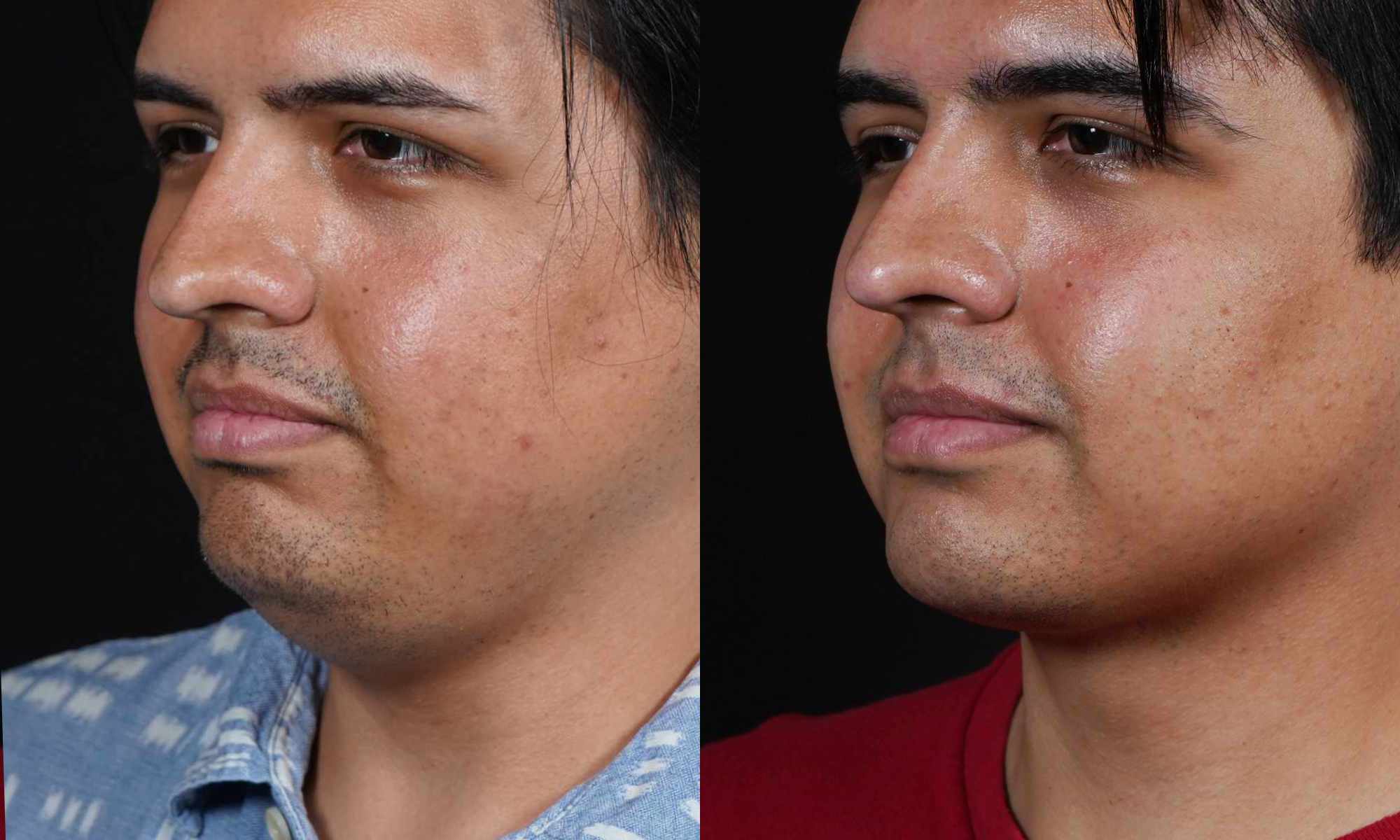 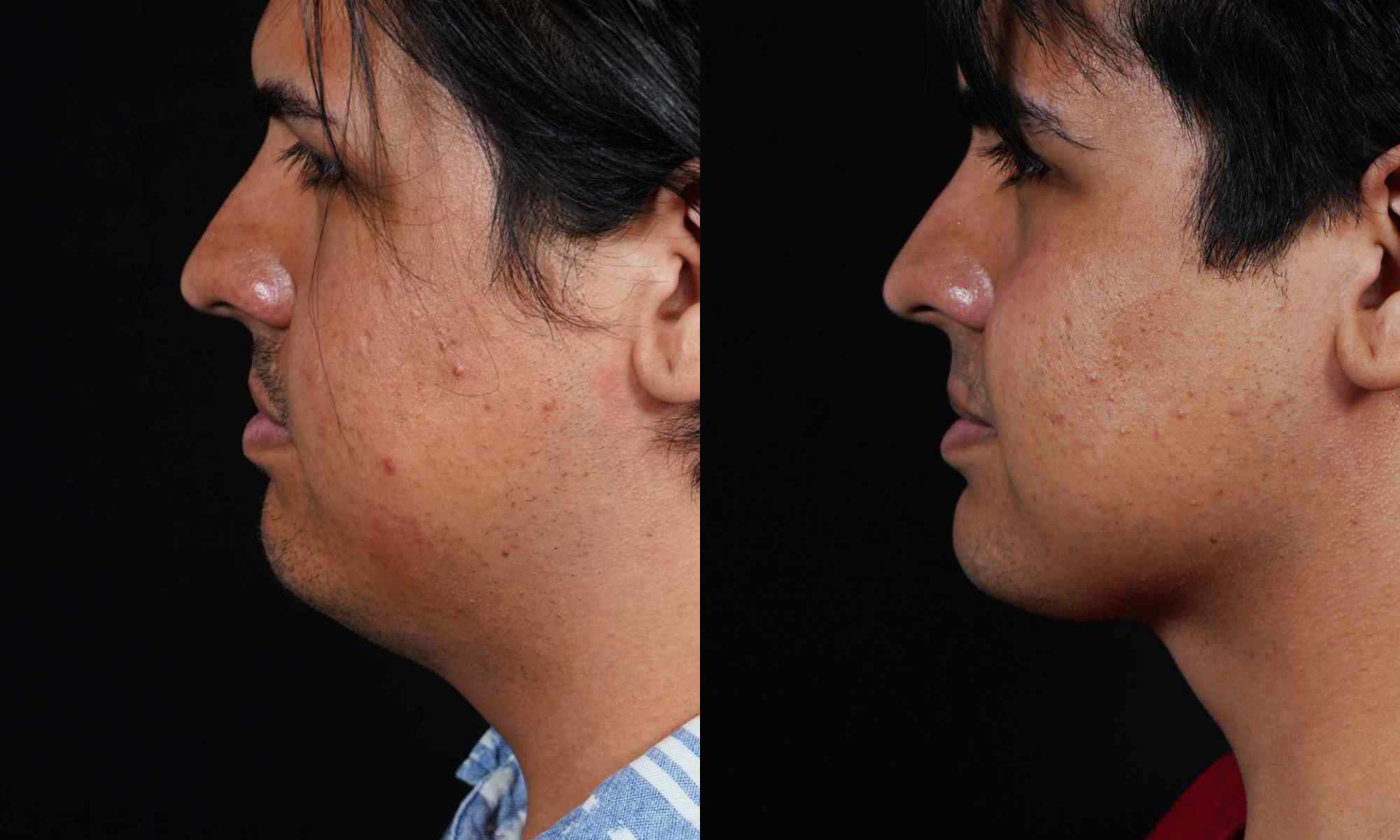 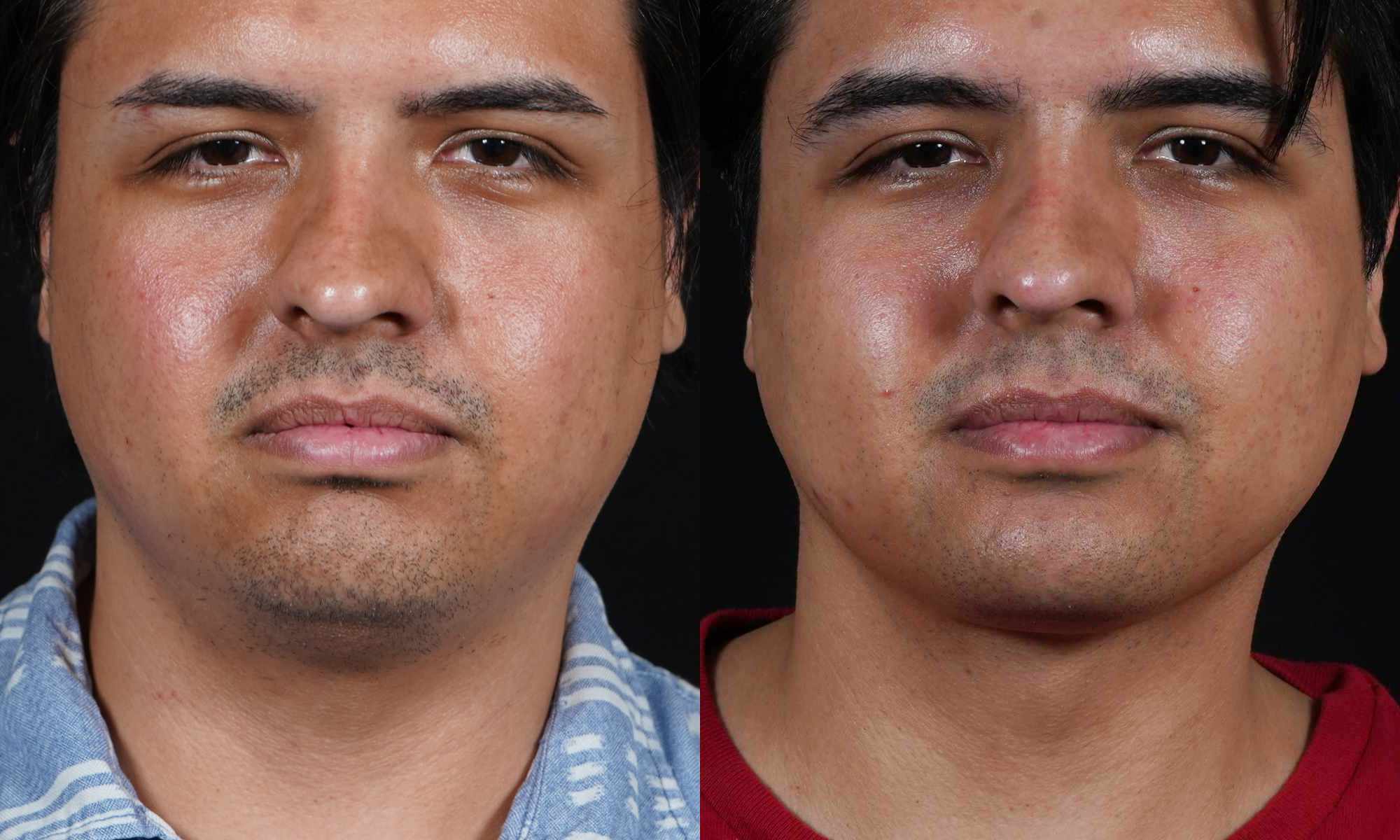